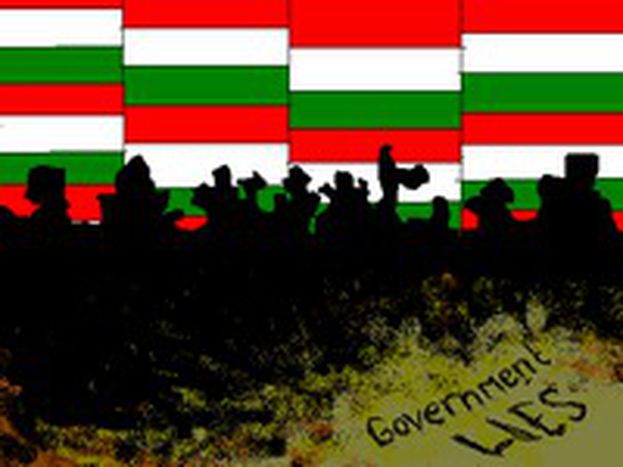 Fifty years after the Hungarian revolution was crushed, historians maintain that a compromise with Moscow was possible.

‘Hungary is not just a victim of, but a participant in history,’ says the professor Charles Gati. Fifty years after the uprising, Hungarian historians are revisiting their past with a much more critical eye. The revolutionaries could have negotiated a compromise with Russia.

“They had won a glorious battle, and for a time (how dreadfully short a time!) they rejoiced, even as they mourned their dead and lit candles on the thousands of freshly-dug graves,” maintains Peter Fryer in “Hungarian Tragedy”. The British socialist journalist described gripping scenes from the 1956 uprising, “Budapest! Her buildings might be battered and scarred, her trolley-bus and telephone wires down, her pavements littered with glass and stained with blood. But her citizens' spirit was unquenchable”.

Like Peter Fryer, many have retained a rather passionate romantic vision of the revolution. Hungary dodged and challenged the Soviet giant like the mythical ‘David and Goliath’. Stirring photos of teens throwing Molotov cocktails have turned the Hungarian fighters into the very symbol of heroic anti-communism. Collective Western guilt for abandoning the Hungarians in their lonely strife has also contributed to the emergence of the 1956 myth. This is especially true for the United States, which welcomed the majority of the 200.000 refugees after the failed uprising. During his recent visit to Budapest, George Bush echoed these sentiments once more, “Fifty years later, the sacrifice of the Hungarian people inspires all who love liberty. As people across the world step forward to claim their own freedom, they will take inspiration from your example, and draw hope from your success”.

The Hungarian revolution is widely regarded as the first major step towards the collapse of the Soviet bloc. But 2.500 revolutionaries and more than 700 Soviet soldiers were killed, and a further 1.200 Hungarians were executed in the ensuing years. And for historian Charles Gati, Politics Professor at Johns Hopkins University in Washington, Hungarians were not ‘sacrificed’ and could have achieved much more. He says „Totalitarian Soviet rule in Hungary was only possible with the co-operation of millions of people. History is not black and white, but grey. Some of the mud sticks to all of us”. The revolutionaries should have been more realistic and pragmatic during these crucial few days.

After researching CIA operational files and interviewing historical actors, Gati concludes that Moscow would have been ready to negotiate some moderate reforms in Hungary. After 1953, the Soviet political elite were strongly anti-Stalinist and on October 30 1956, they decided against the use of violence. But the violence that took place the following day in Budapest changed their minds and they sent the Red Army to crack down on the opposition. Hungarians were also far too demanding, Gati argues. Only Prime Minister Imre Nagy would have been able to temper these radical voices. Breaking with standard Hungarian historical tradition, Gati criticizes Nagy’s mythic figure. He was an uncertain leader, who unlike Tito, did not steer his people towards a more liberal socialist model.

Yet for his fellow researcher László Eörsi, researcher at the 1956 Institute, a more restrained behavior would not have altered the course of events. In his opinion, Moscow used the atrocities committed by Hungarian rebels against secret police officers to justify Soviet military intervention and secure Moscow’s sphere of influence. The Hungarian journalist Andras Gervai adds that Soviet leadership was so unpredictable in its decision-making that it is impossible to guess how Khrushchev and his comrades would have reacted had revolutionaries been more restrained. Finally journalist Paul Lendvai argues that the moderate reforms adovocated by Gati would not have been possible in the first place. Lendvai maintains that Hungarians believed the communist system was beyond a state of repair. For revolutionaries, it was all or nothing.

If historians do not share the same interpretation of the 1956 uprising, they do share a wish to demystify the revolution. Fifty years after the events, they take a soberer look at their history and at the responsibilities of their leaders. But amid the present celebrations and festivities, Hungarians are far from being reconciled with their past.