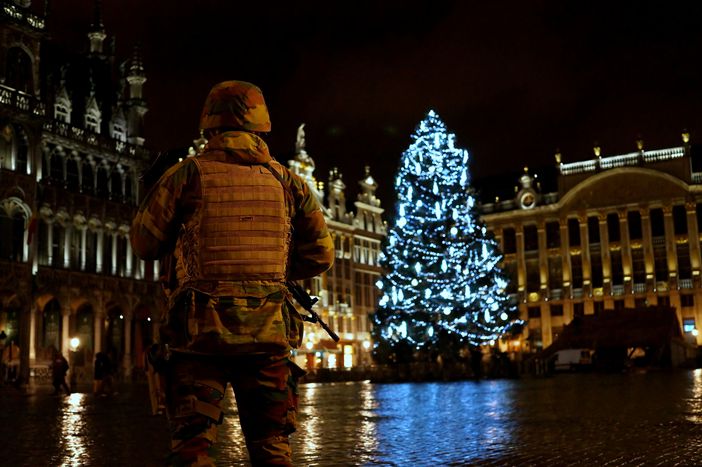 Brussels: Reporting from a city under lockdown

Chronicle of a day under "siege" in the capital of the European institutions. This is the story of a few hours of anxiety in a deserted city, locked down by the Police and Army. As manhunts and terror alerts continued past the weekend, drawing the city to a standstill, many questions remained unanswered.

Under siege. That is how the city of Brussels has lived for 4 days, since Friday night when the terrorism risk was increased to level 4, the highest possible level according to Belgian law. It wasn't until Wednesday that the metro was partially opened, and also some shopping malls and schools.

During this period, Brussels upheld its tightest security procedures, including the complete lockdown of the city, one of the most important European Capitals. This included the closure of the metro, cinemas, schools, universities and shops. The start of the traditional Christmas market period – an almost holy ritual for the Bruxellois – has been postponed to an as-of-yet undetermined date in the future. Public transport is nearly non-existent, as heavily armed patrols and armoured cars roam the city. The signs of a potential terrorist threat are displayed with utmost sincerity, without any notion of trying to hide behind a false sense of calm, or anyone saying "don't panic".

It is city scared by its own shadow, or at least by something it finds hard to identify. The city is overwhelmed by the potential of the unexpected. However, the city administration wants to show strength and determination against the threat, demonstrating that it is on top of the situation using everything at its disposal.

When one reads between the lines, the message being sent is that the danger is glaring, concrete, and unequivocal. It can be seen in the street patrols, consisting of a police office and two soldiers, scowling, visually scanning every passerby. Their radios crackle orders in a nervous tone, never seeming relaxed or bored, as one might appear in less necessary circumstances. All those on patrol have the faces covered, because danger could come from anywhere: a neighbour, the greengrocer or the supermarket shop assistant. It's important to be unrecognisable. 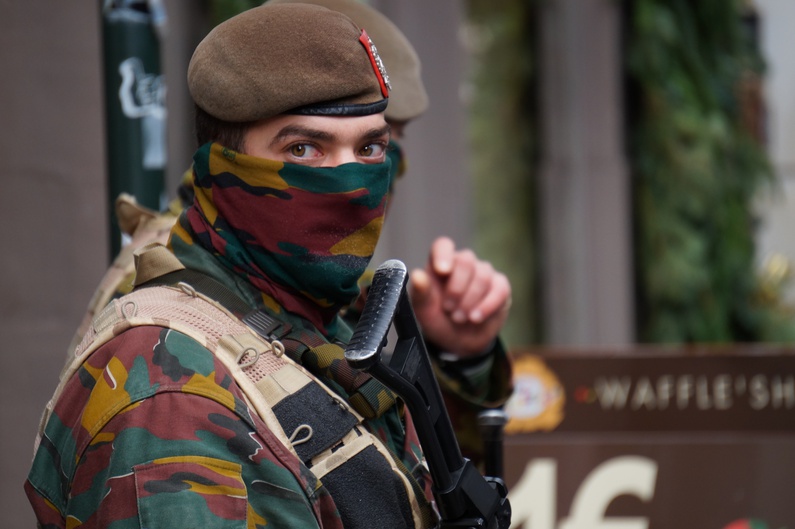 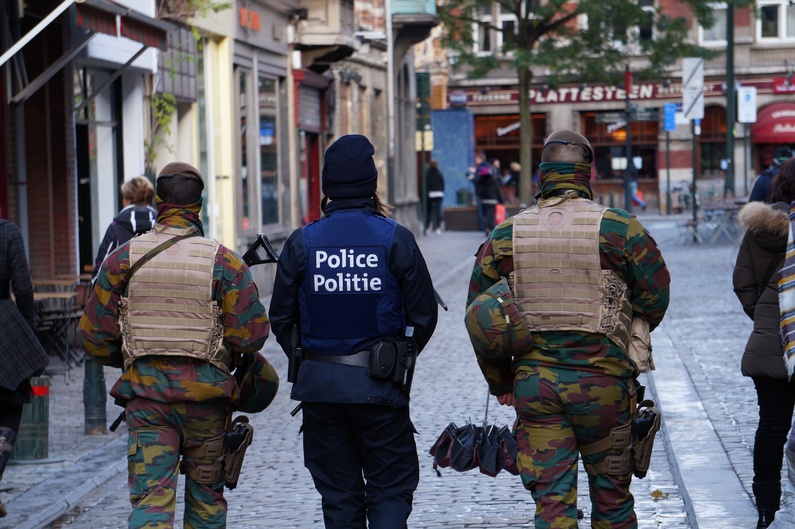 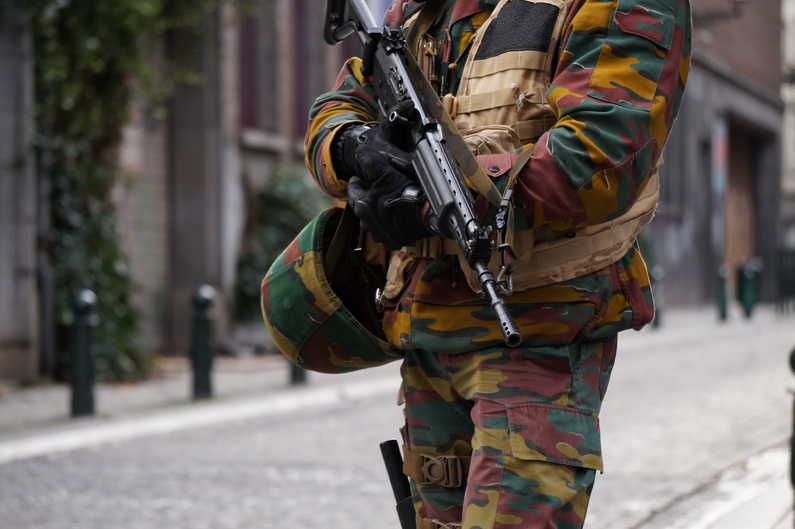 The work of journalists and photographers is still allowed to continue, but it is strictly controlled. Officers are meticulous about which pictures and videos are allowed to be taken, forcing journalists to delete any which show an uncovered face, seizing memory cards without hesitation.

The suggestion from the Mayor's office and police department to stay at home has been somewhat successful, but is aided by the biting cold, and the nervous atmosphere bristling with guns. The only sounds you can hear are the march of soldiers' boots and the low level chatter of the few cafes and restaurants that have decided to remain open, mostly empty. Avenue Louise and Place De Brouckère have become little more than parking spaces for armoured vehicles and police cars. 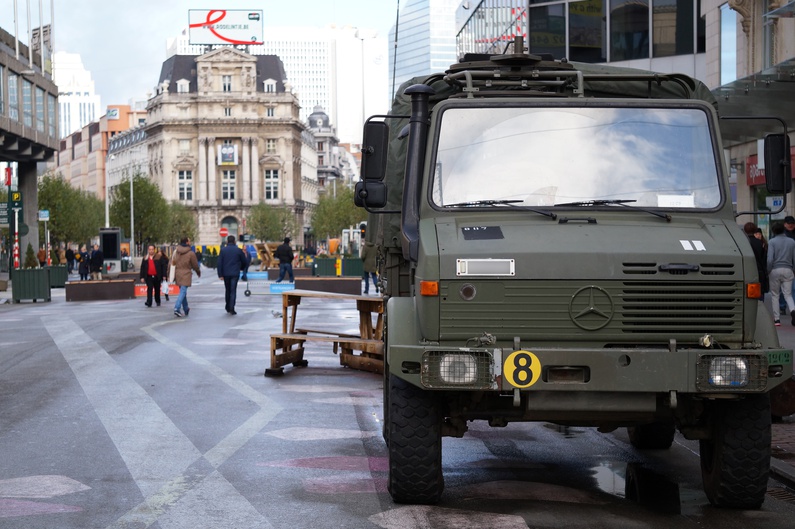 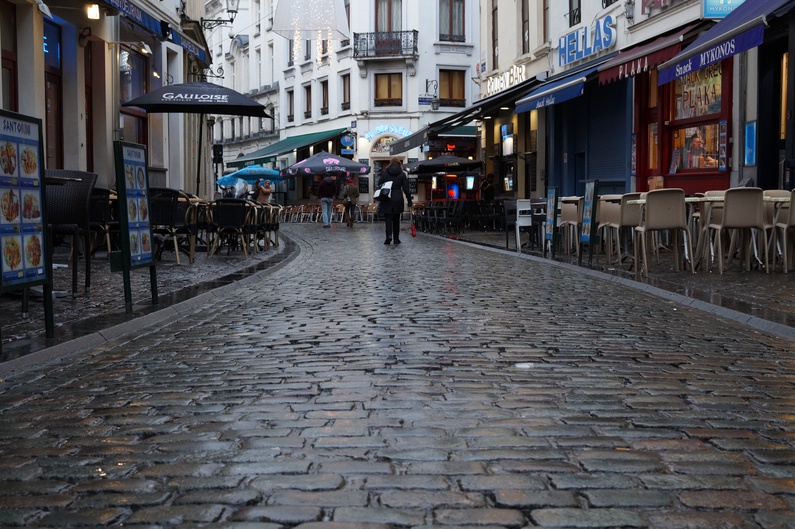 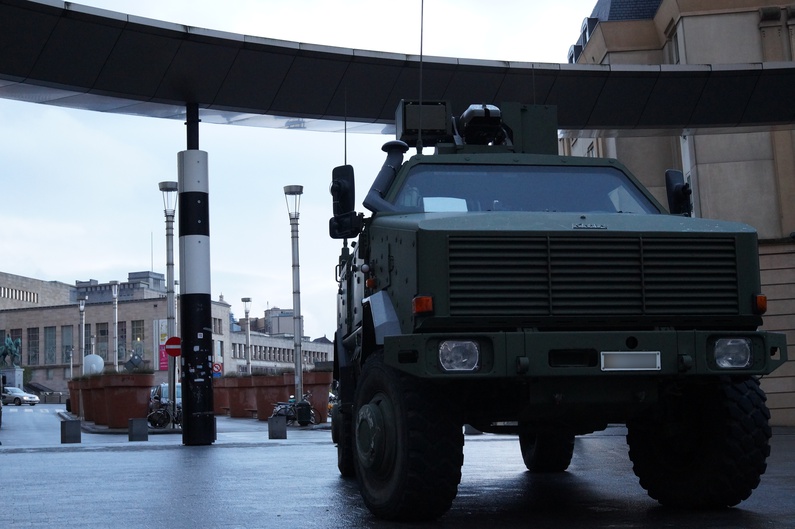 The worrying climax is reached on Sunday evening, when word of a massive police operation, involving soldiers entering the Radisson Blu Hotel, filters out through the city.

There is barely time to verify rumours, before dozens and dozens of police officers rush to close down the streets surrounding the central police station in rue du Midi, close to Grand Place. They create blockade around the perimeter, cutting off everyone inside. The officers' tones are abrasive, their agitation tangible – an attitude which is quickly transferred to journalists locked out of the "sterile" area. Two cars with sirens blaring are seen entering the block. Inside them, several men wearing balaclavas, probably belonging to Special Forces. 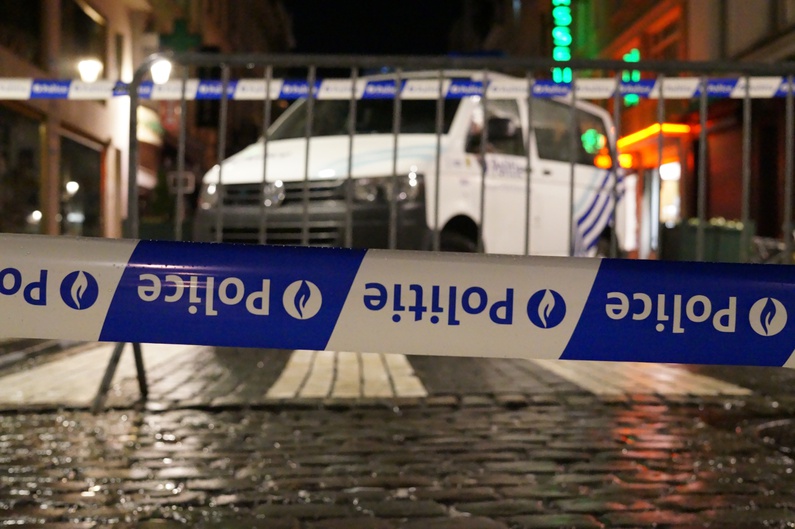 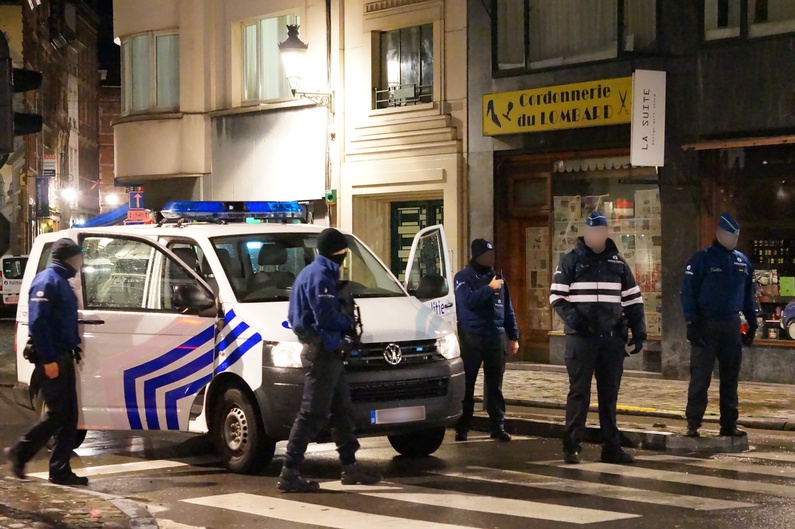 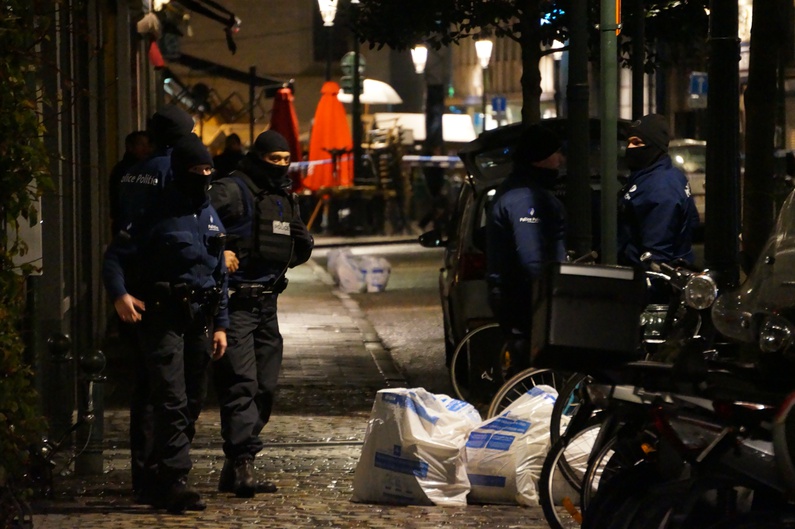 The officers guarding the perimeter make it clear that something has changed through their behaviour. Pictures are no longer allowed. Weapons are in hand, out of the holster, ears strain more carefully for orders arriving via the radio. A local resident inside the block has the irresponsible idea of letting a dog out at that moment: five officers surround him with guns drawn, ordering him back inside the house immediately.

One officer passes beneath people's windows, requiring them to keep them closed and to not lean out, due to the potential danger. Another officer addresses people outside the perimeter, calmly requesting that they not use social media to report police activity, or to live-tweet details of what is going on.

Meanwhile, word spreads among reporters outside of the barricade of a shooting in the district of Molenbeek. It seems the reaction of the police close to Grand Place is because of the fear of a possible attack on the police station. A journalist from Rome grumbles to himself: "If someone attacks here from the outside, we'd die like rats."

Prophetic? He does not even finish speaking before a Mercedes arrives at full speed with its high beam headlights lit up, seeming as though it wants to break through the road block. It stops only after Police raise their weapons. A moment of deep panic spreads among those present; anxiety levels are extremely high. The three people inside the car are forced out, showing their hands, searched and whisked away. The car is meticulously inspected, then removed. The three men were released shortly after, no longer considered to be implicated. They will surely have quite a story to tell. 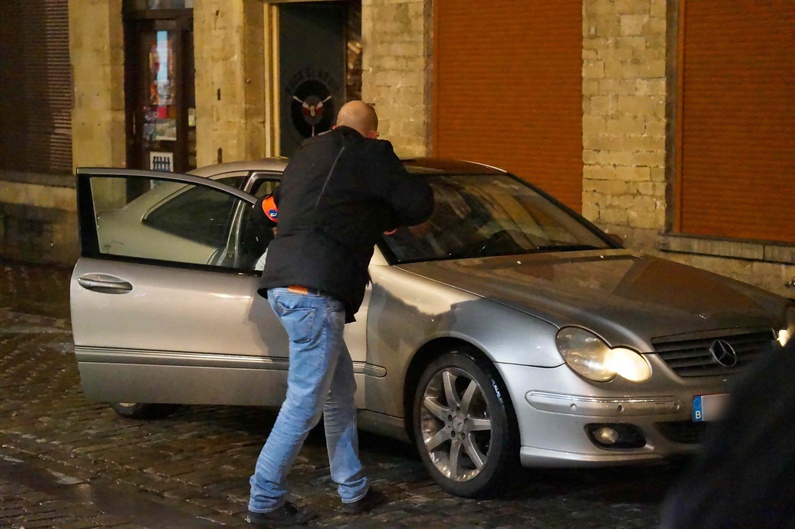 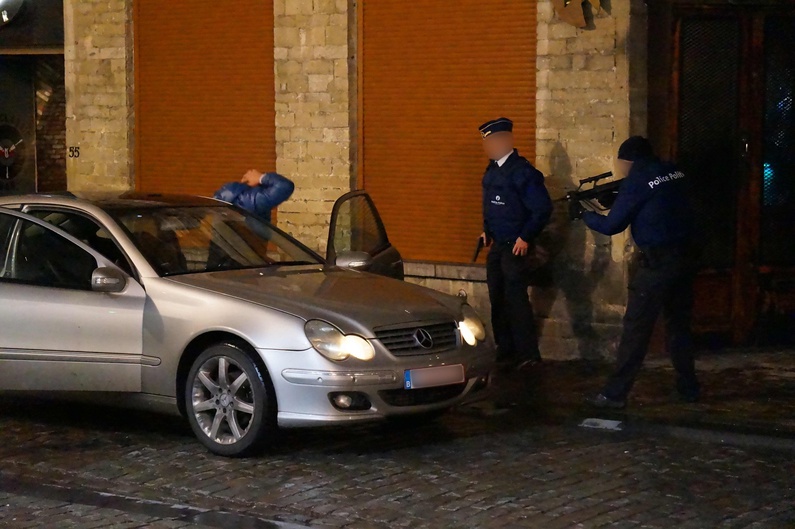 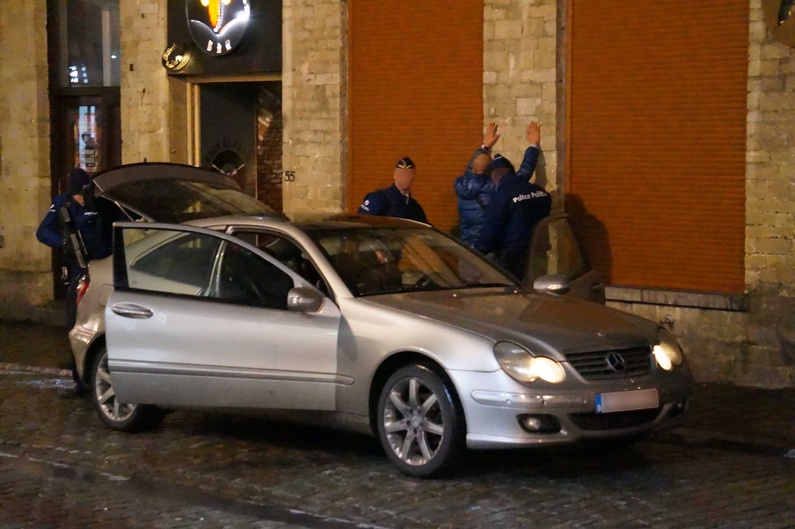 Live broadcasts pour in one after another. The security perimeter is reduced at first, then revoked entirely. The officers withdraw, while news of several arrests arrive from all the city, especially Molenbeek. There's 21 in total.

There is no shortage of criticism. Some of the testimonies collected on the street feel less nervous and anxious, but this is compensated by an increased irritation over the alert status and continued curfew, extended for the whole of Monday and Tuesday, having already being in place for the entire weekend. Among the most common complaints of the Bruxellois are the lack of concrete results, after the Police raids on Sunday – including 29 home searches and 21 arrests, though 17 of these were released within 48 hours, and only 1 has been charged with terrorism. 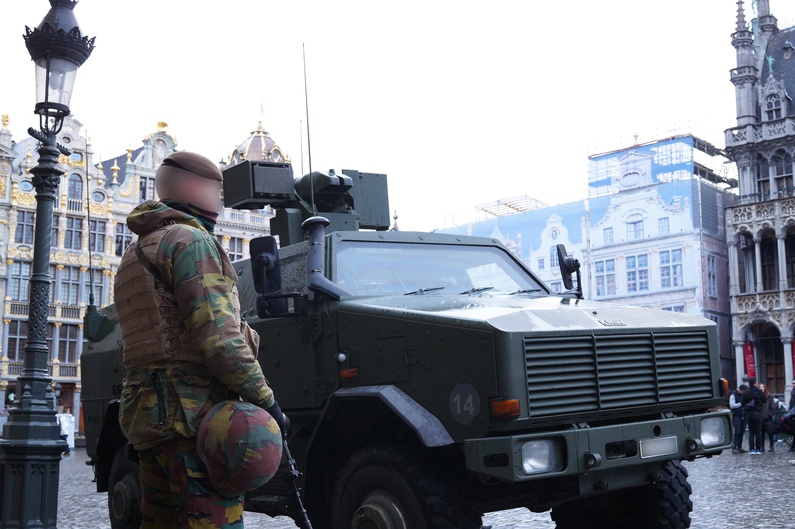 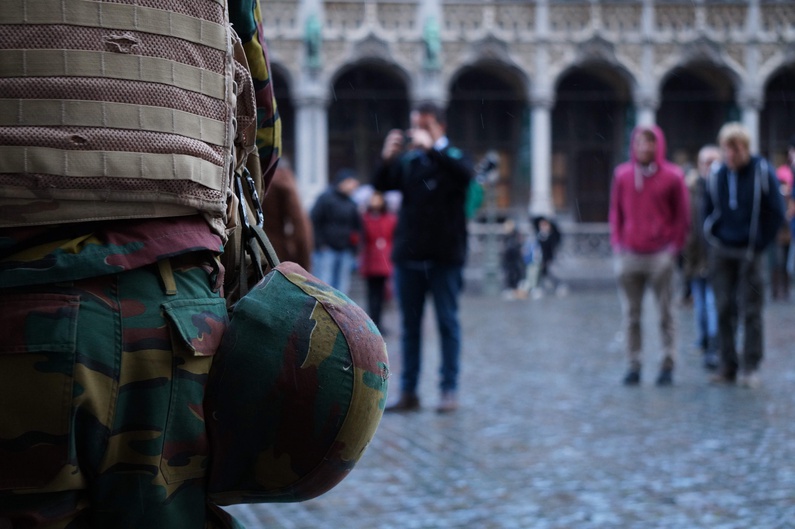 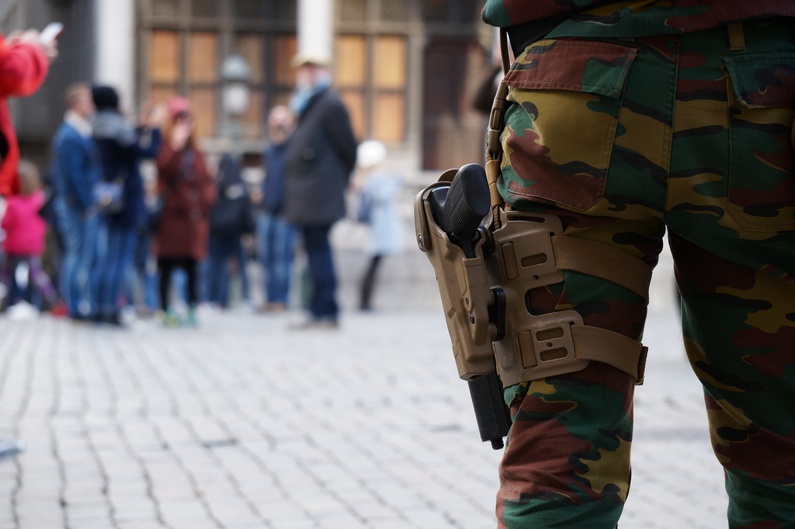 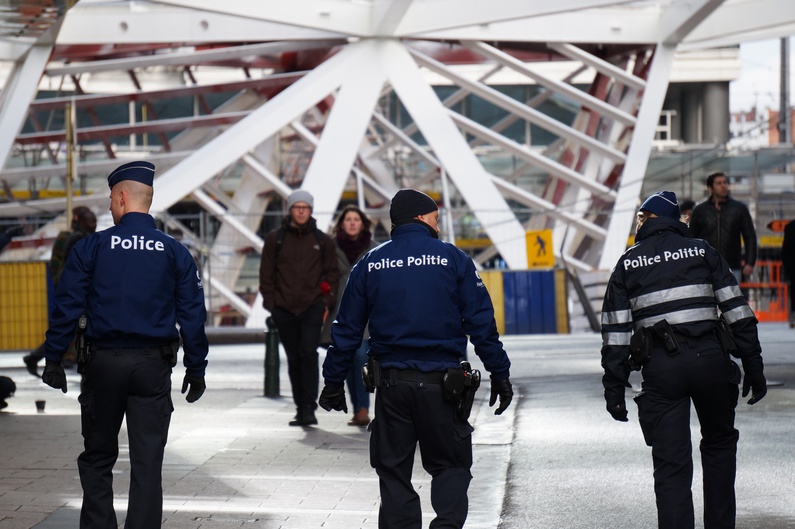 Four days of having a closed metro – and two of having closed schools, universities and public offices – weigh on citizens' shoulders. There are those accusing the government of being "taken in by terrorists," affirming that, "a stopped city is a victory for jihadists." But the problem is not purely a matter of principle. By talking to restaurateurs and the owners of the few shops that are still open, one discovers that the loss of income to businesses has been around 70-80%.

As of Wednesday the situation has slowly started to get back to normal. But there has not been any significant progress in investigations, and the most wanted Salah Abdeslam is still on the run. It seems we're still lacking results, but the basic question remains: what has changed that allowed the removal of these security measures?

The manhunt continues. Security measures are being lowered, but above all, the questions remain.