Brussels reacts to Brexit: Time to get things moving

Brussels had a rude-awakening last Friday morning. In a state of shock, the European institutions had no choice but to take a step into the unknown. One thing is certain: we must cast all uncertainty aside and act quickly. Cafébabel Brussels has this report.

No one wanted to believe it. As the referendum began, there was an increasing sense of optimism, as the rejection of a Brexit by the British people seemed likely. By Friday morning however, Europeans were shocked to discover that the United Kingdom had decided to put an end to its love/hate relationship with the European Union, having chosen "Little England over the continent", in the words of Churchill. Aside from the considerable shock, sadness is pervasive across Europe, as the realization sets in that the European Union will have to say au revoir to one of its member states, thus ending a 43-year-long European marriage.

The role of the institutions: Act quickly and avoid a contagion

Whether in Berlaymont – the European Commission headquarters, at the European Parliament or at Juste Lipse, the headquarters of the European Council, everyone shared the same primary concern. How could a chain reaction be avoided? Since the announcement that Britain had voted to leave the EU, there have been calls for referendums across Europe (Frexit, Nederxit...). The Parliamentary president (Martin Schulz) and the chairmen of the political groups met for an extraordinary "Conference of Presidents" after which they called for an emergency meeting to take place next Tuesday the 28th of June. 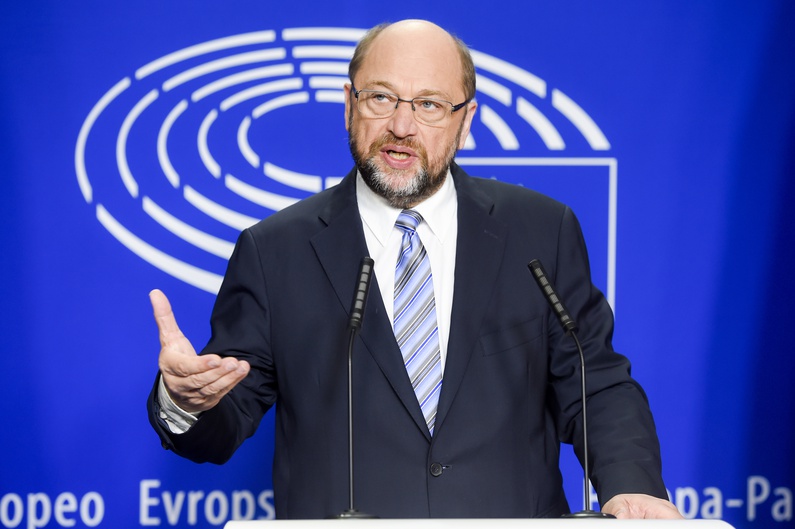 Martin Schulz, president of the European Parliament described the aftermath of the referendum as "a difficult time for the Union and the United Kingdom", to which Donald Tusk added that it was "a historic moment, but not a time for hysterical reactions". Everyone agrees on one thing: we must act quickly and avoid a domino effect.

At 9:30 Friday morning, while Martin Schulz was talking in Brussels, David Cameron announced his resignation in front of 10 Downing Street – with the caveat that he will only step down in three months time. He expressed his desire for a new leader to make the decision about when to trigger Article 50 of the Lisbon Treaty, thus invoking "a voluntary and unilateral exit" from the European Union.

Guy Verhofstat, president of the ALDE group in Parliament, thinks that this delay can't be allowed to happen. In his view, Europe must assess, as quickly as possible, the necessary judicial and procedural steps. There is no time to waste on "cat fights" within the Tory party, while there is a threat of other member states calling for referendums.

It was with much emotion and a tremulous voice that Martin Schulz expressed himself on the "morning after". But the need to respect the decision of the British people and initiate proceedings as quickly as possible was generally recognised. Like many others, Manfred Weber, president of the EPP group "regrets this decision but respects it" and urges David Cameron to make the next move as quickly as possible. Ideally, Cameron would trigger Article 50 during the next European council meeting, due to take place over the 28th and 29th of June.

What about Scotland and Northern Ireland?

Contrary to their more Eurosceptic English and Welsh compatriots, the Scots voted for maintaining the status quo, as did Northern Ireland [with 62% and 56% respectively for Remain, ed.]. Imagine their surprise when they woke this morning to discover that they too will be forced to leave the EU.

Reactions from nationalists have come in quickly: Sinn Féin, the former political wing of the Irish Republican Army (IRA), called for a referendum for a united Ireland as soon as the results were published. We must not forget that Europe has injected millions into Northern Ireland through the "Good Friday Agreement", a peace deal that put an end to 30 years of sectarian conflicts in 1998.

By mid-morning, it was Nicola Sturgeon's turn to speak her mind. She sees "her future within the European Union", claiming that it is highly likely that Scotland will make arrangements to call for a second independence referendum.

Is this the end of Europe? 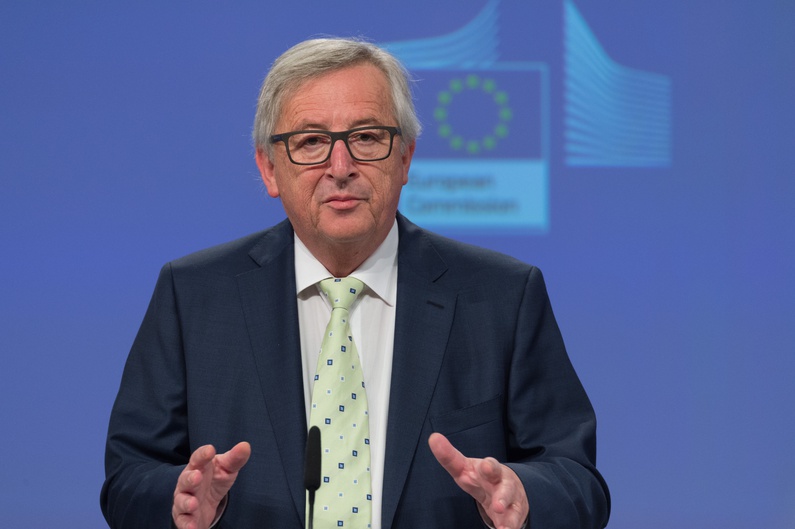 It wasn't until the end of the evening that the President of the European Commission finally spoke, having met with Martin Schulz, Donald Tusk and Mark Rutte (the Dutch Prime Minister and current holder of the rotating presidency of the Council) to discuss the implications of the referendum. "I would like everyone to know that the state of uncertainty into which we have entered will not last long. We must speed things up."

When asked, "Is this the beginning of the end for the European Union?" the president of the European Commission replied clearly and concisely: "No." Before exiting the stage – a rare move – amid applause and laughter from the journalists present.

The British public has had enough of experts. Having voted 52% in favour of leaving the European Union, the (Not So) United Kingdom will now start on it’s merry way down the road leading out of the EU. What’s next for the cake-filled, misery laden grey old island? Is this really ‘Independence Day’? Will the pound ever recover? Frankly, we haven’t got a clue. But a few Babelians might be able to help…