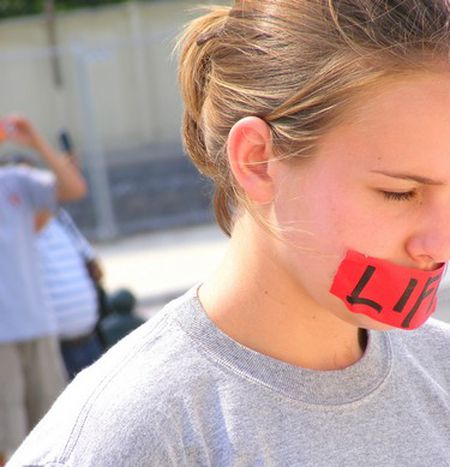 As Ireland prepares for a second referendum on the Lisbon treaty, a campaign to have abortion access recognised as a human right is giving a network of conservative interests cause for concern

The first article appeared in The Irish Times in February 2009. Published as an opinion piece, the title was geared to grab attention: Yes vote on Lisbon could open the door for abortion. It railed what it called a ‘political propaganda’ drive on behalf of the government, arguing that its ‘dishonest’ public information campaign in the run up to the referendum ‘should be illegal’. The author was a man named Richard Greene.

In July came the second piece, this time a letter to the editor, signed by the same Richard Greene. The title, Lisbon treaty and abortion, again linked two issues which the European council has been insisting are not related. Its target was the ‘make noise for free choice’ campaign launched by Swedish MP Birgitta Olson. Olson has begun to gather signatures for a petition asking the EU to declare access to abortion facilities a human right. She denies the aim of forcing Ireland to provide abortion, however. ‘We're not seeking to change Irish law,’ she told The Local. ‘We are not pushing for a European law. The European commission would need to raise the issue, but they cannot force countries to do anything.' She hopes to collect one million signatures; 4320 have been gathered to date. Greene’s letter claimed that this was the movement that would see abortion introduced on Irish soil. 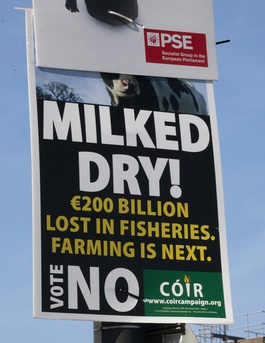 The letter-writer has good motivation to share his opinion with the Irish public. Greene is the spokesperson for an organisation known as Cóir, a conservative catholic pressure group that has been campaigning for a rejection of the Lisbon treaty since 2008. The group has emerged as the one of the most visible elements on the ‘no to Lisbon’ side, despite representing the most extreme elements on the spectrum of Irish opinion. Few have failed to notice their recent €1.84 minimum wage after Lisbon? poster campaign, but many are less informed about their background as a pressure group.

‘Form of cooperation in evil’

The Cóir campaign maintains that further integration with Europe will be a threat to the preservation of Irish catholic values, criticising the EU’s ‘heavy-handed insistence that the immoral beliefs of some member states be forced upon all member states.’ Cóir is behind the publication of The Catholic Voter’s Guide (2008), a booklet which accuses the EU of having ‘an anti-christian agenda’. It attacks what it called the EU’s ‘radical feminist resolution,’ and claims that its policies have ‘boosted the agenda of homosexual activists.’ ‘Many of the EU member states have accepted immoral laws which allow for abortion, for embryo research and for other evils,’ reads TheGuide. ‘The Lisbon treaty seriously undermines Ireland’s right to stand apart and to maintain our catholic values. The Guide is candid in its political agenda. It quotes a memo sent by then-cardinal Ratzinger to the US catholic bishops advising on the right way for a catholic to engage in political life. Voting for any candidate or legislation that may directly or indirectly lead to the adoption of any practices condemned by the church is ‘a form of cooperation in evil.’

87% of the Irish count themselves as roman catholics, according to the most recent referendum in 2006

Basing a political argument on the pronouncements of Pope Benedict XVI and Pope John Paul II might seem unusual to outside observers. Yet Cóir is operating in a sympathetic environment. 87% of the Irish count themselves as roman catholics, according to the most recent referendum (2006). This figure reaches an astounding 99% in some rural regions. Church attendance has suffered, however, particularly over the child sex abuse scandals of recent years. It remains to be seen how many might take Cóir’s criticism that the demands of Pope Benedict (that god be acknowledged in the EU constitution) were ‘roundly ignored’ as sound basis for rejection of the Lisbon treaty. 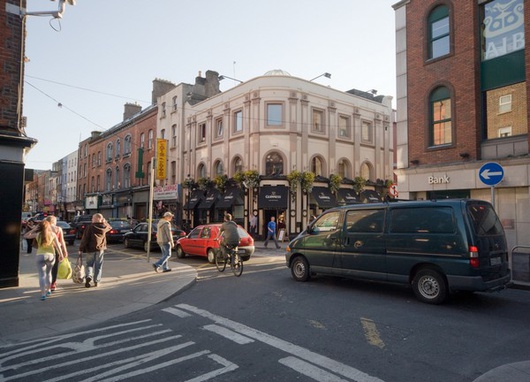 The Cóir campaign is part of a network of overlapping conservative catholic pressure groups that all operate from the same address on Capel Street, central Dublin. They are headed by Youth Defense, which has joined with extremist groups in the United States in picketing and occupying family planning clinics. Youth Defense were instrumental in the notorious 1998 ‘Miss C’ case, in which they took a 13-year-old rape victim to court in an attempt to prevent her from travelling to England for an abortion. The leaders of Youth Defense were invited to meet with Pope John II in 1995, and he advised them to ‘continue in your apostolate and be courageous.’

The Capel Street base has given rise to myriad groups over the years that are essentially the same interests operating under different names. These range from ‘the mother and child campaign’, to ‘pro-life Ireland’ to ‘truth TV’. The Cóir campaign is the latest of these, but in a sense it has achieved more than any of them. Like 'no to Nice', the Capel Street group that pushed for the rejection of the Nice Treaty in 2001, Cóir has managed to transcend its narrow fundamentalist background and redefine itself as a relatively main-stream protest group, to become a leader in the campaign for a second ‘no’.