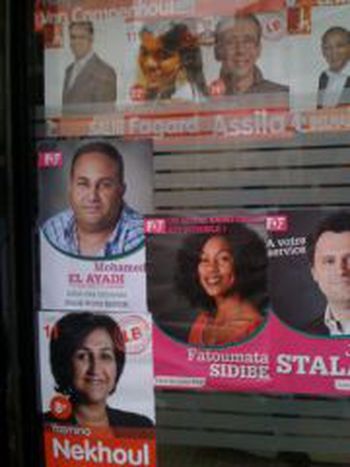 Brussels’ multicultural local elections and the future of Belgium

By Elena Fanetti Less than a year after the political crisis in Belgium was surmounted through the formation of a federal government determined to keep the country together, Belgian citizens voted at the local elections on October 14th. Many again wonder if the electoral results will lead the country into a new national crisis due to the Flemish-Francophone divide.

Notwithstanding this fact, in Brussels the attention of the expatriates was captured by the considerable presence of foreign candidates in the electoral lists, showing that perhaps the future of the city and the country politics is more multicultural than many believe.

Belgian citizens above the age of 18, as well as foreign citizens legally resident in Belgium, went to the polling stations last Sunday to choose their preferred candidates for the municipal and provincial councils. This is the first election in the country after the national political crisis was resolved about a year ago with the formation of a federal government led by the Francophone Socialist Elio Di Rupo. This was the result of an agreement reached among Flemish and Francophone political parties 541 days after the Belgian citizens had voted at the national elections in June 2010. This guaranteed a modern-day record for Belgium as the country which has gone the longest without a government.

This political impasse was the result of the deep historical divide between the two main Belgian regions: Dutch-speaking Flanders and French-speaking Wallonia. The third region, “Brussels capital”, is the only region of the country that is officially bilingual. The struggle between the two main linguistic groups in the country has undeniable consequences on politics and political parties. For example, the Flemish and the Francophone Socialist Parties are two separate entities in Belgium. The Liberal parties have different names in the North and the South of the country, and most of these parties present separate lists, one for the Francophones and another for the Flemish, at the national elections. This situation also occurs in local elections in bilingual Brussels.

If you have lived in Belgium long enough, I am sure you do not get surprised anymore when you hear about these political and institutional arrangements that are typical of Belgium. Probably, your Belgian acquaintances have already explained you that these are necessary measures to dampen the secessionist forces of some groups and political parties, particularly vigorous in Flanders, and to keep the country together.

You might also be aware that the new threat arising from the immediate local elections results has come from Flanders too. The victory of Bart De Wever who was elected mayor of Antwerp, the biggest Flemish city and economic capital of Belgium, has brought the North-South division of the country back to the top of the agenda. Leader of the N-VA party (New Flemish Alliance) that strives for the gradual secession of Flanders from Belgium, De Wever's party obtained a large electoral result in the whole Northern region. On the evening of its elections, he has frightened many with his anti-Francophone discourse.

Yet, if you are an expatriate living in the Belgian capital, your attention in this electoral period was probably caught by the impressive number of candidates of non-Belgian origin in the communal electoral lists, which is quite uncommon in other EU countries. This was more evident in Brussels’ communes such as Saint-Gilles, Ixelles, Etterbeek, Saint-Josse-ten-Noode where about 40% of the population is foreign. Here, Turkish, Moroccan, Portuguese, Italian, Greek, Polish, Congolese and other African names and faces representing the different migrant communities were displayed on the numerous posters strewn all over the neighborhoods.

Perhaps, you were approached by a candidate who tried to convince you to vote for him/her using as the main argument your common national origin, implying that your ‘national’ interests would be represented in case he or she would win seat in the communal council. You probably just realized at the same moment that you had the right to vote at the Belgian local elections as a foreign resident. In fact, Belgium is one of the first European countries to consent foreign residents from other EU as well as from non-EU countries to vote at the local elections. Belgian residents of an EU nationality are also eligible to contest for a seat in the council in their commune of residence.

Elisa M. voted at the local elections in Saint-Gilles on last Sunday. An Italian national, she has been a resident of Brussels for a total of six years now. In September 2006 she came to spend her Erasmus year. After her student-exchange was over, she started an internship that turned into a temporary and finally a permanent job. This was the first time that Elisa voted in Belgium. She was quite excited and asked Barbara, her Walloon neighbor who was voting for her second time in Brussels, to go vote together.

I decided to join them on their way to the polls, and took advantage of the nice walk together to ask them few questions. When it came to how Elisa made her political choice in her first Belgian election, she told me that the Ecolo-Groen coalition had mostly caught her attention. The reason for this would be that, in addition to their pro-European programme, the Green Parties were the only ones that overcame the linguistic divide by presenting a common list in most Brussels’ communes. This was for her a sign of maturity and serious commitment to the future of the city.

When I asked about the multicultural candidates in the electoral lists, both girls seemed content about their presence. However, Barbara raised her concern that these candidates should not try to get a seat through the vote of their countrymen only, nor with the purpose to represent their nationality inside the communal council.

At the end of the day I concluded that young people living in Brussels, whether they are Belgians, Europeans or of other origins, are not interested in the main topics that characterize the country’s political discussion as it is broadcast in the national media. This is particularly true for people of non-Belgian origin who do not feel any interest or connection to the linguistic struggle between the two national groups.

The many people of foreign origin living in Brussels have experienced what it means to live in a multilingual and multicultural environment since their early days. What they wish for is an inclusive and tolerant future for their city. It is maybe not just coincidence that the Prime Minister is a Belgian-born son of migrants. The increasing participation of people of foreign origins into politics might enable reshaping the future of Brussels and who knows maybe of Belgium.