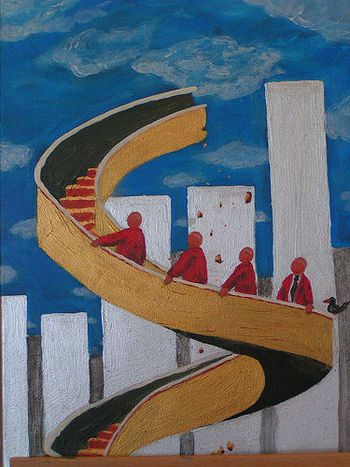 The crisis is confronting young entrepreneurs in Brussels. Whilst some have excellent qualifications, those who don’t have a battle on their hands

In Brussels, an abyss is developing that threatens to swallow many young people. It is growing larger every day that the economic crisis continues. The youth of Brussels paint an ambivalent picture. Whilst the managers of tomorrow tend to see the crisis as a challenge, those who did not complete their secondary education are fearful.

More than 34% of young people are unemployed in Brussels

‘Most young people here just want to know which jobs are secure,’ reports François Deblander from the Inforjeunes ('In for youth') welfare centre in Brussels. ‘They want to start earning money as quickly as possible.’ Most of the young people who go to Deblander for advice already have a long history of failure. He deals with those without qualifications who can’t find a job on their own. There are many like this in Brussels. More than 34% of young people are unemployed: this figure increases among those without qualifications. French-speaking job seekers experience particular difficulties. ‘Only people with degrees who can speak other languages can find employment,’ says Deblander; it’s a real problem for his youngsters.

Creativity in the crisis

However, even young people with a good education are not guaranteed work and therefore try to expand their horizons. ‘People always become more creative during a crisis,’ confirms Bernard Van Steenberge from Michael Page, the personnel consulting group. He criticises the rigid structures implemented by many companies, although he concedes that this can create unanticipated opportunities: ‘If larger companies are not willing to adapt to changes in the market, this opens the door for new, young companies.’ 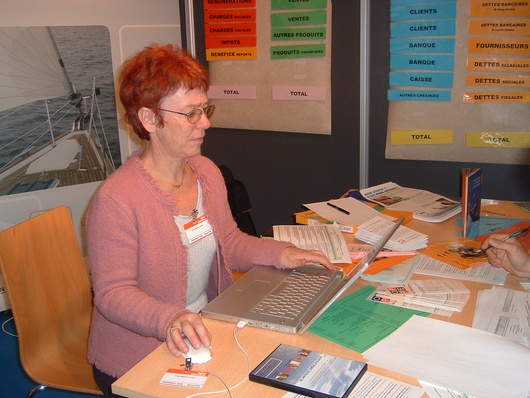 Vincent Reuter, chairman of the Walloon employers’ association (UWEL), also recognises the potential the crisis offers. He sends out the following appeal: ‘Seize the opportunity to do something new!’ Annick Lefèvre supports him and, together with her Walloon organisation FREE, wants to awaken the entrepreneurial spirit in young people. ‘The crisis represents a major opportunity for young businesspeople because action must be taken,’ she explains, shrugging her shoulders. ‘Unfortunately, many of them still don’t get it.’

Lazy and too demanding

This isn’t the only problem. Young people are too lazy and, at the same time, too demanding. ‘Many young people are deluded,’ complains Lefèvre. ‘Young entrepreneurs dream of cars and holidays and want them right now, even though they won’t be earning much for the first few years.’ Van Steenberge has also observed that young people tend to place more importance on comfort. ‘More and more young people try to maintain a balance in their life, meaning that their job takes a back seat.’ The personnel manager has come up with a French name for this new generation: ‘Consommateurs d'expériences’ – experience consumers.

François Deblander’s visitors are part of this generation, although they have different problems. Many of them dream of owning their own companies. Inforjeunes offers special training for young people setting up on their own. ‘People come to us who can’t find their place in the traditional system.’ They aim to become independent because they have no alternative. And most young entrepreneurs – qualified or not – end up failing.

Young businesspeople find it especially difficult to manage their companies, explains Annick Lefèvre. ‘They are unable to plan for the long term,’ confirms her colleague Fabienne Baise from the young entrepreneurs association, adding, not entirely altruistically: ‘Which is why they need someone to help them.’ 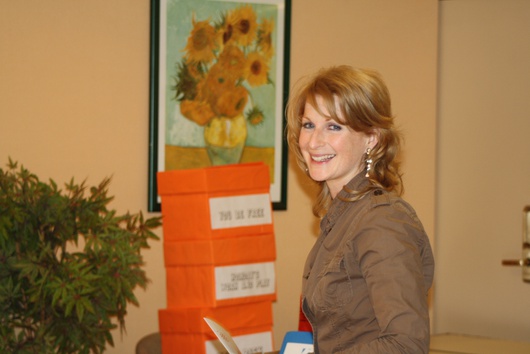 Alain Hosdey, a consultant with the temp agency Unique, also believes that young businesspeople need support, albeit from banks. ‘It is much more difficult these days to get a loan.’ Since the crisis began, trust has hit an all-time low. ‘Most small and midsize companies do not have enough capital of their own.’ It’s a problem that affects all fledgling businesses. The experts fighting for both sets of youngsters agree on the reason why so many of them fail in their attempts to start their own businesses: a school system that does not prepare them for the jobs market and imparts knowledge that, for the most part, proves useless. ‘The school system reinforces inequalities that already exist between students and does not help them find their direction in life,’ criticises Deblander. Fabienne Baise is also dissatisfied. ‘Schools give the impression that going into business is a bad thing.’

Despite the differences between these two groups of youngsters, their problems are essentially the same.

Read more from our local cafebabel.com team in Brussels - their trilingual blog is here