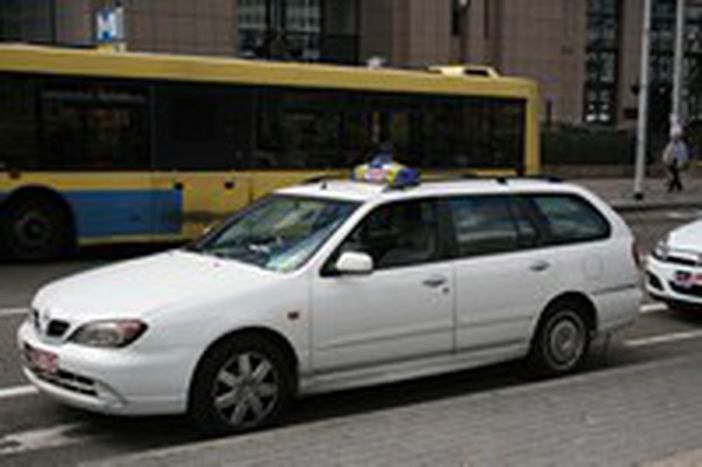 Brussels: chaos for the initiated

The fifth and last in our ‘taxi’ series. In Brussels, you catch them from taxi locations specifically created to this end, at different spots in town

I am alone, it's 10pm and I am in front of the central train station and a long queue of white cars. Engines switched off, they wait for unlikely clients in a street already practically deserted. I’ve only got 20 euros, in other words ‘not a lot’ in this town where the taxi is a luxury. I just have to find a chatty one if I want to make the most of the little time this little blue note will allow me to spend inside it.

My driver seems pretty well disposed to discourse. The first ascent towards Square Royale is already the setting for violent criticism of the regulations and competition in his sector. 'It’s nothing but wheeling and dealing here my friend,' he fires at me, embittered, with an accusing gesture of the hand. 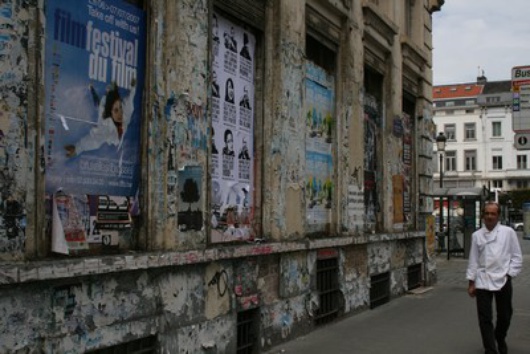 I don’t know why tradition dictates that the passenger always be in the back seat, thus obliging the driver to constantly swing his gaze back and forth between the road and the backseat waving his arm in all directions at a speed proportionate to his degree of exasperation. It would be far easier to criticise everyone and everything sat beside one another in the front. 'Nothing but scheming,' he curses, referring to the monopoly held by certain taxis at the exit of the airport, and the habit the Flemish have of illegally crossing the linguistic barrier to come and source clients on Brussels’ territory. Something pretentiously called 'the community wars' in Belgium obviously doesn’t spare the taxi world. 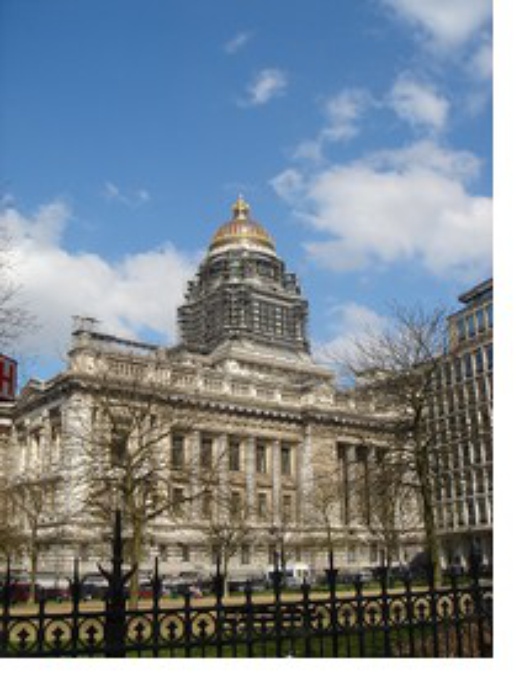 We pass Godefroid de Bouillon, proud and transfixed on his stone horse in a badly-lit square. We enter Royale Street opposite the imposing law courts built during the reign of Leopold II. If one carved it up, all the stones of this building would form a metre high wall linking Brussels to Arlon, the furthest eastern border of this little country made up of bits and pieces, smack bang in the middle of a continent which, like her, is looking for a common identity.

Between the King of Jerusalem and the biggest relic of the King of the Congo, our little taxi bumps and jolts over the cobblestones of the narrow street, the main artery of a town that lacks the style of a capital city, in a country which doesn’t resemble a great conquering nation and whose self-proclaimed kings of these exotic lands could never be anything but impostors!

The road encircling the historic heart is called la petite ceinture ('the little belt', or the inner ring). Should we consequently conclude that it clasps it in and prevents it from growing and breathing? For beyond this little pentagon, made up of little cobbled streets emerging in its centre onto the famous Grand Place, begins the realm of glass and concrete.

A mish-mash assortment of houses and tall blocks of flats, in old and new style, in good and mostly bad taste, resulted in the addition of the word bruxellisation ('brussels-isation') to the French language dictionary, to adequately describe the architectural shambles of a town.

Disorder for the initiated

'It’s the capital of chaos,' says my 'friend' at the steering wheel, as we pass in front of Berlaymont, the European Commission headquarters. I interrogate him about Brussels and its role as the European capital. As we turn and head back towards one of Brussels' nineteen districts, Ixelles, I think back to the saying that requires capital cities to be the reflection of their nation. Isn’t this disordered architectural assemblage in a town on an identity quest actually a remarkable portrayal of this continent it is supposed to represent? An enormous building site where everyone builds on his own side, in his own way, hoping that at the end of the day a certain harmony will emerge from the ill-assorted whole.

Fifty years after the Treaty of Rome, the old continent is discovering its European soul. But where, then, is the soul of Brussels hidden? Most certainly not in this quarter which empties of its tie-wearing Eurocrat population at 5am sharp to straighten up its silent and deserted streets for the following morning.

Is it missing? Is the only charm of this town its silence, once night has fallen and its lights motionless by night on these pale towers? 'The soul of Brussels? It’s hidden in its bars and pubs. Reserved for the initiated.' Chance would have it that the counter reaches the fateful figure of 20 euros in Flagey Square. The end of the ride, after a 25 minute trip, opposite Cafe Belga, in the heart of the most colourful and welcoming quarter of town. 'See you again my friend. Next time over a beer!'