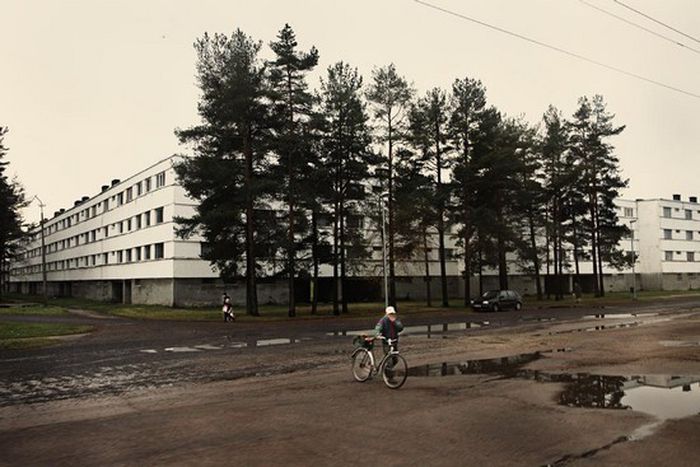 In April 2007 the soviet statue was uprooted from Tallinn’s city centre. It angered the Russian-speaking minority, a third of the population. Have lessons been learnt one and a half years on? Investigation At Molly Malone’s pub in Tallinn’s old town, Ruslana doesn’t want her picture taken.

‘I still have a grey passport because it’s comfortable,’ begins the 24-year-old Russian flamenco dancer, who has a white complexion and pink-varnished nails. 116, 000 people currently have a ‘grey’ passport, meaning they are stateless. They cannot receive a ‘blue’ passport unless they pass a language exam and another testing their knowledge on the constitution. ‘The Schengen zone has been open to stateless people for a year, so I can travel to EU countries and Russia without a visa,’ says Ruslana. With neither bank nor life insurance troubles, she feels ‘good with grey. I’ve spent my whole my life in Estonia, and speak Estonian when I have to.’

Russians, Estonians, and that event 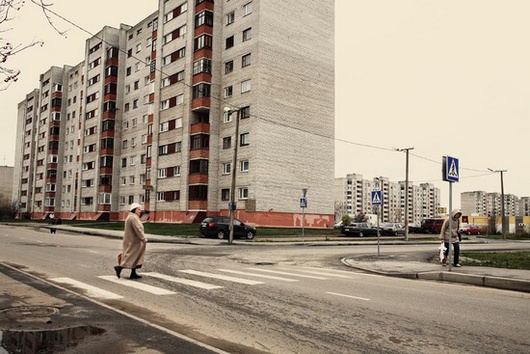 As the waitress brings Grey Ruslana another Smirnoff Ice, she comments that she wouldn’t date an Estonian. ‘I would feel bad if I forgot some vocabulary,’ is her ‘official’ explanation; I am sure she is keeping the truth for herself. Ruslana bears a grudge against her Russian friend and my guide, Olga, a naturalised Estonian with a blue passport. ‘You associate with Estonians instead of us. You speak their language more than your own,’ Ruslana accuses. She apparently doesn’t have Estonian friends.

Andrus, an Estonian, sympathises with the Russians. ‘The statue was a symbol of their dead children.’ But over another beer he shares a more radical point of view. ‘You had a statue of a f***ing soviet liberator in the centre of the capital. I hated it - a soldier won’t ever be a symbol of peace!’ His friend Kristjan, from the social democratic youth of Estonia, is more reserved. ‘People have different memories. We have more serious problems than moving statues.’

'A soldier won’t ever be a symbol of peace!'

Vadim Poleshchuk, a legal advisor from the Legal Information Centre for Human Rights (LICHR), sets emotions aside. ‘The bronze soldier stood in its place for almost fifteen years without any harm. When the extremists raised the issue, politicians started to misuse the topic before parliamentary elections,’ he remarks. Police reports prove there was no direct involvement by the Russian Federation. ‘It is a very complicated problem connected to the so-called political ‘war of monuments’, the second world war, ethnic tensions and immigration policy,’ says Poleshchuk. ‘Under the influence of Russian media propaganda and disinformation, people were pushed out on the street to fight for something they didn’t understand,’ says Marko Mihkelson, chairman of the EU affairs committee in parliament. 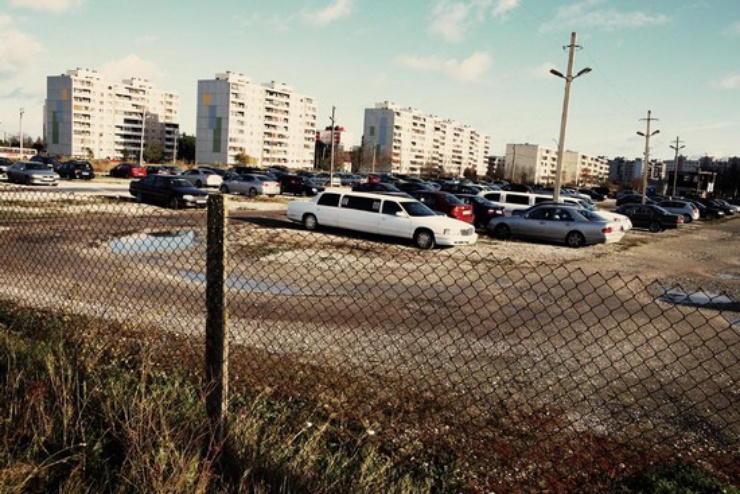 Analysts studying the background of April events found that a considerable part of the Russian-speaking population complain about job discrimination. Estonians in equal positions seem to get higher salaries, advance easier and have the highest positions in both private companies and public institutions reserved for them. Marko Mihkelson disagrees, calling Estonian law and practice one of the most liberal in Europe. ‘I am sure that there are certain procedures to become a citizen of Poland, Germany or France. I cannot understand people calling it humiliating.’ But with the exception of Germany, which has the 'Einbürgerungstest' since 1 September 2008, none of the other two countries require passing both the language and constitution exams. 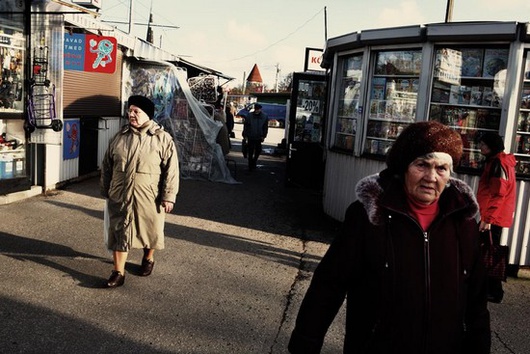 Meanwhile, analysts say that Russians suffer from harassment, discrimination and, more commonly, language and citizenship policy. Marianne, a pretty dark-haired Russian waitress at Molly Malone’s, is on a short cigarette break. She speaks perfect Estonian and English, and is also ‘grey’. ‘I have been trying to get the blue passport for four years. I have passed the constitution and language exams several times because officials work so slowly that the certificates expire. Now I just need to wait another year and a half to receive it,’ she says with an ironic glance. ‘Certainly, there are some serious problems with bureaucracy in specific cases like this,’ comments Marko Mihkelson. ‘But please don’t tell me that bureaucracy is only in Estonia.’ He mentions there will be money for an information campaign in 2009, ‘especially on grey passports and why receiving Estonian citizenship would be good,’ he adds.

A September 2005 survey from the LICHR indicates that 53% of non-Estonians find the Estonian Language Act discriminatory. 47% of the minority population regard the Citizenship Act negatively. 42% of naturalised Estonians and 45% of stateless people struggled to get a job, while only 16% of Estonians admit having the same difficulty. Finally, over 63% of Estonians believe that ethnic groups are isolated from each other. More than 59% of non-Estonians have the same feeling. According to the 2000 census, Estonians were only a little more than 50% of Tallinn’s population.

Did the government change anything in immigration' policy to prevent such a situation from re-occuring? 'Not really,' answers Marko Mihkelson. 'But we won't make any major changes in our citizenship law, or offer citizenship to everyone just for nothing,' he adds. Vadim Poleshchuk remarks that after April 2007 there was only one legislation change - Estonian policemen got more rights. ' If they believe it won't repeat, why change the law?' he asks. After the war in Georgia, when Russia claimed the rights to protect 'their' people, Estonians are afraid of another provocation. Mikhelson predicts Estonia will 'reach normality' within fifteen years - 'you cannot really accelerate historical and social changes.' Back at Molly Malone's, the cold evening becomes a deep night through the windows, and it is Olga, the naturalized Russian, who brings the discussion to a remarkable conclusion. 'We are not enemies, but we are also afraid of becoming friends. We speak to each other, but we don't listen. We communicate, but don't understand. That is the essence of Estonia.'

Many thanks to the cafebabel.com Tallinn team - in particular Giovanni Angioni and Margarita Sokolova.