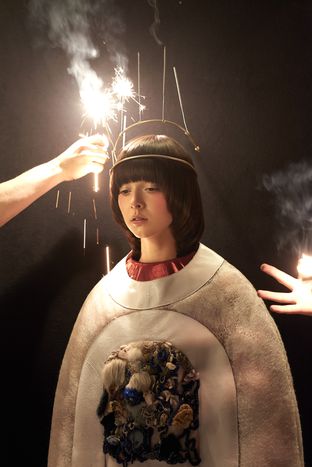 Monika Brodka likes Nirvana, has two cats, and thinks that visiting a church is, above all, a feast for the senses. We talked to the Polish star about the release of Clashes, her first English-language album.

cafébabel: In the past you've made various references to Nirvana. In one interview, you say that they are your favourite band. In another, you say that Kurt Cobain shot himself because he couldn’t deal with the popularity. Your track “Horses” starts with the words used by Kim Gordon to describe Courtney Love. Where does your passion for the band stem from?

Brodka: From my teenage years. One day, I saw their MTV Unplugged concert. For a long time, I thought that they only played this kind of acoustic, dirty rock. They were amazing songs performed by a melancholic singer – I liked all of that a lot. It was some time later, when I bought the cassette of their concert From the Muddy Banks of the Wishka, so I was suddenly faced with their hardcore side. For me, Nirvana are timeless. Their music videos have always made a great impression on me.

cafébabel: Your music videos are very expressive. You can tell that you are interested in photography and fashion. How do you view the relationship between the visual and musical medium of your work?

Brodka: For me, it’s kind of a symbiosis. I’m a movie buff. When I moved to Warsaw and I didn’t know anyone, I bought myself tons of DVDs that were being sold on the street. I watched everything. Images have always influenced me a lot but I hadn’t managed to define myself. However, when I was working on my album Granda, I realised what type of music I wanted to create and what messages I wanted to transmit on a visual level. My music is still evolving, however, and continued to do so when I was working on Clashes. I often let my intuition guide me, but only putting its whispers into action allows me to find answers to my questions. I directed a video myself for the first time [for the single “Santa Muerte”, which had been a lifelong dream.

cafébabel: It has been six years since the release of Granda. What has changed in your life and in the music industry in that time?

Brodka: The music industry has changed a lot. Granda contributed to the creation of a Polish "music of the middleground". Previously, music in Poland was limited to the categories of mainstream or underground. It was hard to find pop, alternative, indie or electro-pop.

With the development of a festival culture and with the internet, many new groups have cropped up. You no longer have to be a musician to make an album. This has resulted in an inundation of mediocre music, which means you have to go the extra mile to find something noteworthy. Nevertheless, I think it’s a healthy competition which pushes you to be better.

With regards to my private life… I’ve travelled a lot. I didn’t have a lot of time to record a new album just after releasing Granda. Normally, international promo for that type of album lasts a year, maybe a year and a half. The promo for Granda took me three. In the meantime, my EP LAX was also released.

cafébabel: Talking of travelling, Clashes was recorded in Los Angeles, but your base remains in Warsaw. What makes Warsaw so special?

Brodka: What I love about Warsaw is its particular brand of tranquility. It’s like a small town; everything is close by. I’ve been living here for 12 years and in that time, I’ve had the opportunity to witness the incredible development of the city. Exciting new initiatives emerge and its food industry is booming. I feel lucky to be able to watch the city flourish.

One of the best things about summers here are the campfires by the banks of the Vistula. It’s like witnessing a pagan ritual in the centre of the city. It’s breathtaking to pass from one side of the bridge to the other and watch the glow of the fires.

cafébabel: Speaking of Warsaw and Poland, a couple of months ago you published a photo on your Instagram in which you’re holding up a sign saying “#PopieramDziewucy (I support girls)”. What’s going on in Poland?

Brodka: [laughs] Good question. I’ve never really got involved in politics or social issues, but in this case, I was just so angry. Everyone should have the right to make their own decision and be able to listen to their own conscience on something that’s so intimate. Young women living in big cities are very aware of their own choices. Forbidding them from doing anything legitimately will only push them towards dangerous, backstreet abortions. If someone thinks that religion should play a role or not in these decisions, it’s really up to the individual. 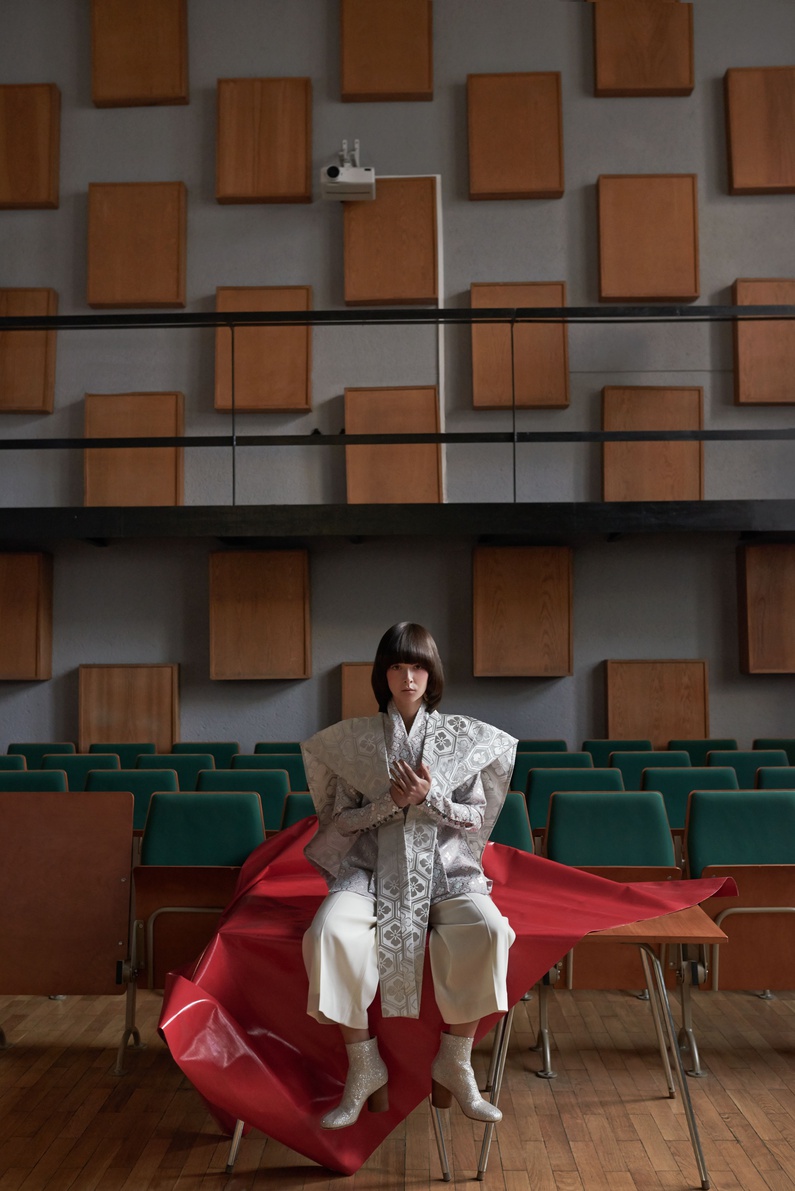 cafébabel: Clashes is full of references to the topic of religion, but in a different way than is usually seen or heard. You give it a certain artistic dimension.

Brodka: Church is a type of theatre and my new album is very much marked by its theatricality. I had the idea of a church theme because of organs, which I wanted to use in my music. They brought with them certain mystical and ritualistic influences. I wanted to re-create the aura of a church through music. The song “Kyrie”, for example, evokes the feeling you get when you distantly hear a choir in a big empty church. When I was a child, it was the visual aspects of the church that fascinated me most. I didn’t understand the Bible; I was repeating a text that didn’t speak to me at all, along with the crowd. What stimulated my senses was the smell of the incense and the sound of the organ played by the organist who was hidden from view. I liked the ecclesiastical robes and their colours. It’s not an album about religion, although it does potentially deal with the sacred, something that we need in a world without an authority: “got no guru that will take me home.”

cafébabel: Before Clashes, you had already released songs in English and French. Is it very different when you write or perform a song in another language?

Brodka: Lyrics are very important to me. My attitude when writing is always the same: you need poetry, abstraction, associations that aren’t immediately obvious, strange metaphors and a certain turn of phrase. I can speak good English, but I wasn’t sure if I would be able to write poetry in it. A friend from New York helped me a lot. I wrote the text and he read it and gave me advice about which words to replace with less obvious ones.

I wrote many of my lyrics at the same time I was writing the melody. When I’m composing, I sing in English without thinking about whether it makes sense or not. Singing nonsense in Polish would give me writer’s block, but with English the meaning of the words come to me after their melody. Sometimes they are odd words, sometimes they are full sentences. Often, this is how I find good ideas for the lyrics, which was the case for “Santa Muerte”. The same happened with “Horses”. I had never wanted to write a song about horses, but the word came to mind just when we were recording it. When I played it to my friends, they quickly picked it up and started to sing it with me [she sings the chorus]. I didn’t want to deprive the song of its catchphrase, but the problem was building a story about horses. I had to work really hard on these lyrics. What is particularly strange about the song is that each line comes from a different story and it doesn’t become coherent until the end.

cafébabel: You’re now trying to break into foreign markets.  Does it bother you having to start a little bit from the beginning?

Brodka: It isn’t easy. It’s rare to find an artist releasing their fourth album abroad. The expectations of the Polish market are completely different to expectations from other countries. However, I like a challenge. For the moment, it’s still a dream but  step by step, I’m trying to gain new listeners. I wrote songs in English to allow my music to travel with me and to not limit it to the Polish sphere. Poland isn’t Iceland. Since Björk, every Icelandic band is automatically cool. Polish music is not well-known abroad, apart from maybe a few metal bands. It would be cool to change that idea. I’d be really proud to be part of that.

cafébabel: Final question: what is your cat called?

Brodka: I have two cats. The first is called Boniek because he’s ginger and looks like Zbigniew Boniek [a Polish football legend – Ed]. The second is called Sawa, which is a reference to the Warsaw legend about the origins of the city – the main characters are lovers called Wars and Sawa. Also, Sawa is similar to French “ça va”, which means “all right”, so my cat is called “all right”.