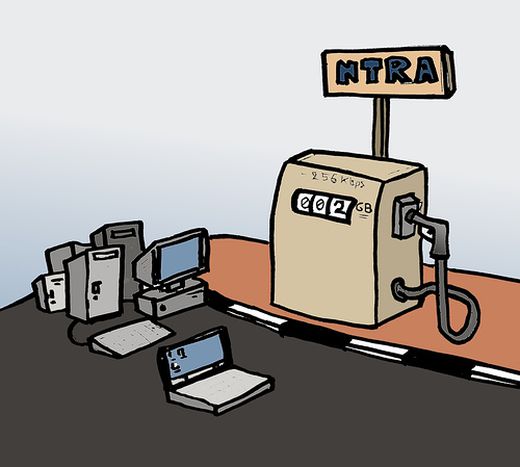 Is the grass always greener on the other side? If we’re talking about a telephone connection at 10MB, and if the ‘other side’ is the neighbouring counties in the eurozone, then it’s possible that the proverb is not so accurate after all

‘Assymetric Digital Subscriber Line’ or ADSL technology, whereby data is transmitted asymmetrically over the telephone, was developed less than ten years ago, but is already a daily reality. Above all in Europe: according to figures released by the Organisation for Economic Co-operation and Development (OECD) in June 2007, eight out of the ten countries with the highest levels of access to broadband are European – with Denmark topping the list.

Since the end of the nineties, the European telecommunications market has been going through deregulation. Previous state monopolies (incumbents) have been opened to competition, and have been either completely or partially privatised. Although they usually continue to dominate the market, competition has forced them to lower prices.

In Europe, these companies are fairly homogenous, despite differences in income, which fall in a margin of between 30 and 60 euros (£24 - 47) per month. However differences emerge if we take the offers of the most representative companies as a benchmark.

Offers of less than 35 euros (£28) per month can be found in counties such as Portugal, France, Greece, Belgium, Italy or Finland. The Dutch take the trophy with an average connection charge of 29.70 euros (£23).

Germans, Austrians, and Belgians find themselves at the top of the monthly charges list. Spain too, with an average of 43.50 euros (£34). So, the most expensive incumbents are Spanish (Telefónica –47.65 euros per month or £38) and Austrian (Telekom Austria –49.90 euros per month or £39). I wonder, is the green, green grass on the other side being sprayed with a special kind of fertiliser?!