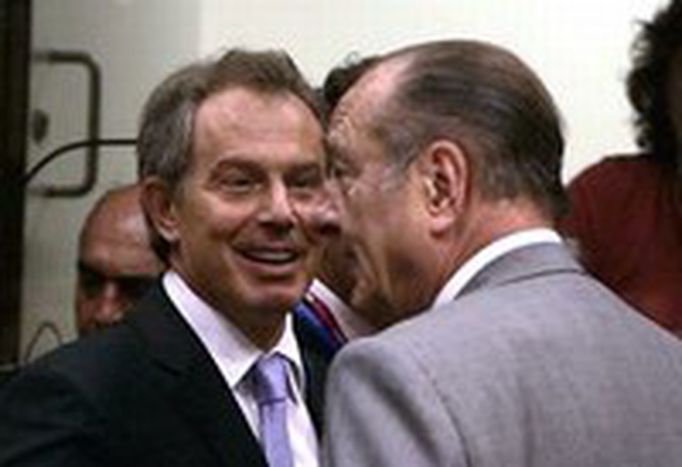 British welfare is in a state

Britain’s ‘New Labour’ has succeeded in protecting the country from the unemployment and welfare crises currently plaguing certain other EU countries. But behind the statistics lurks a less rosy picture.

What a difference a decade makes! Over the past ten years the UK has seen its unemployment tumble and its GDP soar, and it is now wealthier (per capita) than either France or Germany, whose stagnant economies are struggling to support their expensive welfare systems. Reasons generally attributed to these changes include the UK’s lower taxes, more flexible labour market, and its ‘business-friendly’ approach. Its welfare state is smaller, focuses mainly on the worse-off and puts less emphasis on ‘national solidarity’ than the French and German systems; instead individuals are encouraged to make private provisions for illness and old age.

Behind the impressive economic statistics, however, the reality of modern Britain is very different. The fact that the British welfare state is almost 30% smaller (as a percentage of GDP) than its French and German equivalents explains why, in the UN’s ‘Human Poverty Index 2004' (dealing with issues such as health, education, standard of living and social exclusion), the UK comes off worse than its continental counterparts, and why its child poverty rate is 51% greater than Germany’s and over twice that of France. Since Labour’s entry into power in 1997 inequality has risen, while it has fallen in France, Germany and Italy.

The UK’s under-funded public services would make NHS-founder Clement Attlee turn in his grave, yet the Blair government is simply not prepared to increase taxes to make the necessary investment. The health service is short of beds and doctors, the infant mortality rate is among the highest in Western Europe and life expectancy is lower than in France, Germany or Italy. The education system is polarised, with failing inner-city comprehensives at one end of the scale and exclusive private schools at the other. There is less social mobility than in other developed nations, the country has one of the worst environmental records in Europe, and the less said about public transport, the better. French and German workers have, on average, 235 hours more leisure time per year than their British counterparts, but their productivity per hour is significantly higher. To cap it all, according to the Organisation for Economic Co-operation and Development (OECD), between 1990 and 2000 ‘life satisfaction’ rose by 7% in both France and Germany, falling by 2.6% in the UK.

A different kind of welfare

The best solution to the economic problems in France and Germany (and, to varying extents, in Italy, Spain and the Benelux) is not to follow the example of the British welfare state. With multinationals moving low- and semi-skilled jobs elsewhere, the response of the high-cost economies of Western Europe should not be to cut social spending and allow these corporations to hold their labour markets hostage, undermining their standards of living in the name of competitiveness.

For these economies to deal with their difficulties they should embrace a welfare state more akin to the Scandinavian model, in which the state protects workers by playing a larger role in the economy, both through nationalised industries and extensive, well-funded public services. Despite economic problems, the Scandinavian countries are still very rich, so a similar process of wealth redistribution through a ‘cradle-to-grave’ welfare system in other countries could guarantee a comfortable standard of living for all, cushioning workers from the effects of globalisation. With higher taxes, particularly on wealthy individuals, the state could mobilise the money needed to increase government spending, which is particularly important in light of the growing problem of ageing populations.

Your money or your (quality of) life!

The welfare state also needs to provide reasonable unemployment benefits. Neo-liberals criticise ‘over-generous’ benefits - in Germany in particular - as being responsible for the high unemployment. Indeed, the weak welfare in the UK does force the unemployed to get back to work as soon as possible, but this results in a large number of ‘working poor’ (1.4 million British workers receive the minimum wage of £4.85 per hour). However, if decent workers’ rights, a constrained working week and good working conditions are guaranteed, higher unemployment benefits do not necessarily diminish unemployed workers’ motivation to return to work – as the Scandinavian economies prove.

A welfare state that supports good public services, infrastructure and social cohesion engenders the sort of well educated, healthy, content workers for whom companies should be prepared to ‘fork out’. The British welfare state - while generating more wealth - is not the way forward, and the current French and German systems are failing to provide growth, employment or a guarantee of maintained living standards. Now that Western Europe has achieved a high level of affluence, it does not need to continue struggling desperately for more. A more equal spread of the wealth it already has would be enough to ensure every one of its inhabitants could enjoy a pleasant lifestyle for many years to come.