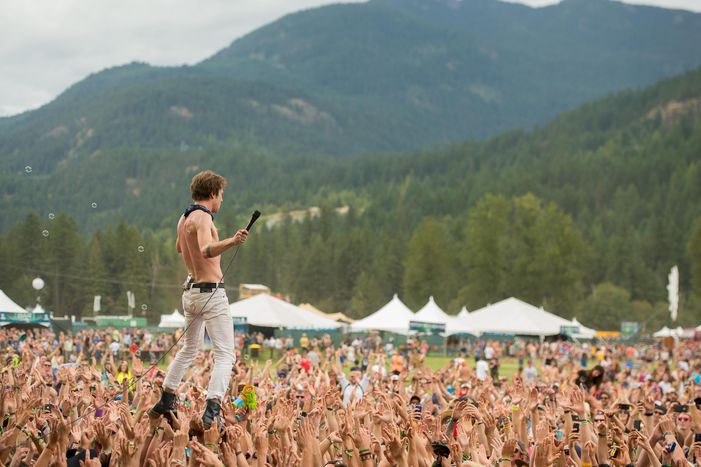 British protest music: who will give us a reason to get out of bed?

With the UK general election imminent, this is no time to be silent. It's time to ask what happened to the politics-driven music of the Thatcher era. And what can make musicians and citizens alike raise their voices again?

"The idea that popular culture should be used as a force to comfort the afflicted and afflict the comfortable has been pushed to the margins in the 21st century." Billy Bragg has rightly noted the music that once gave a voice to the disenfranchised is fading. Britain needs a revival of protest songs, for if there's anything that can wake up society from its political hibernation, it's music.

Public dissent and protest songs have always gone hand in hand. From the hymns of the Levellers and Diggers in the 17th century to anti-war songs in post-war Britain, every protest movement has had its own anthems. With the emergence of punk in the 1970s, the genre turned into a critique of Britain’s political, economic and social problems. To this day, The Clash’s Career Opportunities, The Specials’ Ghost Town and the Sex Pistols’ God Save The Queen are remembered for the way they highlighted the country’s social unrest and unemployment issues. 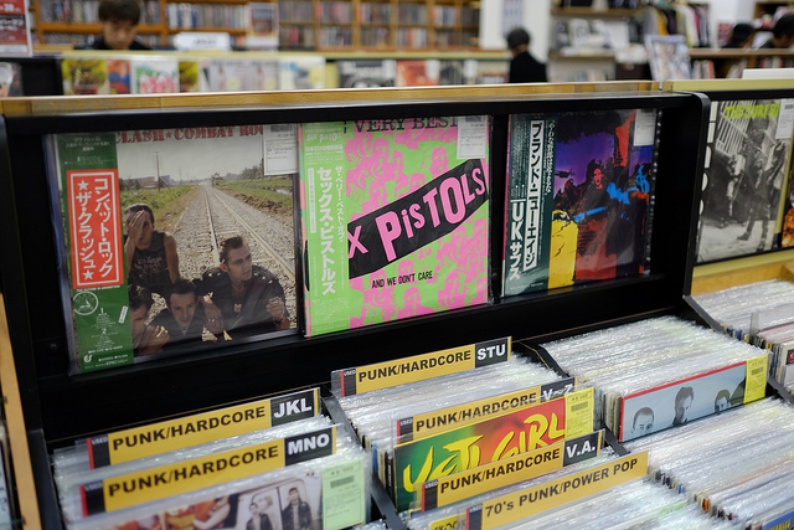 But it wasn’t until the 1980s and 1990s, when four consecutive Conservative governments occupied 10 Downing Street, that British protest music peaked. The person most responsible for this was Margaret Thatcher. No politician before or after her has had such a divisive impact on British society. As Noel Gallagher told the Quietus: "You knew where you stood with Thatcher. We were like, ok, she's the enemy."

With the Iron Lady as Britain's prime minister, public discontent with her destructive neoliberal policies was echoed in the alternative music scene. Thatcher’s war against the working classes even led to a historic alliance of musicians called Red Wedge, set up by Billy Bragg, Paul Weller, and Jimmy Somerville, to engage young people in politics and drive out the Tories. Many British acts added their names to the initiative with Elvis Costello, Madness, Lloyd Cole and The Smiths among the artists to play on its tours. Anti-Thatcherism remained strong throughout the 1990s and the Manic Street Preachers emerged as one of the movement’s most influential bands.

From protest to passivity

New Labour’s landslide victory in the 1997 elections finally ousted the Tory party that had been in power for nearly two decades. Britain was supposed to have reached the light at the end of the tunnel. But instead the Blair government continued the age of darkness. New Labour simply didn’t do enough about inequality for people to notice and its rhetoric sounded too similar to the Conservatives. The defeatist mood created by successive New Labour governments that didn’t live up to expectations was probably best captured on Radiohead’s Kid A and Amnesiac albums. 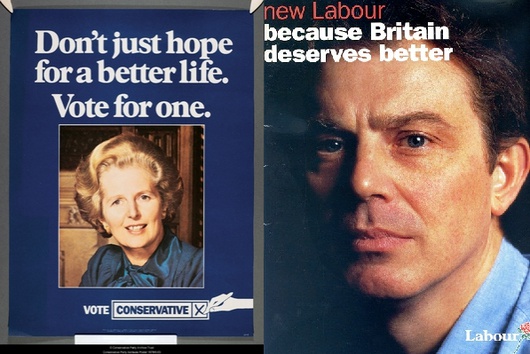 Where Thatcherism had inspired a combative mood in society, New Labour’s time in office had the exact opposite effect, cloaking society in passivity. In addition, people’s frustration with politics was diverted from a single political party to the broken political system, which no longer seemed to offer voters a choice. Morrissey has criticised the system in songs like Irish Blood, English Heart and World Peace Is None Of Your Business while Manic Street Preachers’ frontman James Dean Bradfield expressed his frustrations in the New Statesman: "I’ll always hate the Tory party. The only problem now is that I hate Labour, too."

The decline of protest songs

With the notable exception of Billy Bragg whose political activism is as strong as ever, most musicians that defined British protest music in the 1980s have moved on from politics. Paul Weller recently explained why he has stopped writing political songs: "I would just write exactly the same things I wrote thirty-odd years ago." More worryingly, new bands hardly seem to show any interest in politics at all. This may be a direct consequence of the ever decreasing number of working class acts in music charts. After all, apart from a strong interest in politics, another thing artists like Bragg, Morrissey and Bradfield share is a working class background. 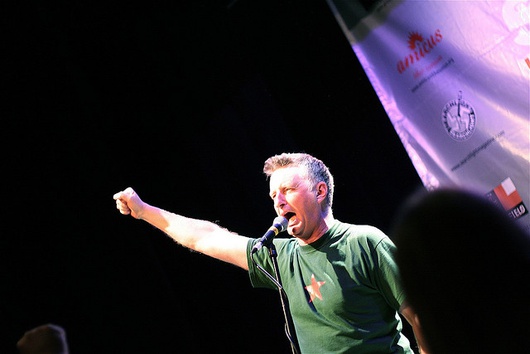 The decline of protest songs can also be explained by the rise of apolitical music genres like pop and dance at the expense of rock. In the words of Bono: "Pop music often tells you everything is OK, while rock music tells you that it's not OK, but you can change it. There's defiance in rock. Most pop music doesn't make you want to get out of bed. It puts you to sleep." Whether or not it is a conscious choice of people to look for sedatives rather than subversiveness in music nowadays, it is clear that protest music has become less prominent. Of course there is also pressure from labels not to be outspoken but this has never stopped protest rockers before. In fact, the genre would never even have existed if artists had always been more preoccupied with record sales than making a statement.

However hard the past decades of disillusioning governments have been, this is no time to be silent. As Ed Miliband told Russell Brand, the simple fact remains that it’s the combination of people and politics that makes change happen. Progress comes from people demanding change, so it is important for us to keep pushing. Now instead of a politician, imagine that your favourite musician delivered that message in a more catchy way. If that can’t encourage people to take an interest in the political themes that concern them, nothing can.