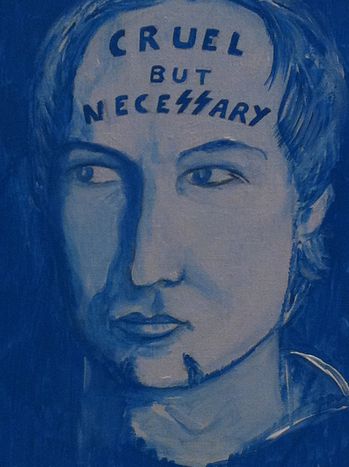 Anders Behring Breivik, who is accused of mass murder, pleaded not guilty at the start of his trial in Oslo on 16 April, claiming he was acting in self-defence when he killed 77 people in July 2011. Although the Norwegian constitutional state is duty bound to grant Breivik a fair hearing it must prevent him from using the trial as a political stage to spread his ideas, commentators write

Despite his terrible deedsNorway must grant Anders Breivik his rights and not prevent him from speaking, writes the liberal Swiss daily: 'Must Breivik be given a stage from which he can disseminate his monstrous assertions - before a global audience? And inflict more injuries on the families of the victims in doing so? Yes, he must. This is extremely unpleasant and sickening but the principle that the strength and maturity of a state is measured by how it deals with its weakest members applies here too - here in particular. For sure, Breivik has cast himself as a guiding intellectual force, judge, avenger and executor in the name of a crazy ideology - he sees himself as a monument of power and force. But in reality he is weak, pathologically obsessed, devoid of all humanity. For that reason a constitutional state must be all the more meticulous in ensuring that such a defendant is treated correctly and granted all his rights' (Hannes Nussbaumer)

For a democratic state it is no sign of weakness to give even someone who is clearly guilty of mass murder a trial, the Czech liberal daily writes after the start of proceedings against Anders Behring Breivik: 'Of course it seems completely absurd for a court to try someone who admits freely to having killed 77 people and shows not the slightest hint of remorse. The Norwegians made up their minds about this monster long ago. For them all that counts is that Breivik should remain behind bars. Nevertheless it is fundamental to a civilised legal system that the accused should be granted the right to defend himself. It may well be that dealing correctly with such a slaughterer highlights the weaknesses of the very system that he and others like him have attacked. But in fact democracy must be strong enough to deal even with such horrors in a routine, unbiased way' (Ivan Hoffman)

The trial against the presumed mass murderer Anders Breivik must not become a platform for spreading his ideas, warns the liberal Dutch daily: 'Above all, the question will be whether Breivik can use the court as a political and media stage. He feels no sense of remorse or empathy with his victims. He sees himself as a front-line soldier who killed dozens of social democratic youths out of 'self-defence' because they were in cahoots with islam. The culprit will use the trial to further erode the legal system, no longer with weapons but with words. Breivik can spread the message of his war against islam and multiculturalism in the hope that he will not remain a 'lone wolf', but will attract supporters to his crusade. This will demand the utmost from the judges, his lawyers, the next of kin, the politicians and the mass media. In Norway and internationally' (16/04/2012)

Breivik's behaviour in the courtroom was provocative. He made aggressive gestures and showed no sign of remorse. The best course is to ignore his attempts at self-promotion, warns the British conservative daily: 'Breivik would never gain public attention by normal political means for such poisonous sentiments. He must not get it by the expedient of mass murder. It would be an affront to the victims and a public danger in encouraging extremists with grievances to pursue them by similar means. There will be much soul-searching in Norway during this trial. The values of a distinctively tolerant society are vindicated in extending them to Breivik. But that is where obligations to him end'

Read more from The Times