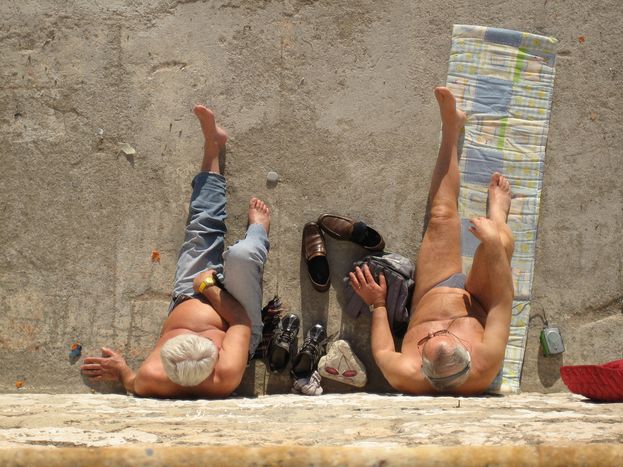 A cross-portrait of the two worst European performers, after two alarming reports published in August confirm an inconvenient truth

It’s no surprise to anyone that the Brits are usually drunk on holiday. A damning report from the UK’s Foreign Office published in August details arrests, hospitalisations, rapes and deaths... Away from its shores, her Majesty’s subjects are uncontrollable. The French too are far from being the perfect tourists - according to a survey conducted by American travel agency Expedia, they are the worst travellers in Europe! 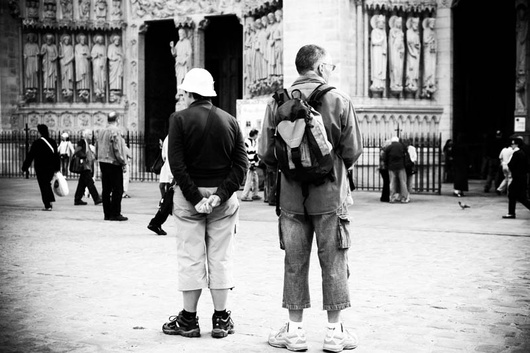 The statistics published by the British government reveal that almost 5, 000 of its citizens were arrested outside of Great Britain last year, mainly as a result of alcohol abuse. Groups of youngsters, who are either travelling abroad for the first time without their parents or are on stag dos celebrating the end of single lives, are responsible for most crimes committed. The Foreign Office report counts more than 2, 500 arrests, 3, 000 deaths and 100 instances of rape in 2006-2007 across the fifteen countries surveyed.

Without a doubt, Spain is the country most affected by these blunders, being the chosen destination of 17 million British tourists each year. Last year, more than 2, 000 Brits were arrested there (an increase of 33% compared to the previous year), and the country registered the highest number of Brits hospitalised (695), ahead of Greece (602) and Thailand (324). Moreover, between 2006 and 2007, 1,591 British tourists died in Spain (a 20% increase in a year) and the greatest number of rapes occurred there (29), ahead of Greece (28) and Turkey (21).

Labour MP Meg Munn, the secretary of state for foreign affairs, has already reacted and led 'prevention campaigns' in the worst-affected countries, notably in Greece, and some other countries have already taken precautions. In Germany, Bild (‘Picture’), the most-read daily newspaper, assisted its readers by publishing a ‘black-list’ of popular destinations of British travel agents for its holidaymakers to avoid.

The tabloid identified six ‘hot-spots’, including Palma Bay in Majorca, San Antonio in Ibiza, the tourist mecca of Playa de las Américas in Tenerife, Ayia Napa in Cyprus and Faliraki and Malia on the Greek islands of Rhodes and Crete respectively. Bild did not hesitate to slate Britain in the process, from its binge-drinking culture, its cuisine, its bad dress sense and its citizens’ ‘mediocre’ physical shape, everything. Fortunately, the Expedia poll delivered a more flattering image of its tourists by placing the Brits in second position in the poll of ‘best dressed tourists’ in the world! But the opinion poll did not spare the Gauls…

The Expedia poll based its results on criteria such as politeness, the likelihood of spending money and the tendency to complain

‘As in 2007, the French well and truly polled ''last place in the European tables’ and were classed as the ‘three worst tourists in the world’; the Expedia poll based its results on criteria such as politeness, the likelihood of spending money and the tendency to complain. As for the major flaws of the French tourist, the French themselves, it seems, remain convinced that the language of Molière is universal' they don't even bother to make an effort to speak the language of the country they visit!

The French come second to the Americans when it comes to a ‘lack of respect’ and collect bronze in three other disciplines: ‘tourists who behave the worst abroad’, the ‘least popular tourists in their own country’ and the ‘tourists who are never happy’! However in order to protect their country’s honour, it is important to note that to their merit they are also number three of ‘tourists the most open to the local culinary specialities’ (when it comes to food, they are always present!), and number four of the ‘most discreet tourists.’

In short, the French still have progress to make. They could draw inspiration from some of their European neighbours: 26% of hoteliers polled noticed the elegant dress sense of  Italian tourists, a long way ahead of the French (13%). Meanwhile, the Germans are hailed for their cleanliness and mastery of Shakespeare’s language. But let us not forget the common trait shared by the French, Germans and British: the order in which their tourists are recognised as being tight-fisted. Bring on the end of the holiday season!