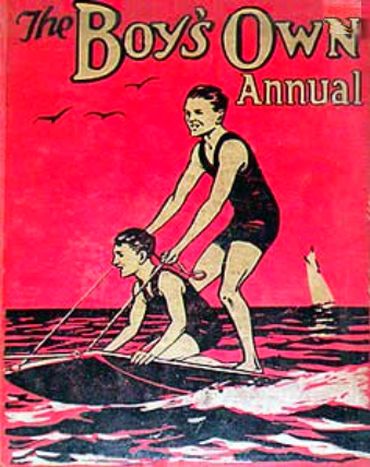 Type 'What Defines an English Person' into google right now and see the top result - this is how unpopular we are with the rest of the world, especially after the UK chose not to join a new EU treaty governing the finance system.

Europe has divided a two-headed monster, 'Clammeron', in half: the government led by David Cameron and Nick Clegg since 2010 has been spliced together by iron threads of political contingency

One half of Clammeron is a political lizard spawned unto middle-class Britain to serve the conservative party. Real name: David Cameron, who got a first in one of the hardest subjects at Oxford university. The other half of Clammeron is a bland man who led the liberal democrat party to the closest they've had to a victory since the 1920s. Real name: Nick Clegg, who speaks six European languages. Both are very clever. Probably.

The UK elections which saw Clammeron come together didn't give either party a majority in 2010. It was nothing strange for the bemused Europeans, but it was too weird for the British. Instead of temporarily working together as frenemies, the leaders of both parties became one on 12 May, Britain’s first conservative-led coalition with the (pro-European) liberal democrats since world war two. The smaller got sucked into the larger. Liberal democrat policies like free university education and electoral reform were lost in a necessary haze of crisis austerity. So was their electoral support, which has dropped from circa 23% to 10%, taken by awkward labour party and opposition leader Ed Miliband, the least statesmanlike person since ever.

Eighteen months later Clammeron went to Europe and vetoed an attempt to save a continent's economy, going further than the worries expressed by Sweden, Denmark and the Netherlands. ‘He's an isolationist who needs a pish,’ says English teacher Ed Russell, referring to reports that during the EU summit negotiations Cameron drank lots of coffee and didn't go to the toilet to focus better. Clammeron campaigning for national sovereignty was 'like the scene in The Life of Brian where that dude wants to add the right for men to get pregnant onto their list of demands,' says Elise Katilova, a financial analyst. It was then that Nick Clegg finally started to tear himself free, to the cheers of the weary and saddened bunch that voted for him. The first iron thread has come undone at last, cry liberal democrats.

Under the doctrine of collective responsibility, the British cabinet has to stand as one and support government policy. If they don't the minister has to surrender his ability to influence policy. The already weak voices in the cabinet that like Europe are silenced. They agreed to the prime minister's aggressive negotiating strategy and the threat of the veto if the French continued their crusade to restrain ‘anglo-saxon capitalism’ (aka economic liberalism or free trade, fundamental to British identity) and impose inward-looking, anti-competitive protectionism. But the pro-Europeans in Britain didn't anticipate Cameron's uselessness at negotiating with those damn foreigners. French president Nicolas Sarkozy pulled a Napoleon on him and won 26-1. 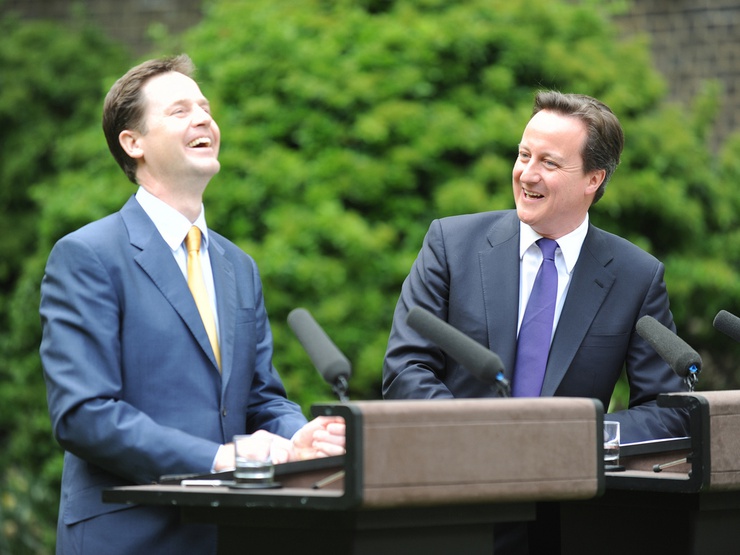 Cameron is far more comfortable in his milieu of middle-aged English people like Top Gear presenter Jeremy Clarkson or disgraced News Of The World editor Rebecca Wade. Quitting EU negotiations, he'll no longer have to deal with those multilingual, canny foreigners who dislike him. Plus he avoids the referendum on Europe that he's promised but which would split his party. Could the veto be a good idea should it all go belly up? The euro could still collapse. Cameron has UK public opinion on his side. In a poll for right-wing newspaper The Times52% support the veto and only 12% oppose it. Powerful demagogic newspapers owned by vicious reactionary magnates sell their populism with flag-bashing imperialism and glorious isolationism.

Put your hands up for Europe

That kind of lazy journalism isn't difficult with aggrandising, self-important and incompetent eurocrat elites. Prior to the sovereign debt crisis, the only people who cared enough to publicly crow against Europe were usually middle-aged rural men in tweed and halitosis. Their dream for the UK's future is Switzerland with a moat. Pro-Europe politicians are victimised and assaulted by the media. If not tacit consent, the dominance of the hostile narrative on EU generates apathy and neutrality in the rest of us. Sad times.

If we were to lose our privileges - visa-free travel, the common market, Dutch marijuana, Spanish sun - we wouldn't be so happy

Since joining the EU in 1974, we take Europe for granted - EU politics bore us silly, like everyone. But if we were to lose our privileges - visa-free travel, the common market, our right to move across the Channel, Dutch marijuana, Spanish sun - we wouldn't be so happy. That would include the xenophobes, who like French claret, German cars and Portuguese golf courses more than the rest of us. 'Eurosceptics hark back to some 'Palmerstonian' golden age when we isolated ourselves from an undemocratic European mainland and did really well out of it,' says Tim MacDonald, a PR consultant, summing it up. 'This is a total myth that these twits believe because they learnt their history from Boy's Own Annuals growing up in the 1960s. We have always been inextricably tied in with the rest of Europe. This will never change. It would've been better to maintain a functional relationship with the rest of the EU in the months leading up to these talks. Cameron just failed to do so because he's incompetent.'