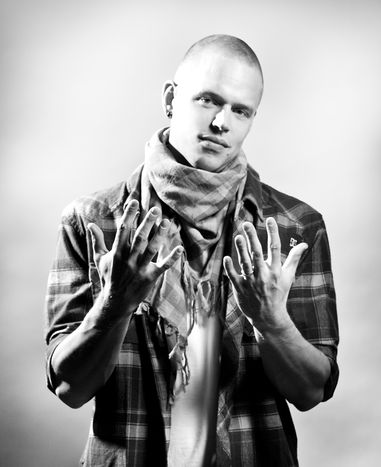 A great number of languages exist within Europe – over two hundred in fact! Twenty-three of these are official languages of the EU; next to these national languages are many regional and minority languages. In addition to these are sign languages, whoich have had their first official 'deaf week 2010' in Berlin in September

Unlike so many regional and minority languages, we've all heard of sign language, but the fact that it is a language in its own right, with its own culture, is something that few people know. Talking to sign language interpreter Sofia Crabu, it is quickly made clear that the same question gets asked over and over again: No, sign language is not like pantomime or like spoken German. And no, sign is not a universal language.

How many deaf people in Europe?

Approximately 900, 000 deaf people live in Europe. About 80, 000 of these live in Germany. Sign language here is used by around 222, 000 people. Sign language holds a special position as a minority language, in that it is not spoken by people who constitute an ethnic minority. It is spoken by those who, as the result of a congenital condition or following illness, are vocally damaged and cannot acquire speech naturally. Sign is a visual, distinguishable, three-dimensional language which has evolved naturally and is consequently nation-specific. In Germany, one would speak German sign language (Deutsche Gebärdensprache, DGS), whereas in Austria one would speak Austrian sign language (Österreichische Gebärdensprache, ÖGS). Contrary to all expectation, sign language has got nothing to do with the correlating national language. German is a foreign language to deaf German citizens.

The first efforts to integrate deaf people into society were made in the eighteenth century. There were however debates among educationalists (in particular Charles-Michel de l'Epée and Samuel Heinicke in the eighteenth century) as to what constituted 'correct' education. Heinicke supported the 'oral method', later implemented after the second Milanese Congress of 1880. Congress participants, however – all leading, hearing educationalists – moved to ban sign language from schools. Deaf people should learn vocal speech and practice it through lip-reading. They were convinced that this was the only way of guaranteeing that deaf people would be able to adapt to society. No attention was paid to the fact that deaf culture would also fall by the wayside. It was only in the 1960s that this was first considered, when language experts (the late Dutchman and American) Ben Tervoort and William Stokoe recognised sign as a language.

Until now, however, only Finland (suomalainen viittomakieli, 1995), Portugal (língua gestual portuguesa, 1997) and Austria (2005) have enshrined their respective sign languages within their constitutions. German sign language is now also legally recognised in Germany, the disability discrimination act (Behindertengleichstellungsgesetz) having entered into force on 1 May 2002, guaranteeing deaf people the right to communicate in sign. This means that they have access to a sign interpreter at all municipal offices, parent-teacher nights at school and doctors.

The first international professional convention 'education through sign language' in August 2010 saw over 300 participants promoting bilingual lessons in which deaf children learn and experience both sign and vocal language, as well as their culture(s). Such lessons have been part of a pilot project at the Ernst-Adolf-Eschkeschool in Berlin since 2001. Sign is the only language through which deaf people can think and express themselves and must therefore be promoted – not only on the grounds that it strengthens identity, but also because it enables the knowledge transfer that is at the very heart of the lesson. Following the example of Gallaudet university in the USA, there is currently an initiative for the first European sign language university in Bad Kreuznach (Germany), where deaf children can study the way hearing children do – in sign language. Thanks to better access to education, the possibilities now exist for deaf people to determine their own careers.

These are all positive developments; but the day to day life of a deaf person is still rife with difficulties. Deaf people often encounter language barriers, as most people around them do not sign. Many hearing people believe that deaf people can lip-read, or that they must exchange information in writing. The reality is very different: the availability of sign interpreters is as worth it for deaf people as it is for those who can hear, says Sofia Crabu. It saves time in conversation and can help avoid misunderstandings. Admittedly, when the question of how much it costs is raised, enthusiasm is dampened somewhat – by complicated legal text.

Numerous organisations now campaign for a change in the law and an improvement in educational availability for deaf people. There is a German deaf alliance (Deutsche Gehörlosen Bund) and the European Union of Deafat the EU level. In order to change the perception of deaf people in society, there are also cultural events such as the German deaf poetry slam and signed theatre performances. Lastly, anyone who would like to know what sign language looks like has the opportunity to see deaf Finnish rap artistde Signmark in concert on 4 December 2010 in Utrecht, Holland.

Translated from Sprachlos in Europa