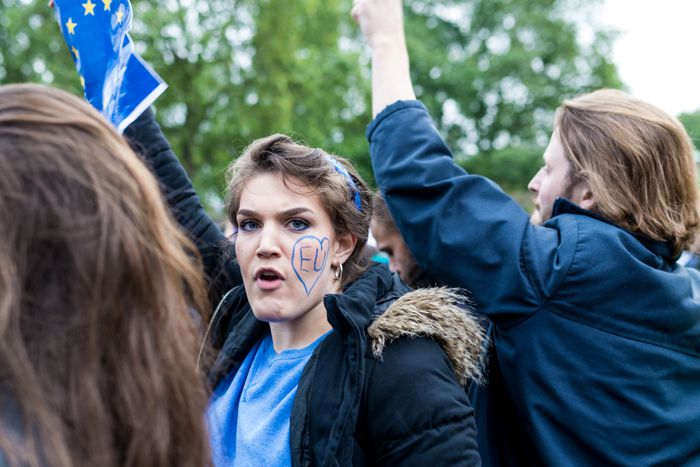 EU referendum turnout among young people was initially reported to have been relatively low, just 36%. However, after taking a closer look at the figures, two LSE professors found that more than double the number of young voters actually went to the polls. Cafébabel weighs up two conflicting reports.

"This is our Europe", "You've trashed our futures" – these are just some of the striking messages recently launched by British youth in the direction of their elders, following a victory for Brexit in the referendum on the 23rd of June. Such accusations appeared entirely unreasonable given that, according to Sky Data, only 36% of young people actually bothered casting their vote. Surely they only had themselves to blame for the triumph of the Brexit campaign?

Those kicking up a fuss about this youth reaction should peer a little closer at the stats. Three weeks after the vote, a new study by the London School of Economics claimed that twice as many young Brits cast their votes than was initially thought, with actual participation closer to 64%.

Even with these new figures, turnout is unimpressive when compared to the 90% level achieved by voters over the age of 65. It is, however, comparable with that of the 26-39 age group (66%). We can hardly claim, given that roughly two-thirds of 18- to 24-year-olds voted, that young people are politically indifferent.

Political apathy is a common accusation levelled at European youth. It's something that's been felt since around the end of the '68 movement. Sky Data's 36% stat was presumed correct by multiple international media outlets, despite being based on data collected from last year's UK general election, not the more recent June referendum. This new, higher number emerged following a survey launched by Opinium (a London-based market research company), who asked more than 2,000 people four questions about their voting behaviour. As it turned out, more young people registered and voted than originally reported.

Are we really as apolitical as was claimed? It's true that less than half of 18- to 25-year-old Europeans choose to cast a vote as their preferred means of political expression. What's more, young people with qualifications at least equivalent to A-levels tend to be more politically engaged than those with fewer formal academic achievements.

Yet it's also these same young whippersnappers who tend to share their political opinions on online forums and social networks. On top of that, under-35s sign more petitions than their elder generations. A clear distinction needs to be drawn between direct and indirect forms of democratic participation. 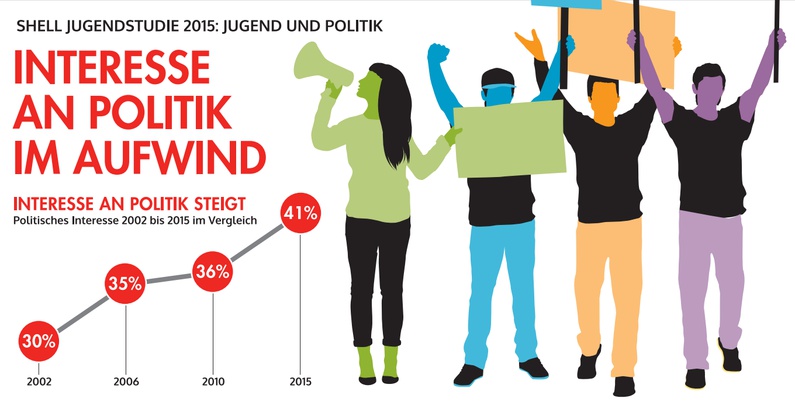 When it comes to activism in the US, the Black Lives Matter movement, like similar civil rights campaigning 50 years ago, is largely led by student groups and youth organisations campaigning against racism and discrimination. In Germany, youth activist groups were highly engaged with the refugee crisis. In addition, 36% of 12- to 25-year-olds claim that their "interest in the world" has increased in recent years.

During its 2014 independence referendum, Scotland demonstrated that the direct political involvement of its own young people was also on the rise. The voting age was reduced to 16, meaning many young Scots voted for the first time. More than 80% of under-18s headed to the polls. According to Opinium, had the voting age also been lowered for the EU referendum, the outcome may well have been different.