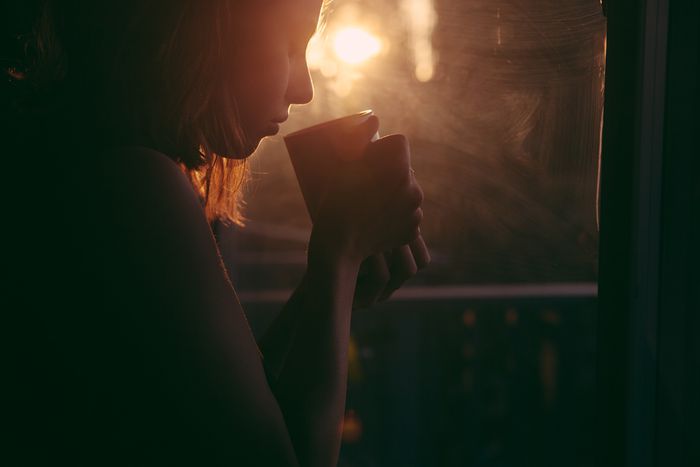 Brexit: from dusk till dawn

Brussels, 9:00 p.m. Less than three hours before the polling stations close after a day of voting for the EU referendum, which would decide UK's destiny. Cafébabel went to explore the most British places of Brussels – at a two minutes walk  from the European Commission headquarters – to take the pulse in the night of the results. Here are some insights.

Everybody knows the question asked to the British people on June 23rd. And as we went, we asked the same question to British expats in Brussels: should the United Kingdom remain a member of the European Union or leave the European Union? Being in Brussels, we knew where we were getting ourselves in: the expat community was most likely to support the remain. And we were not disappointed. 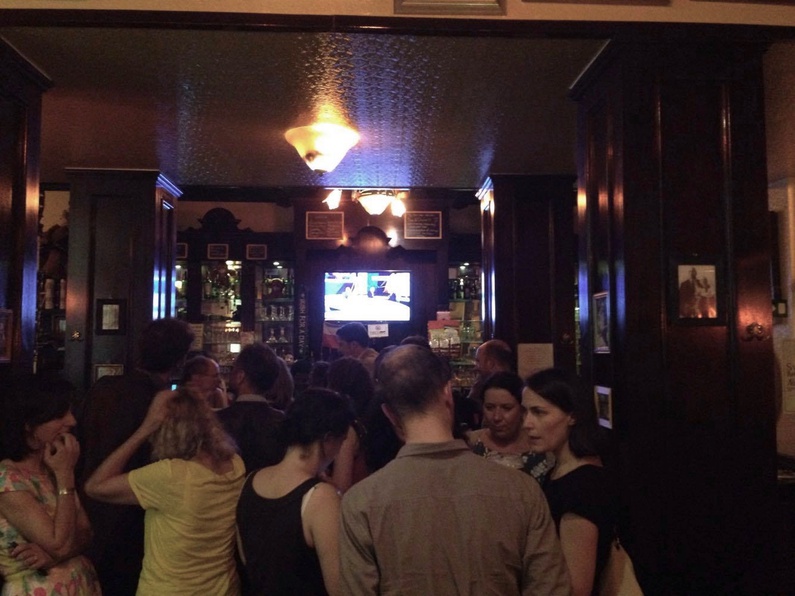 Joachim (26), Michael (36), Leon (26) gathered around a beer at the pub with a whole group of persons to have a casual exchange of views on the Brexit with the results only a few hours away. All of them working in the European bubble, there was no real doubt on what would have been if they were British, obviously: remain.

Although being European policy specialist, Joachim would have been « really interested in what would have happen if the UK was to leave ». From a legal, commercial and economic point of view. Still, for Michael the higher cost will be carried by the UK. As he puts it « Britain would enter a troubled path » if that was to happen. Leon on his part underlines « the debunked geopolitical and economic arguments » on the Brexit campaign side.

Ultimately, all of them agreed that even if it would be a big loss for the EU, it would be even higher for the UK, given the political will of Scotland to remain part of it and the complex situation with Ireland. For Michael, the classic « EU scapegoat narrative » scaled up to this very negative and passionate debate. And under the Belgian pouring rain in this English pub his hope is still « that the loudest campaign won’t win. » And as we escaped from the storm back into the bar, Joachim left cafébabel with a last quote « at least the rain is one thing we cannot blame on the EU ». Copy that London?

« I would prefer if the UK remains » says Marc (pseudonym, editor’s note), 54 years old. Marc works for a private event business in Brussels. « UK’s influence in Europe guarantees a positive balance between Germany and France ».

Tom (27), a British trainee at the European Parliament firmly believes in European integration. He voted remain by proxy (a vote cast by a person’s representative, editor’s note). To him, it would represent a risk of a domino effect in case of a Brexit: other “borderline” countries could follow the same path. 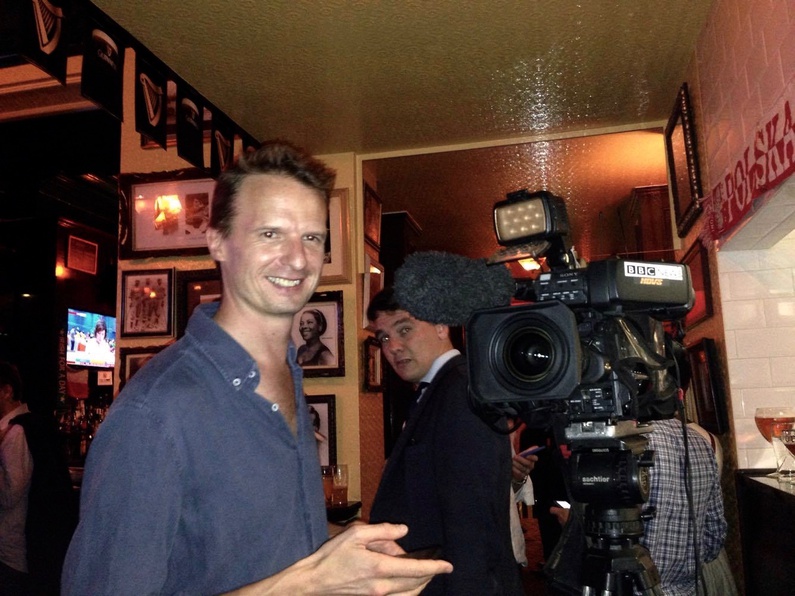 David Haworth (75), journalist at the Irish Daily Mail guesses watching the BBC weather forecast: “Even this heavy English rain might influence the referendum. We really don’t know the results; it might be 300 people more on this or other side. The first results are going to appear only around 5 am tomorrow. So I think the best is to go sleep early today and to put an alarm for 5 am. There are no even exit polls, it’s been so long since the last British referendum. And this is not the wisest way to decide on such things. They are playing on the populist appeals and the ignorance of people. Those who vote for Brexit have no idea of the consequences. And they will be tremendous, should the Brexit happen. Actually, the very fact of referendum is shaking the morality and the authority of the EU. But should the Britain vote to leave, it will create a horrible precedent, with others to follow.” Food for thought. 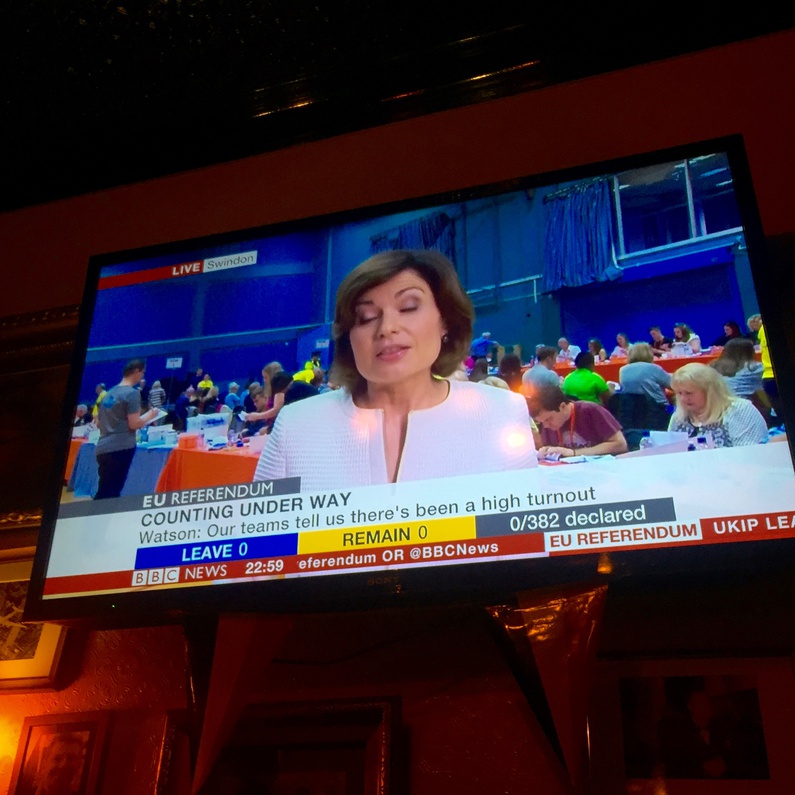 « This atmosphere built up something that will take years to disappear » commented Thomas a British expat in Brussels. 11:00 p.m. voting has ended for the historic referendum on whether the UK should remain in or leave the European Union. And now comes the final countdown.

5:45 a.m. outcome of Europe’s longest and rainiest night: Britain has voted out.