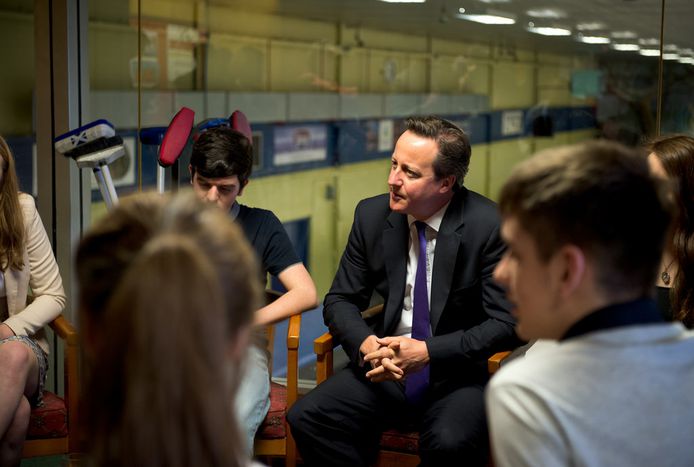 Brexit: A story of inequality and class divide

Blaming older voters for stealing young people's destiny is cynical and naïve. It assumes a higher moral authority over the future of Britain. While it is true that those in power have largely stolen a secure future for their children's generation, the dramatic ending to the Brexit story is best told through a narrative of increasing inequality and social class. Opinion piece.

Initial readings of the result point to an age divide: older voters wanted out, younger voters wanted the status quo. Yet this reading is too simplistic, and the relation between age and voting choice is a weak interpretation of Brexit, as the Guardian points out. There is a stronger relationship, however, between voting leave and a person's education, income, and location.

Essentially, Brexit is a story of class and inequality: swathes of working-class communities in forgotten post-industrial regions of England and Wales voted to leave, while their more affluent, liberal and mobile neighbours voted to remain.

The past three or four decades of the British political landscape has been fertile ground for neoliberal politics. Successive governments have sided with the wealthy classes over the middle and working classes. The EU, which prefers privatisation and competition (the latest being the fourth railway package), has been failing to confront this truth, not only in Britain, but also across Europe.

The enforcement of austerity by the British government has further exacerbated deep inequalities felt in Britain, further fuelling social divisions and a deep distrust of those seated at the top of society, who we have many names for – the Establishment, the elite, the politicians, the 1%.

The European Union has failed to positively affect the everyday lives of working people. Instead, the EU presided over punishing the most vulnerable countries of the Eurozone by demanding massive government cutbacks and job losses, and privatisation. It's treatment of Greece has been the nadir of European Union unity.

Much Euroscepticism has been self-inflicted, with European people’s interests not reflected in the EU.

But don’t mistake the exit as an anti-elite success. While it severs the diktats of a democratically-deficient EU, we will be left in the hands of a Conservative party with both hands on the hammer swinging at workers' rights and protections for poorer Brits, as George Osborne has recently threatened more government cuts – all without restraint from the EU.

Globalisation has forced through many changes in the everyday lives of people. Post-industrial towns have understandably changed significantly – almost all these areas voted to leave the EU. These towns and cities have often felt neglected, left behind by the policies at both the national and EU level.

Small independent shops have been replaced with a handful of international chains that suck in disproportionate amounts of profit; charity shops, betting shops and boarded-up retailers, now characterize much of these town centres. Urban and community character has been eroded.

Working-class regions feel left behind by the advances of globalisation, as they see it working in favour of distant affluent classes in London's gated-communities. They were the first to get hit by austerity and remain beaten down. Britain’s Labour heartlands voted overwhelmingly to exit the EU.

On referendum day, I sat in the beer garden at my local pub. I live in an area deeply tied to a history of the mines and manufacturing. The Brexit debate inevitably surfaced.  "I can’t be arsed to vote," says one friend. "I don’t know enough about it, mate."

The pub is a good location to gauge public opinion.

None of my mates in the beer garden walked into a polling station. Many more young people I spoke with felt the same. Young vocal Brits decrying an older generation who has stolen a bright future away from their hands ignore that fact that young people overwhelmingly did not even vote - a few as  36% of young people voted. Upset, upper class liberal Brits are claiming hegemony over the rest of young Brits, when they only represent a minority voice of young British people.

In wider society, around 28% of the electorate did not vote. That's 13 million people either unable to decide the destiny of Britian, or who feel alienated by elite politics.

Free movement of people is at the core of EU values. Anti-immigration sentiment in the UK has been steadily increasing, and its direction has been largely brought under the control of Farage and UKIP. Struggling areas of the country are often home to migrant workers who are exploited even more than British citizens, being paid below minimum wage, leading to wage suppression at the lower levels of the income ladder, and fuelling further hostility and xenophobia.

This is the most inconvenient truth for those on the left – who are supportive of immigration but often shy away from its effects in some areas. The EU also needs to look at these adverse effects of freedom of movement.

While there needs to be rational debate about immigration in the UK, we must look at the deeper roots of such negative public sentiment. One main cause is the lack of affordable houses being built, which is pushing up house prices, making it difficult for people to buy their own homes, and mistakenly leads many people – who have had experienced cuts in their living standards – to feel as if too many immigrants are coming to Britain.

I don’t want to see the European Union collapse, but it is now in its most fragile state. I hope it learns from its failures, and uses its power to improve the lives of Europeans who feel left behind by increasing globalisation and European integration. Only then will Europeans realise that we can work together for the common good, and to foster better relations. If it continues to neglect the concerns of working class Europeans, Euroscepticism will continue to divide a continent.

The British public has had enough of experts. Having voted 52% in favour of leaving the European Union, the (Not So) United Kingdom will now start on it’s merry way down the road leading out of the EU. What’s next for the cake-filled, misery laden grey old island? Is this really ‘Independence Day’? Will the pound ever recover? Frankly, we haven’t got a clue. But a few Babelians might be able to help…