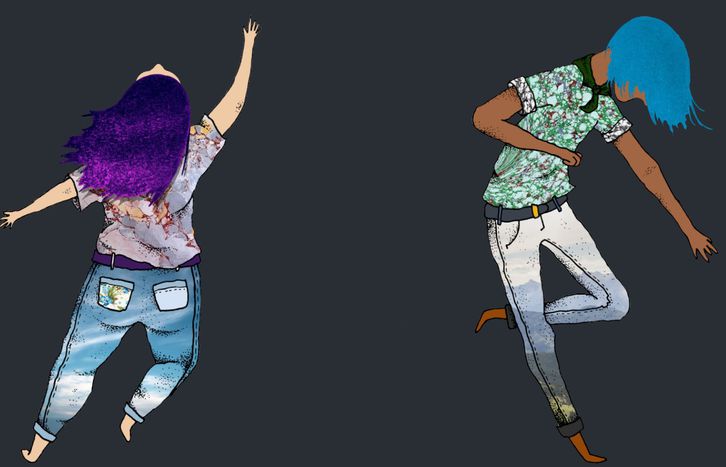 Over the past couple of years, Bratislava has become a party hub. Slovakians and Austrians rub elbows with each other in the city’s many underground bars and clubs. Could cross-border clubbing become a major trend in the future?

We go underground, literally. Although a statue of a sitting Buddha overlooks the bar, the atmosphere is anything but ascetic. Almost everyone is holding a cocktail or beer, the loud music leaving no room for meditation. Despite the noise, you can’t fail to notice the partygoers speaking English and Spanish, in addition to Slovak. Cheap flights and drinks have turned the capital of Slovakia into “Partyslava”. For several years, it has primarily been a popular destination for British tourists going on stag dos and hen parties. But a couple of years ago, we first heard that an increasing number of young people from Vienna are going clubbing in Bratislava.

We meet Richard and Bernadette, two young Austrians from Hainburg—a small town right on the border of Slovakia—who have considerable cross-border clubbing experience. Richard, who now works in a theatre in Vienna, has been to bars in Bratislava several times. He first went there when he was 17 years old. “I was pretty bored because all bars were the same in Hainburg. That’s why we crossed the border”, he tells us. “There are many young people in Bratislava who are open-minded and cosmopolitan. We simply went there without any knowledge of the bars.”.

A good night out in Vienna? Try Bratislava, instead

For people from Hainburg, getting to Bratislava is really easy. Taking bus number 901 of the Bratislava public transportation system, the journey takes only 22 minutes, and if you’re under 26 years old, the bus fare is only 75 cents. Drinks are also much cheaper than in Austria, so it makes sense that people from towns and villages near the border prefer Bratislava to Vienna. What are their favourite venues? Richard tells us that they often go to the Sky Bar near the U.S. embassy: “You can go up to the roof, and they also have a good drinks menu.”

Irena, a Serbian who lived in Vienna for a while before moving to Belgium for an Erasmus exchange year, is another cross-border party addict. Shortly after coming to Vienna, she met a Bosnian guy and asked him about what places in Vienna were good to go out to. His answer? “Hmm, to be honest, all my best nights out while living in Vienna were in Bratislava”. She laughed and he promised to take her along on some of his party trips. They usually went five or six times a year, mostly to Cirkus Barok, Nu Spirit Bar and RIO. “The clubs may not have the most amazing designs, but the atmosphere is generally more spontaneous. Guys also find girls better looking than in Vienna”, she smiles. Bernadette recently joined Richard and a group of friends to celebrate a friend’s birthday in Bratislava. 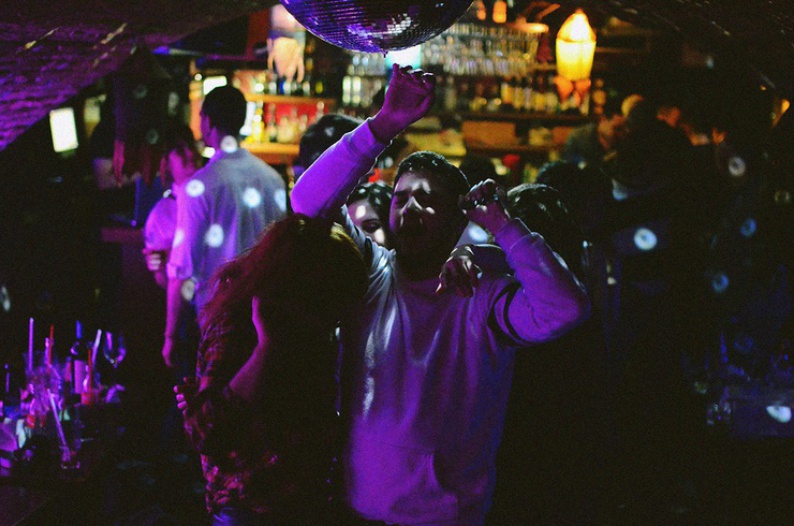 It was her first “party trip” to the Slovakian capital. “Bars are different there, and sometimes we simply want a change of scenery”, she says. Although she has only been to Bratislava’s clubs once, she knows a lot about the party scene of the Slovakian capital. Her brother is a drummer and plays in two international jazz bands—jEzzSPRIT and the Gabo Jonas Trio—that perform in Bratislava. “I’ve heard of some great concerts from updates made by Austrian bands that play there, so I’d like to go check that out, too”.

Despite four decades of both countries being isolated from each other, neither Bernadette nor Richard considers Bratislava to be too different from Vienna or other Austrian cities. “It’s like Vienna, and there’s also a lot of nice graffiti”, says Bernadette. “It’s a growing city, so I don’t think it’s really too different”.

But first impressions of Bratislava can be mixed. When you arrive from Austria, the sight is not spectacular; the Petržalka housing estate, with its 150 thousand inhabitants and dozens of Soviet era apartment blocks, is considered an eyesore. “The bus station and bridge are weird, but the statues are super fun and cool to take photos of”, Irena tells us. 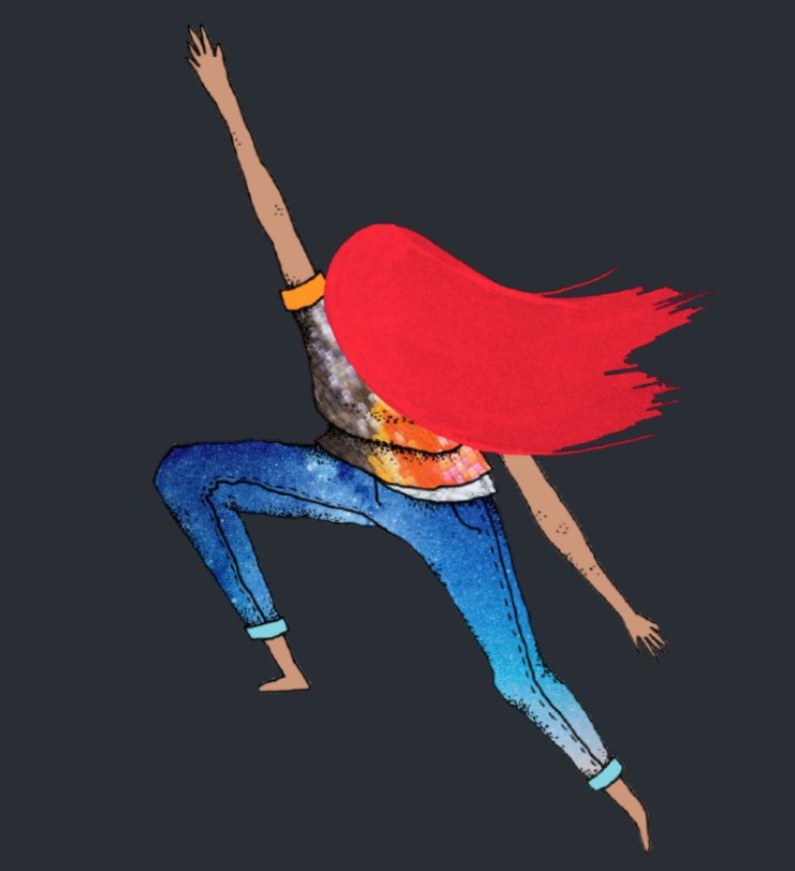 What about the people? Richard seems convinced that, “people in Bratislava smile more and are typically more open, whereas people in Vienna are always in a hurry”. Bernadette’s view is a bit more nuanced. “I think in Bratislava, you’re just more aware of your surroundings, which is why your first impression may be a bit distorted.” And how does Irena compare people in Bratislava to the Viennese? Historically, relationships between Serbia and Slovakia have typically been very good, so her answer doesn’t surprise us. “People are friendlier, are open to making contacts and talking with strangers. They’re louder, wilder, less formal, less snobbish and more into partying than posing”.

It might still take a number of years before all differences fade away entirely, but even today the borders seem to be little more than lines on a map. Although the famous tram from Vienna to Bratislava that was operational from 1919 to 1945 is a thing of the past, today bus number 901 connects people from both sides. As for Bernadette and Richard, we’ve asked them to let us know next time they’re partying in Bratislava. And when Irena returns from Belgium, she’ll be invited too. Partygoers of the world unite!