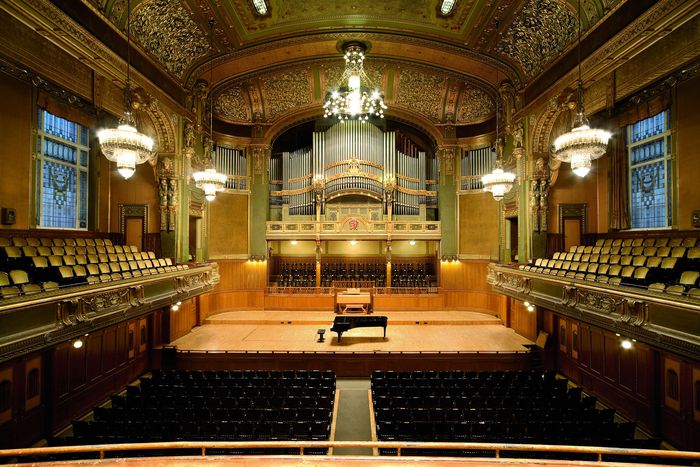 We always talk about international relations but what about the non-verbal connections? Have you ever thought about wich cultures affected on your nation's?

It is always interesting to take a look on what a nation thinks about itself. Hungarians have an amazing number of typical furthermore stereotypical symbols such as the Hungarian grey cattle, the puli, folk wrangles, goulash soup or palinka. But how are we – Hungarians – thinking about ourselves? It seems to me that this is the most actual question nowadays. In my article, I will try to give you an insight into the Hungarian musical self-identity.

If you search for Hungary and its monuments on the internet, you will find as many videos as you want. But most of them will have the same music: Hungarian Dance N°5 by Johannes Brahms. He wasn’t Hungarian of course so how could he write the song that describes the atmosphere of Hungary?

Those who have learnt anything about Europe’s history would know that Hungary was the part of the Austrian Empire and then of the Austro-Hungarian Empire. Because of this relation Germanic culture took a huge effect on Hungarian one. It seems to me that Hungarians aren’t aware of this effect, but if you compare them with each other (especially two classical music peaces) you would find the similarities. In point of fact Brahms should not search and collect too much material. Working together with two Hungarian violinists for some years was absolutely enough for him. Eduard Reményi and Joseph Joachim were perfect musicians and Brahms really liked working with them. That is how he got closer to Hungarian people and the culture. Actually the most famous piece of the dances (the fifths one) was based on a song by Béla Kéler but Brahms mistakenly thought that it was a folk song. But the folk culture of this small, Central-European country is really rich and also recognisable.

There was another famous musician who wrote songs to the Magyars. He was probably the most famous Hungarian composer. He also met with Brahms but he did not really like him. He was Franz (or in Ferenc as known is Hungary) Liszt. He always introduced himself as Hungarian and he used his Hungarian passport, but he did not know a word in Hungarian. His place of born, Raiding (also known as Doborján) was the part of the Hungarian Kingdom before the end of World War I. Liszt probably knew a bit more about his home’s culture, but not much more.

Probably these historical reasons cause that the most well known Hungarian melodies were composed by Germans. And the Magyars accepted that the rest of the World thinks of these musicians masterpieces as their folk music. These melodies became parts of our culture and nobody would query the origins of them. But the songs would have not been born if these two men had not been interested in this “weird” nation.

On the other side our music did not take everybody’s breath away. Gustav Mahler was the director of the Hungarian State Opera. He had to face up with a lot of resistance because Hungarian conservative nationalists wanted to enhance the country’s folk music also in the opera. However a big progressive part of the elite supported the composer’s Austro-German wave he had a huge number of conflicts. Probably that was the reason why the receptive composer didn’t use too many Hungarian materials.

Brahms didn’t have a good relation even with Liszt or Mahler. He fell asleep when Liszt performed his Sonata in B- minor. His relation with Mahler was not the vest only caused by their different works. But Brahms attended to the last concert of Mahler in Budapest. These facts show that these three people had absolutely different personality and probably the only connection between them (of course apart from music) was their links to Hungary and its culture.

Personally, I think that they all were great furthermore wondrous. We should not mind that our most famous melodies were composed by “not-Hungarians”. The monarchy was an absolutely multicultural place, in my opinion it was the state what was the most similar to that how Europe should work now. So, to sum up with the issue: it does not matter where they were from till they had known the culture and were interested in us.