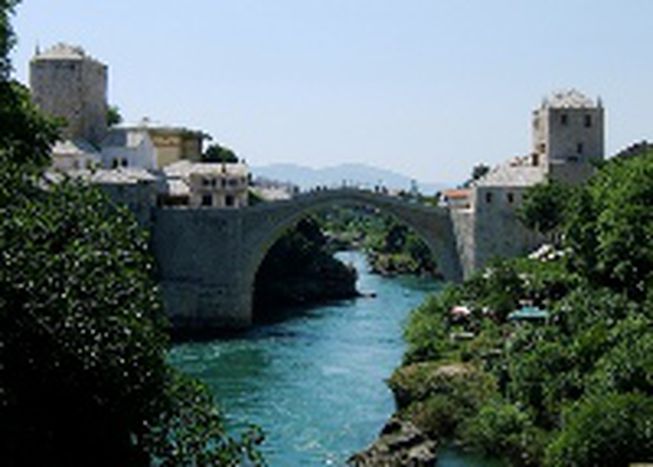 Bosnia: elections in a divided country

A new parliament has been elected in Bosnia, but the conflict between Croats, Muslims and Serbs is far from over

The levels of income in Bosnia are far below those of other European countries. GDP is scarcely above 1000 dollars per capita and the unemployment rate reaches 40% of the active population. Nearly 40% of the three ethnicities are displaced persons or refugees who have not yet returned to their former homes. In addition, the world’s most wanted war criminals, Radovan Karadzic and Ratko Mladic, continue to walk free. Of course, there have been plenty of opportunities to capture them over the past decade. But perhaps some in The Hague want to be spared a repeat of the embarrassment and shame caused by the late Slobodan Milosevic’s thunderous and accusatory chief prosecutor, Carla del Ponte.

The present State of Bosnia and Herzegovina was an experiment made in Dayton back in 1995, when Bill Clinton decided to tackle the longest, most interminable conflict in the Balkans since the Second World War. The North Americans, tired of a bloody war that was dividing Europe, as well as threatening to destabilise the whole region, decided to force the three sides –Croats, Bosnians and Bosnian Serbs– into a military base and to impose a peace process, no matter how fragile and weak. They felt it necessary to put an end to the hostilities even if their agreement was flawed. Leaders wanted to share the spoils of the ex Yugoslav Republic of Bosnia and Herzegovina in an acceptable way, and confirm a de facto unity. This was to prevent the dissolution of a country recognised in 1992 by the EU and by the USA, under the insistent diplomatic action of Germany, Austria and, of course, the Vatican.

The result of this piece of American political-theatrical pastiche was preditable. All three parties came out of the Dayton agreement feeling defeated. The institutional framework of the Dayton agreements was too complex for Bosnia and Herzegovina. The Croats and Muslims were obliged, reluctantly, to live with each other in one political entity, the Federation, and the Serbs were granted their own Serb Republic. The Federation was given 51% of the territory, while the Serbs received 49%, despite the fact that before the war they had been a minority community with only 40% of the recorded population. Later, another mistake, ten administrative subdivisions were created to divide the Federation, creating the most decentralised State in the world. Bosnia is most difficult to govern and leaders are always negotiating deals and arrangements. There are hundreds of ministers, MPs, mayors and councillors in Bosnia. Nearly everyone seems to be involved in politics, or has a relative who is, in this country with scarcely four and a half million inhabitants.

American and European politicians and diplomats, who caused the war due to their rash decision to recognise the new Yugoslav republics, can claim one success. The war ended years ago and an sort of armistice guarantees some relative peace. However, make no mistake. The three parties have never forgotten the political objectives that led them to fight each other. It is possible that when the international forces leave, the hostilities will resume. The use of force guarantees peace.

The future statute of Kosovo is currently being negotiated. The Albanians demand total independence of the territory, and the Serbs offer extensive autonomy within Serbia. Their differences seem insurmountable.

Given the sympathy felt by the Eu bureaucrats towards Kosovo Albanian leaders, the Yugoslav region may be further fragmented. A Kosovar state could be imposed in the heart of the Balkans. Therefore, if Kosovo becomes independent, how can we refrain the aspirations to independence of the Bosnian Serbs? The creation of a Kosovar state will open the way for new and unexpected secessions. The Balkans will become further fragmented.