He’s a green politician, activist and scientist, who organised one of the biggest environmental protests in recent Bulgarian history. He exposed the pollution of a local river by a mining company, and according to him subsiquently and on other occasion was rewarded with a lawsuit to fight against. When juggling so many balls in the air, it’s a miracle he has any free time…

Borislav Sandov was “tremendously" influenced by his birthplace, the town of Madan in the south of Bulgaria, situated in the Rhodope Mountains. “It contributed to my internal value of fairness,” he argues. The city was constructed during the former socialist regime, to capitalise on nearby mining activity. It was a place filled with people from all corners of Bulgaria, of many different religious faiths. However, the current state of affairs in the area is not such a pretty picture.

“It’s really sad now to see how the city has changed,” he explains, “After mining activities here ended, the quality of life really decreased and local people no longer have an income.” The regression of his native city sometimes makes him wonder if he should return to fighting local battles. However, the long path into politics and large scale activism has already been taken. 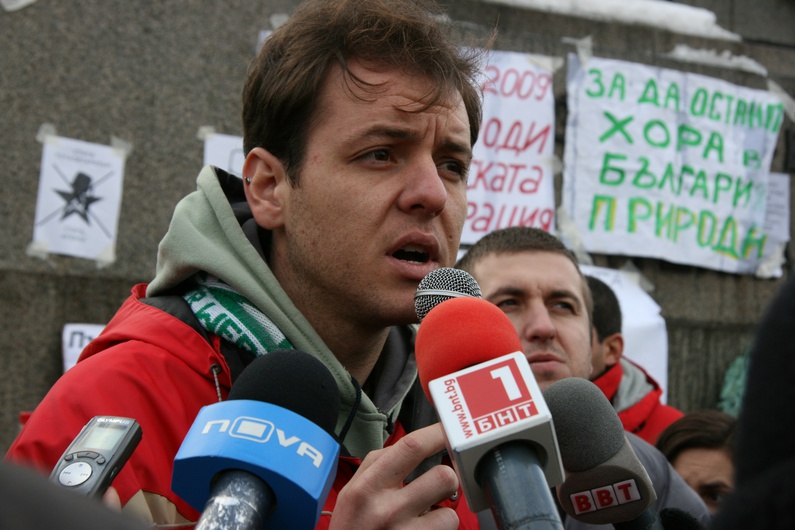 I talk with Borislav the evening before he sets out for climate talks in Lyon. I can’t resist asking if he manages to find time for himself, though he answer is predictable: “A little bit…”

He started his activism in 2000. After graduating from university in Geography, a subject to which he attributes much of his current mindset, he also developed himself as an expert in the field, and later, as a politician. He is the former head of the Bulgarian party  "The Greens", part of the European Green Party, created in 2008. As he proudly explains, nowadays the party has no leader, but rather roles rotate within a horizontal structure. “At the same time,” he notes, “I continue to be at its core.”

I ask if there is anything which disappoints him about the current state of politics. “The status quo,” he replies, “However this can also motivate me at the same time. I am sometimes frustrated by the fact that things change too slowly, and people do not react quick enough.”

On the 12th of November this year there was a huge protest in Bulgaria against the misuse of natural resources by local oligarchs, and Borislav was one of the organisers. He speaks frankly and enthusiastically about the progress of civic participation in Bulgaria. The green movement dates back to the very first dissidents in 2005, who then had the goal of preserving the area of Irakli on the coast of the Black Sea. The movement has only grown throughout the years. 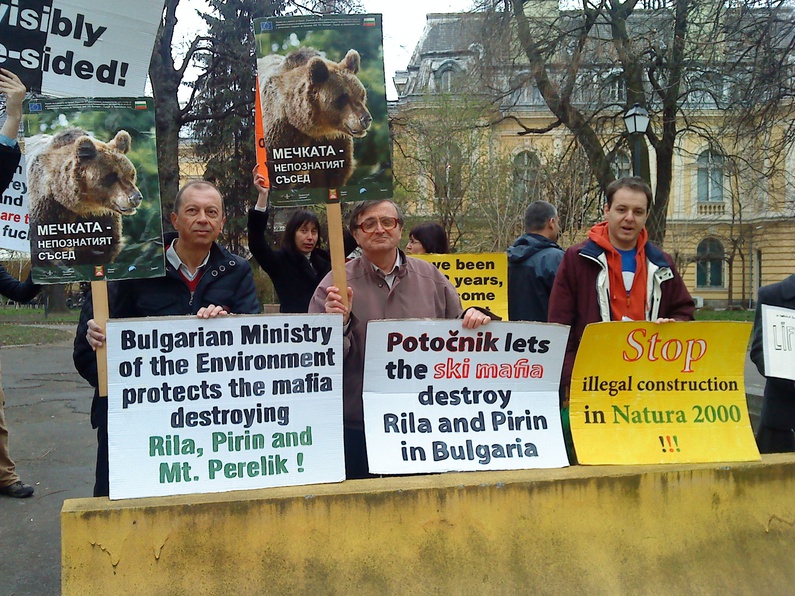 Borislav is one of many young leaders who will participate in the COP21 UN climate talks in Paris this December. I ask whether he thinks meaningful political changes could be generated by such a meeting: “I am a little bit discouraged when observing the process,” he admits.

“It’s like déjà vu. I was in Copenhagen in 2009 and that was a big disappointment after huge hopes that didn’t pay off. However, at COP21 there will be huge civic participation which gives me hope – if that pressure continues to be stable. The gathering of large groups of activists is key. One can make many contacts. Multinational corporations are a big issue and when we, green groups, unite through such networks – when we meet and talk to one another – there are effective mechanisms for a counter offensive. Then we know how to act.”