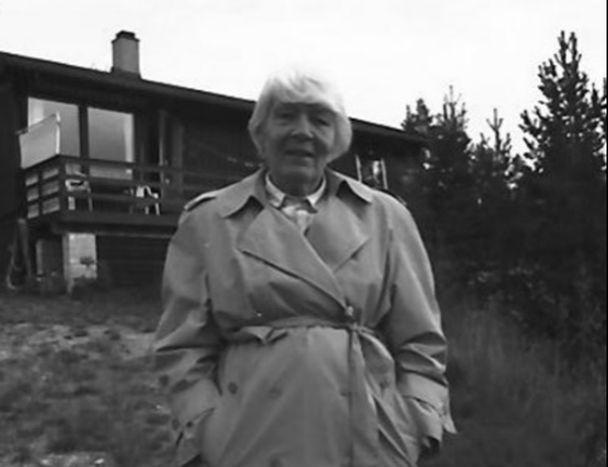 Schjelderup is not only a patriot, but also a humanist. Her motivation on convincing the reader about her political thoughts is inspiring.

Schjelderup is not only a patriot, but also a humanist. Her motivation on convincing the reader about her political thoughts is inspiring. In Gras-brann, she talks to us from 1980 where Norway is stuck between the cold-war games of Soviet Union and USA. Interesting to see a Norwegian political book -naturally- does not mention Islam, immigrant issues and other stupid stuff that today's populist columnists abuse for their own sake. Schjelderup does not write for her career. She writes for the people that she truly cares about.

She generally worries that Norway is allied with USA (NATO) and she explains how this alliance risks the national security of the country. So many times, she informs us about the dangers of a potential nuclear war and how Norway can be bombed by USA and Soviets. Her concerns are totally understandable, but she lacks one important point. Schjelderup does not provide an alternative for the security of Norway.

There is no doubt that Nobel Peace Prize is not given to those who truly deserves the prize. The first criteria of the candidate is always aligning the message with the benefits of Norway. Remember the winners of the Nobel Peace Prize in 2009 and 2012: Recently elected US President Barack Obama and European Union. The message is obvious. Norway wants to stay safe in the secure and hypocriticaly civilized area between US and EU for the following decades. Norway knows that political solitude will lead to Russian threat since the country is the gate for Atlantic Ocean.

Gras-brann creates a strong tie with the reader and Schjelderup talks to you like an old friend. Moreover, we have to admire her brave statements in the book: