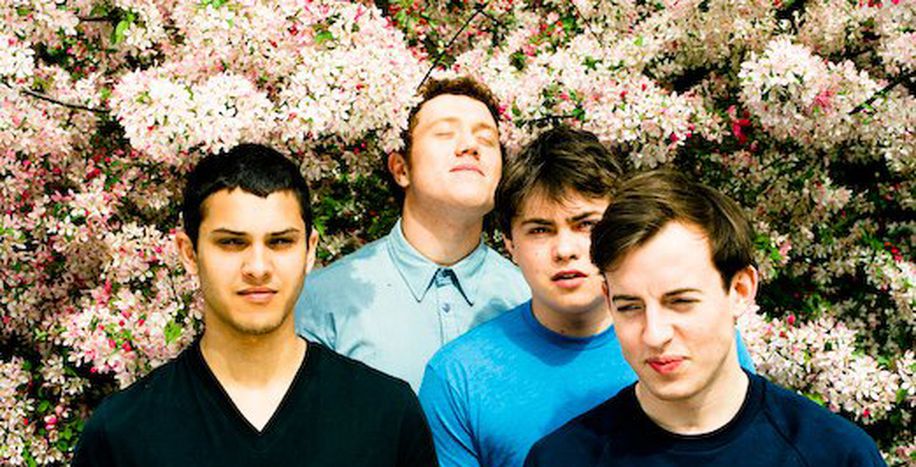 The band from London are buzzing after their fourth album, So Long, See You Tomorrow topped the charts in the UK. Cafébabel spoke to singer-songwriter Jack Steadman about the new album, Bollywood, Eastern influences and tiny rooms in Tokyo.

Ar­riv­ing at the Tra­bendo to meet Bom­bay Bi­cy­cle Club, we see Jack Stead­man from a dis­tance. He is walk­ing to­wards us, smil­ing with his gui­tar round his neck. He in­vites us onto his tour bus, of­fer­ing us beers left over from the night be­fore in Ham­burg. Still smil­ing he says they couldn’t have found an uglier place to stay than the park­ing lot be­hind the Tra­bendo where they have spent the day in Paris. We can only agree. There are mounds of mud and scaf­fold­ing strewn every­where.  On tour, this bus is the bed­room and the liv­ing space of one of the most suc­cess­ful bands in Britain. Even though the band are all under 25, Bom­bay Bi­cy­cle Club can look back on al­most a decade of band his­tory. While talk­ing, Jack, the band’s singer and song­writer, lays his hands on a cush­ion as if he wants to rest them for the evening gig in Paris.

Jack Stead­man: Tours are al­ways up and down. We started in Brus­sels, we went to Am­s­ter­dam, Copen­hagen, Ham­burg and then we are here in Paris. The shows in Scan­di­navia were in­cred­i­ble, we never played there be­fore, so the crowd was ob­vi­ously super ex­cited. And then last night was a bit weird in Ham­burg. I got a feel­ing that Ger­man au­di­ences are big­ger fans of our older ma­te­r­ial, which is more heavy and gui­tar-based, more ag­gres­sive and then when we played the new songs with the more East­ern in­flu­ences and the more light dance-ori­ented ones, they were just a bit con­fused.

CB: Is there a dif­fer­ent feel­ing in the cities that you are tour­ing from when you were tour­ing them first of all?

JS: The thing about going back so reg­u­larly when you are in a band is it makes you re­al­ize how you have changed, be­cause you are doing the same things, whereas a year ago tours were very dif­fer­ent for us. We didn’t take them as se­ri­ously and we par­tied the whole time and the shows were some­times awful and we were hun­gover. We spent two years pro­duc­ing this record our­selves and we put so much love into it. We go on tour and we want the show to be good now and that is such a dif­fer­ent at­ti­tude to be­fore where tour­ing was just an ex­cuse to party and have fun. 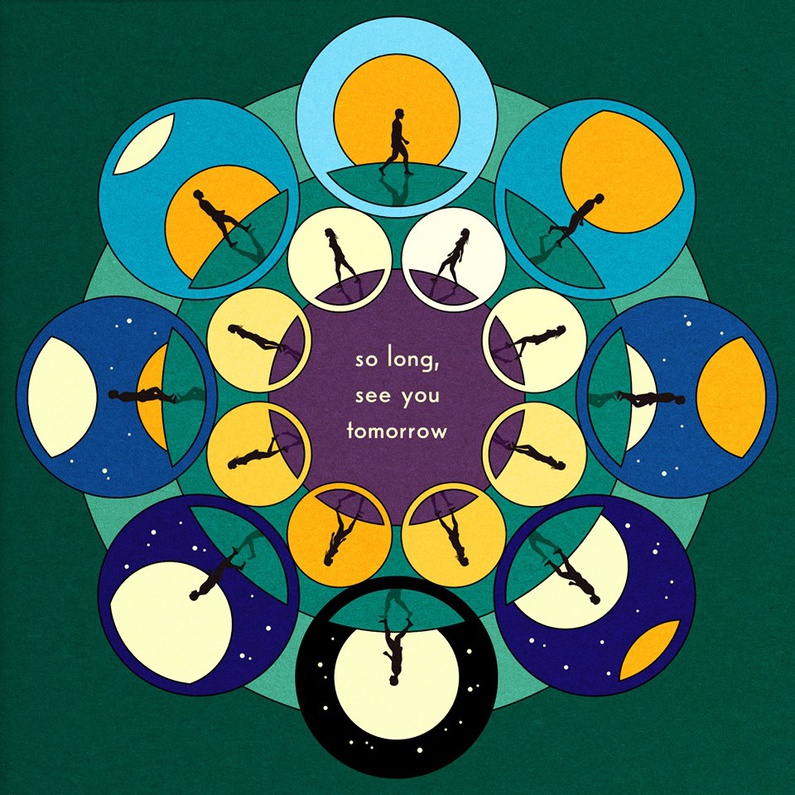 JS: It is a ter­ri­ble idea, but it didn’t stop me from doing it. I am in a re­ally happy place right now, where I just don’t re­ally care. As long as some peo­ple like it and we can do our shows, that is fine.

CB: I once saw you in Cam­bridge and I lost con­trol of my arms and my legs, they just went wild. How would you like peo­ple to re­spond to the music?

JS: I just want peo­ple to be smil­ing the whole time.

CB: What would you say is the mes­sage of your music?

JS: I don’t think the music has a mes­sage, but as a band we kind of want to be the band, that when you are in the au­di­ence you kind of want to be on stage with. We are just kind of nor­mal guys and there is noth­ing mys­te­ri­ous about us at all. We just look kind of goofy and nerdy on stage and I love that be­cause there is no pre­tence at all. And if you com­bine that with the fact that we made the record by our­selves with not a lot of money and it got to num­ber one in the UK that sends a pow­er­ful mes­sage to peo­ple: you don’t need to wear fancy clothes and you don’t need to be a dick head be­cause that is what rock­stars do. And you don’t have to spend a lot of money on an ex­pen­sive pro­ducer, you just have to love good music.

CB: Are you into pol­i­tics at all?

CB: What is the op­po­site?

CB: Was there ever a mo­ment, when you saw pol­i­tics as some source of cre­ativ­ity for you?

JS: Never. (si­lence) It is just mu­si­cal in­flu­ences, it never has any­thing to do with some­thing that is hap­pening around me. 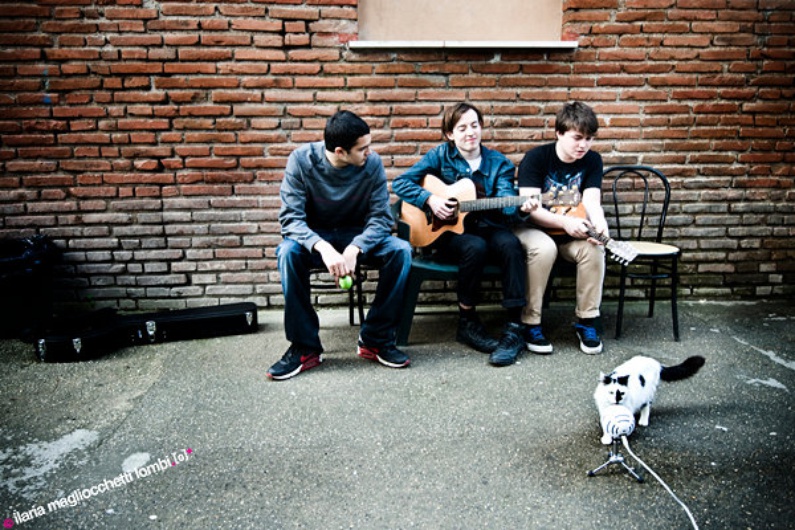 CB: What were the key in­flu­ences when you started to pro­duce music?

JS: It started off with Flea and John Fr­us­ciante, I was thir­teen and start­ing to play the bass. He was all about im­prov­ing and I fell in love with that.

CB: Was there a plan B when you went to school? Or is there some­thing in your head that tells you if this stops today I am going to do some­thing else?

JS: After school I was going to study French at uni­ver­sity. I had a place at Man­ches­ter. But ever since I've been writ­ing music, I knew this is what I was going to do. So I never thought about any other job. I al­ways had a very strong con­fi­dence from a young age that this was going to hap­pen. I don’t know why. I think music is the only thing that I have con­fi­dence about.

CB: In a few years time when you’re free, what can you see your­self doing?

JS: I’ve got two plans. One is: I am going to start a jazz café, I don’t know where, but I don’t think it can be in Lon­don. But it’s based on these ones that I saw in Tokyo. I visit Tokyo every year and just go record shop­ping. The shops there are about the size of this room (maybe 10 m2) and there is a man be­hind the bar and 10,000 records all around and just two big speak­ers in the cor­ner. You go there and no one talks be­cause you just lis­ten to music. It is like a li­brary and I fell in love with it. I have never seen any­thing like this out­side Tokyo, so I would like to open my own.

After that I would like to be­come a train dri­ver. I just think it would be a great job. Free­dom of mind. I don’t think it will ever hap­pen, be­cause I can’t even drive a car.

CB: Where does the Bol­ly­wood music in your record come from?

JS: It comes from a film called Nagin. It’s about a snake charmer. That's the theme music for it. I spent a month in Mum­bai. I was just lis­ten­ing to a lot of records and going record shop­ping. It is taken di­rectly from it. It's just a sam­ple.