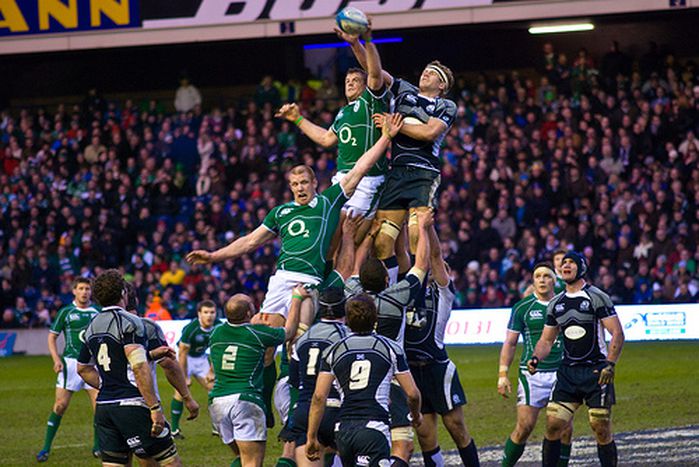 On 21 March, a tenth Six Nations final was dominated by the Celts: Ireland and Wales are through. Italy and England have been knocked out of the race, while France and Scotland are relegated

The curtain has fallen for Italy in this tenth Six Nations tournament, which has gone favourably for Wales and Ireland. It comes as no surprise that France and England both had their moments of glory during the course of the event, but it was ultimately the Celts who came out on top. A similarly unsurprising sight was Italy crashing and burning their way out of the competition; under the supervision of head coach Nick Mallett, they barely got their act together. This was the latest addition to the collection of wooden spoons which Italy has been amassing thanks to a string of embarrassments in this year’s competition. In fact, it seems that for a number of years now Argentinian-born Sergio Parisse and his men have struggled to come into their own on the field, demonstrating that they are far more apt at landing lucrative advertising deals than they are on the touchline. It’s a similar story in the world of tennis: ever since Swiss player Roger Federer became the face of Gillette, Spaniard Rafael Nadal has been manating to take a razor to him on court. And so Italy is out of the competition, feeding the other five nations from its wooden spoon, that little sought-after trophy which the Blues have taken away this year. It’s a terrible outcome for Italy, but a very happy St Patrick’s Day for Ireland.

Starting from the beginning

We’ll consider Italy’s performance in chronological order. It all began at Twickenham on 7 February, with the away match against England. Italy coach Nick Mallet put openside flanker Mauro Bergamasco in scrum-half, who let in three tries during the first half of the game. By the team the coach made amends at the restart it was already too late; the English continued to pass ball after ball down the field to the sound of the anthem Swing Low Sweet Chariot. The final score was 36-11. The first matches of the tournament also saw Ireland get the better of France at Croke Park stadium in Dublin, and Wales succeed over Scotland in Edinburgh. The following week, Rome opened its doors to the Irish shamrock, offering an excellent first leg to the spectators of the Flaminio stadium, which lies along the river. Captain Brian O’Driscol and his team took the victory.

Wales also won 23-15 against England; the streets of Cardiff were filled with red and resounded with chants of Yachi-da ('cheers' in Welsh) until the dawn. Scotland lost to France at the stadium Saint Denis in a Parisian suburb, as did the Welsh team on the third weekend of the tournament. The dragons finished just behind the French with a final score of 21-16. Italy’s performance was consistently unspectacular; another match to forget at Murrayfield in Edinburgh's west end allowed the Scots to take their sole victory of the tournament. Ireland meanwhile won a close victory over England.

The Italian side upped its game for the fourth match, leading Wales on a merry ride around the Flaminio. Italy’s defeat in a final score of 20-15 meant that Ireland was put through to the final, most importantly, in the run-up to St Patrick’s Day. Joining them is Wales; on various occasions throughout the competition, both sides showed evidence of great strength and excellent team work. France and Scotland, after a bittersweet tournament, have been relegated. As well as the Blues, England was knocked out and will now begin their next series of matches at Twickenham in Richmond-upon-Thames.