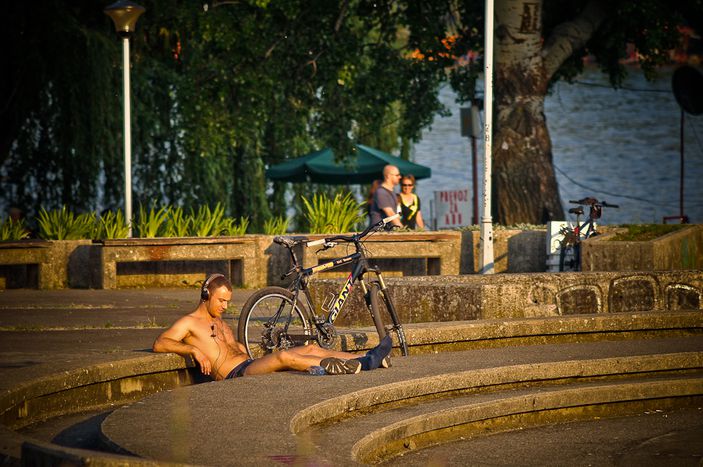 This is where Luc Besson filmed his movies: the Chinese district in the science-fiction sounding 'Blok 70',  a post second world war neighbourhood traversed by a central avenue that Yuri Gagarin gave his name to. Long shunned by the residents of 'old' Belgrade, Blokovi's high-rises are also nicknamed the 'grand dormotories' of the 'blocks'. Yet this district built for the communist working-class is far from its perceived image of gloomy and grey, finds Paris-based Bosnian photographer Sladjana Perkovic

This photo-gallery is part of cafebabel.com’s 2011-2012 feature focus on the Balkans, Orient Express Reporter 2, a project co-funded by the European Commission and with the support of Allianz Kulturstiftung. Many thanks to Senka Korać aka cafebabel.com Belgrade