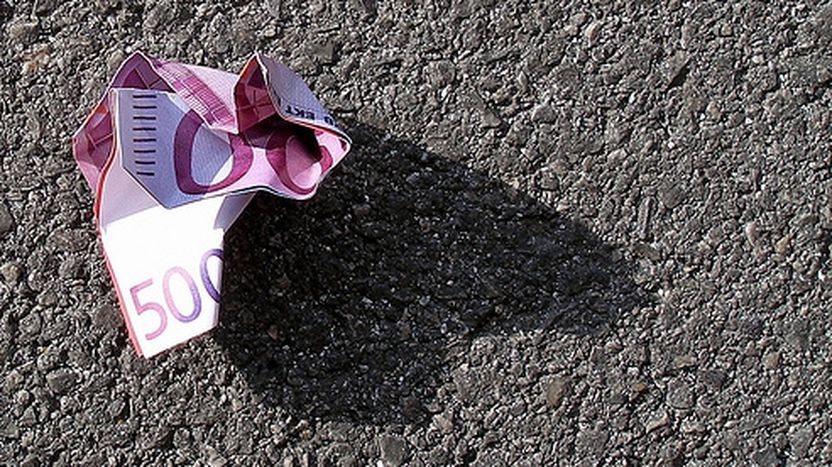 Those pastel red bridges and pale blue arches decorating the common currency we carry in our pockets is a constant reminder of the European Union. Ten years after its introduction, people have gotten used to the Monopoly-like notes. But what role do they have in the credit crunch?

‘The current economic crisis threatens to exacerbate the tensions within the eurozone,’ writes Tomas Valasek on the centre for European reform blog. An insolvent member state could cause real troubles to the euro and might be forced to abandon the single currency. At the moment this scenario seems rather fictional, but highly indebted countries such as Greece could face serious problems if banks lose their confidence in the country’s solvency. Tomas Valasek states that most historical currency unions have broken up. ‘If a country left the euro zone abruptly,’ he continues, ‘it would need to find temporary ways to separate its share of the euros from the rest. In the early nineties, the Czech Republic and Slovakia chose to stick distinguishing stamps on their banknotes.’ 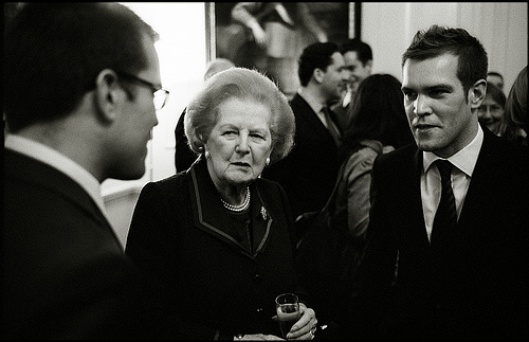 Other states might be tempted to leave the eurozone in order to regain monetary leverages, such as currency devaluation which would make national exports more attractive. For example, Great Britain is more flexible in adapting exchange rates to its economic needs. Yet babelblogger Maitre Sinh shows on Europatriotism what negative effect the constant devaluation of the pound has: British citizen have pauperised losing a third of their purchasing power compared to the rest of Europe. ‘The euro is not infallible, but its relative success has become an evidence compared to the pound, which looks more and more like a sacred cow.’ What has happened to the famous British pragmatism in politics, he signs off. 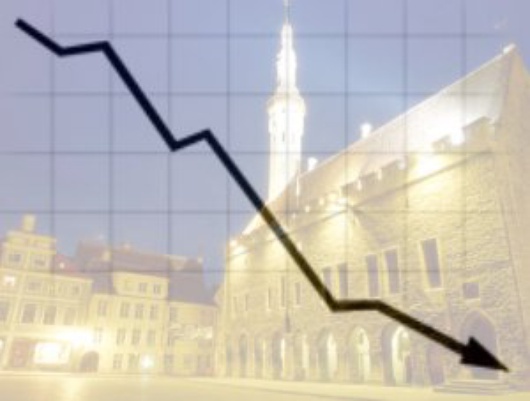 The Danes are also troubled with their krone, according to the blog Euros du village. Naim Cordemans explains how the government was obliged to raise interest rates so that investors would stay in the country. Facing the credit crunch, lower interest rates are actually needed to keep the economy running. The euro is hence trustworthy and countries such as Denmark, Sweden or Iceland discuss openly joining the monetary union. This might be easier said than done for the central and east European countries which are looking forward to the euro whilst struggling with the Maastricht criteria (euro convergence criteria). Some states have thus asked for a dilution of these criteria, earning only a double no from the two Jean-Claudes (Juncker and Trichet), respective presidents of the eurogroup and of the European central bank. For Naim Cordemans it is the price to pay for a stable currency, or citing the words of Barack Obama’s economic counsellor Paul Volcker: ‘In a turbulent sea it’s better to be on a big boat!’ For those countries that want to join the boat, this can seem somewhat hypocritical as most states of the eurozone don’t fulfil the Maastricht criteria anymore themselves.

Poland, traditionally opposed to the euro like Great Britain, is now actively negotiating to join the common currency as soon as possible. Yet Polish blogger Kuba Kurasz criticises the government’s national reform programme (NRP) and the stability and development plan. Deputy prime minister Waldemar Pawlak apparently has forgotten that the solutions rimes with stability and not financial chaos. Banks are frightened and the zloty continues to lose its value.

Yet ‘there’s a country in Europe with a large financial sector, big exposure to foreign trade, a floating exchange rate, and politics complicated by four communities within its governing structure,’ writes P O Neill on A Fistful of Euros. Of course he’s referring to Switzerland, a country that should be hammered by the financial crisis, as his phrase suggests. Nevertheless the Swiss economy is doing rather well and performs compared to other European states like a ‘helvetic tiger’. Neill’s message: ‘Politicians are in the business of pretending that the dire circumstances are due to events beyond their control. But even in a global crisis, there is significant country variation in impact. We need to spend more time looking at how an unlikely set of countries have coped relatively well.’