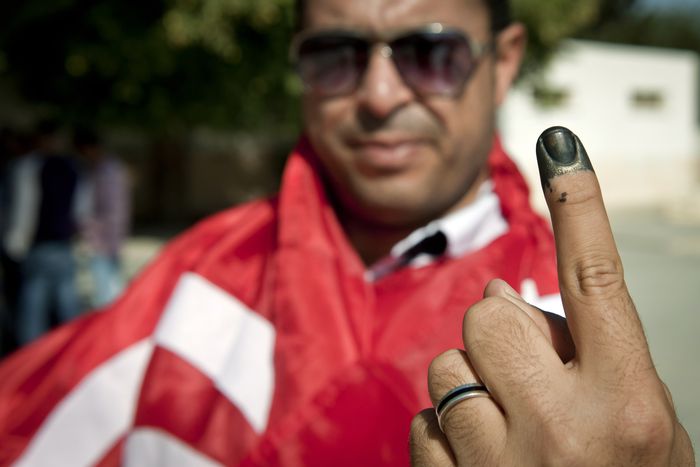 There's no official result in the Tunisian elections yet. Nonetheless the moderate islamist party ennahda is on the verge of victory. One of the pioneers of the digital awakening during the jasmine revolution gives his view of the first great moment of democracy in Tunisia

cafebabel.com: Khelil, whilst the results aren't yet official, the moderate islamist party ennahda is well ahead in the ballot. What are your feelings, just hours away from the completion of the count?

Khelil Ben Osman: It has to be said that ennhada's results are incredible and that they really are a very significant political force. Through grassroots campaigning and networking, the party was ubiquitous and has enjoyed good results throughout the country. However, the modernising parties lost a large number of votes in Tunisia's rural areas. Nevertheless I think that the Tunisian people have started out along the path to democracy. The extraordinary turnout (apparently close to 70% - ed) bears witness to this.

cafebabel.com: Is it possible that the potential victory of an islamist party in constitutional elections could be seen as a retrograde step in the light of the arab spring, and the jasmine revolution in particular?

Khelil Ben Osman: Absolutely not. Everyone knew that they would do well. What can be seen as a retrograde step is that the modernisers didn't do so well, quite simply because the campaign debate centred on the incident at Nessma TV (where islamists invaded the set of the TV station in question to protest against the broadcasting of the film Persepolis). The incident made a significant impression on many Tunisians and crystallised a secular and a conservative muslim front.

cafebabel.com: Do you think that the modernising parties lacked political strategy, that they were ill-prepared for such an outcome, perhaps too confident of the democratic momentum of a few months previously?

Khelil Ben Osman: The PDP (progressive democratic party) could be reproached for that to some degree: they find themselves in second place according to the exit polls. They had assumed that there was no possible outcome other than complete modernisation. The question of compatibility between the modernising and muslim parties now arises. 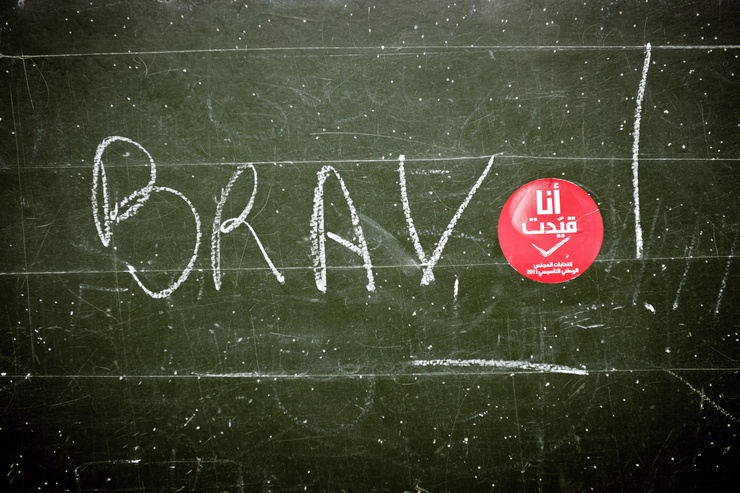 cafebabel.com: Certainly, many western politicians and European media outlets, including French broadsheet Le Monde, have asked whether islam is compatible with democracy. What would you say to them?

Khelil Ben Osman: To the best of my knowledge, the USA is a christian country. The American president swears before god with one hand on the bible. Why does no-one question this closeness between religion and state when it is so contested in the arab and islamic world? In the same way, many European parties fly the flag of a particular religion - German chancellor Angela Merkel's christian democratic union, for example.

cafebabel.com: Having said that, the American constitution is governed by secular laws, whereas the Tunisian islamists are raising the possibility of a state governed by islamic sharia law.

Khelil Ben Osman: Sharia is a mode of thinking at the heart of islam. It's not universal. We focus on the negative aspects and caricatures because islam is in the spotlight. The challenge highlighted during the campaign concerns article one of the Tunisian constitution(which names islam as the religion of Tunisia - ed). Will we decide that Tunisia is first and foremost a muslim state? That's a huge question which is best answered after the elections, along with others such as whether the concept of secularity is applicable to islam. East and west are consistently at odds on these questions, and what we really need to achieve is a form of symbiosis, because one really forms part of the other. With Tunisia's combination of culture and diversity, we will manage to answer these questions.

cafebabel.com: Finally, what will happen next?

Khelil Ben Osman: After a period of problems which the government will handle well, a coalition will form in the next few days. It will have to continue to promote the democratic momentum initiated by the jasmine revolution. I am confident. Democracy has spoken. Tunisians now have unprecedented freedom of speech. We must continue to defend the freedom of expression and the fundamental rights that will guarantee the freedoms of tomorrow.