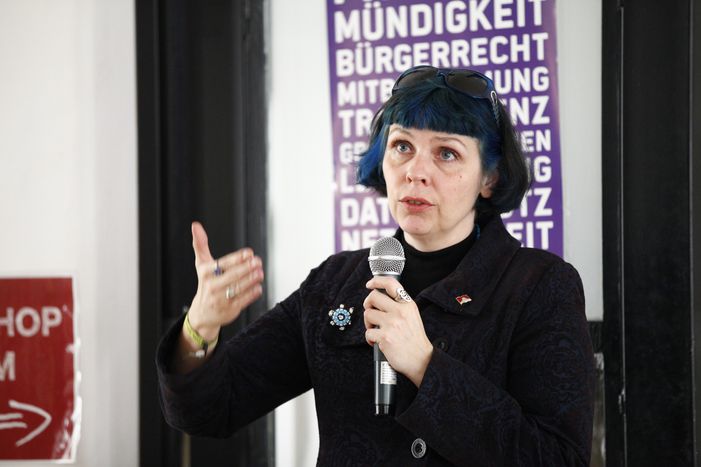 The politician, blogger and Wikileaks ‘friend’ from Reykjavik, 43, proposed a law which aims to convert the island into a model of digital transparency and safe haven for journalists; it was passed in June. Interview with a mother-of-one who is ‘everything but your traditional politician’

cafebabel.com: Birgitta, today’s women appear to be investing themselves more and more in the digital era, especially via blogs. You yourself use this mediatic forum with your blog 'this is birgitta'. What do you think of this trend?

Birgitta Jonsdottir: It’s proof of the huge victory of opinion. I can only be happy about a phenomenon which increasingly drains the world around of a civic ambition. It’s animated by the simple concern of telling stories. It’s very interesting to see women occupying mediatic space via the tool that is the internet. It’s become a new terrain of expression for them. It’s also a new affirmation of their independence.

cafebabel.com: Why did you decide to enlighten a legislative disposition concerning the ‘liberty of expression in the numeric area’ through your Icelandic modern media initiative (IMMI) project?

Birgitta Jonsdottir: The project should be ready within a year if it’s correctly applied as it was proposed in Iceland. I started to think about the initiative when I really got interested in new technologies, after a seminar in December 2009. The aim is total transparency. The original idea is to create a paradise of the freedom of expression. It’s a chance for Iceland because the bureaucratic and debased government is becoming inoperative. But it’s also a chance for the journalism world in general since a kind of ‘tsunami of information’ is kicking off. It’s fundamental to create functional infrastructures to allow a new generation of authors to express themselves.

cafebabel.com: You speak about a ‘paradise of information’. What do you mean exactly?

Birgitta Jonsdottir: I’d like journalists to be able to reveal the state of our current society to everyone. The new generation should contribute by spreading new stories, dealing with new subjects. I realised that the so-called ‘traditional’ journalists can’t do it alone. Everyone repeats over and over again that they’re acting in the name of the freedom of expression, but it’s not true. Look at what’s happening in Italy, the UK or France… 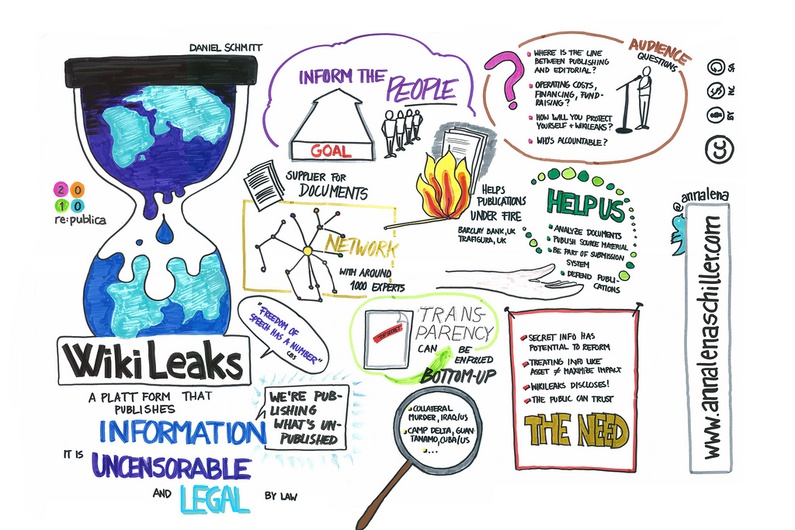 cafebabel.com: Are bloggers directly concerned with this kind of initiative?

Birgitta Jonsdottir: Of course. It’s the entire axis of the project, by the way. Of course. We have to invest in the blog terrain so that those who aliment it become what I term ‘citizen journalists’. In other words, people who are able to bring an added value to the traditional information. The blogger community does that already. They take photos, leave comments, stimulate numerous debates…

cafebabel.com: Certain experts, like at the Nieman journalism lab, say that the IMMI would lead to the degradation of the primary role that journalists hold when it comes to relaying information. What’s the role of a journalist in a system where information can be contributed by everyone?

Birgitta Jonsdottir: Think about the terms. For me, investigative journalism is the root of my motivations. Since the recession it’s a sector which has been in crisis. But fortunately, thanks to bloggers, we can curb the phenomenon. We can’t fix everything with one click but ‘citizen journalists’ can participate in the renaissance of investigative journalism. I’m not saying that bloggers can substitute the work that journalists do. But when I started to get interested in the web, I saw that independent interfaces provided additional important pieces of information to the social debate. They simply published things that the traditional media didn’t spread. By using the potential of blogs, the panorama of information could increase tenfold. Frankly, I’d like to see these two actors work together.

cafebabel.com: Your facebook profile has you down as ‘poet, writer, artist, editor, blogger, anti-war activist’ and now, MP. Sorry, but could the real Birgitta Jonsdottir please stand up?!

Birgitta Jonsdottir: I’m all of these things at the same time. I initially wanted to a poet – someone who could tell a story in few words. I still publish some poems on my blog. At the end of the day, I’ve learnt that if you know what you want, you can do it.