Beyond the Curtain: the final phase

Things are finally ready. Our reportage project Beyond the Curtain is going into its final phase. Starting today, our five binational reporter teams will go out looking one last time for new stories between East and West.

When we started the reportage project Beyond the Curtain - 25 Years of Open Borders in April 2014, we had no idea how far it would carry us. Gray skies and loads of rain - Nice didn't greet us with the brilliance colors of Provence. Did we swim in the sea? Negative. But that gave us time to reflect and lead discussions. Somehow, the local teams from Vienna, Berlin, Bratislava, Warsaw, Kraków and Budapest all wound up at one table. Tomas had one idea that sparked it all: "Isn't this year the 25th anniversary of the Fall of the Iron Curtain? We've gotta do something for that."

Three days later we had not only laid out a detailed plan for our pan-European reportage project, but had also elected a project manager, editors and social media representatives. Back at home, every team went out on the lookout for young journalists who wanted to investigate the state of relations between East and West. September 2014 saw the commencement of interviews, portraits and small reportages from Poland, the Czech Republic, Slovakia, Germany, France, Austria, Croatia, Bosnia, Bulgaria, Belarus and the United States.

For four months, "Beyond the Curtain" led us to places throughout Europe, as well as a throughout the rest of the world. In this way, we extended not only our mental horizons, but also our readership. A number of the local teams even found some new allies along the way. And not only that, but we were also able to convince the German Federal Agency for Civic Education (Bundeszentrale für politische Bildung/bpb) of the merits of our project. In December of 2014, "Beyond the Curtain" was honoured with the 25 Jahre Mauerfall - Geschichte erinnern, Gegenwart gestalten prize. 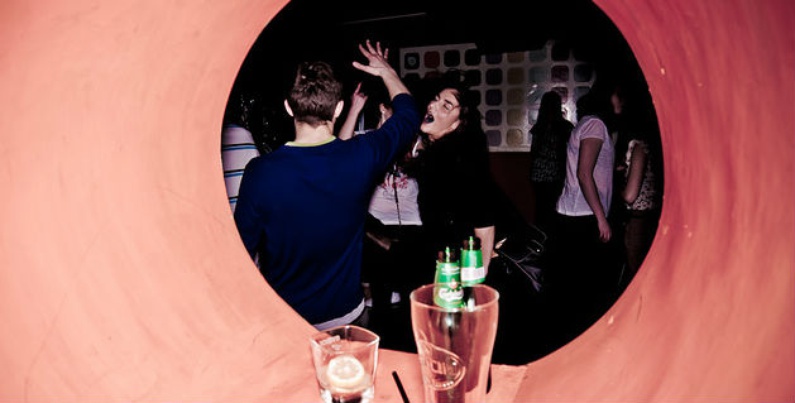 Through the prize money, we've been able to finance the last round of "Beyond the Curtain", which includes five final reportages from the border regions that were divided by the Iron Curtain 25 years ago. This time, we're investigating binationally. The paths are wider, the reports are more in-depth, and the texts and videos are longer. Aside from this, there are also many photographs and original recordings from Budapest, Bratislava, Vienna, Görlitz, Zgorzelec, Slubice and Frankfurt (Oder). Our reporters are already on the ground and will up keep you up-to-date on their investigations through Facebook and Twitter. Starting February 1st, you'll be able to read their reportages on the five local teams' pages.

Translated from Beyond the Curtain: letzte Runde