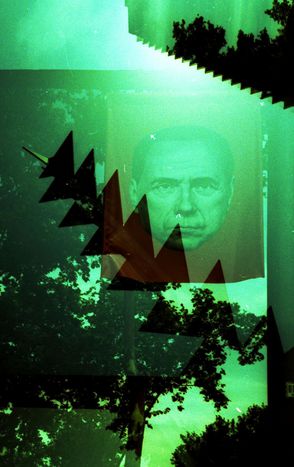 Italian junior justice minister Giacomo Caliendo, a suspect in a criminal inquiry, narrowly avoided an opposition motion in the lower house of the Italian parliament calling for him to be sacked. Had it gone through, the government could have fallen. The political pressure is rising, though the Irish, Slovenian and Italian press say new elections are unlikely

With the opposition's failed no-confidence motion against the controversial junior justice minister Giacomo Caliendo in the Italian parliament, prime minister Silvio Berlusconi has averted yet another defeat, writes the daily paper: 'Silvio Berlusconi may have survived yesterday's vote of no-confidence in the Italian lower house but the woes of the embattled, endlessly resilient, prime minister are far from over. Both the government's loss last week of its absolute majority through the departure of Mr Berlusconi's old ally and lower house speaker Gianfranco Fini, and the emergence on 3 August of a new four-in-a-bed sex scandal, reinforce the opera buffa quality of Italian politics. But Mr Berlusconi, who threatened an election if he lost the vote, has demonstrated a political longevity most untypical of his country. In reality, Mr Berlusconi's opponents are no more enthusiastic about an election now than he is'

Read the original article 'Berlusconi's dramas' in The Irish Times

Despite the rejection of the no-confidence motion against junior justice minister Giacomo Caliendo, things are gradually getting very uncomfortable for head of government Silvio Berlusconi: 'If Berlusconi is unable to buy off another string of MPs from the opposition by next autumn he could be toppled by any vote worth mentioning. He won't dare propose another vote of confidence because that would mean his downfall. In the space of two years there have been 36 motions of confidence, enabling Berlusconi to avoid the debates of the opposition. It's not so long ago that the gentleman was able to boast about having the support of two-thirds of his citizens' ( Tone Hocevar)

'Without Berlusconi there'd be a void' - Corriere della Sera, Italy

Even after the failed no-confidence motion against junior justice minister Giacomo Caliendo, new elections are unlikely, writes the liberal-conservative daily, pointing out that none of the parties has a genuine interest in new elections: 'After Berlusconi and without him there would be no real distinction, no affiliation based on a shared past, no solid political identity, no real connection to social points of reference. Without Berlusconi there would be no parties in Italy, only a void. There would just be a great parliamentary swamp. This is why only a government which, like today's, includes everyone or almost everyone is imaginable now. Italian society thus returns to one of its chief traits in normal times: the propensity to produce a political-parliamentary system in which the tendency to mix everything together is far stronger than a division into clearly opposing elements' (Ernesto Galli della Loggia)