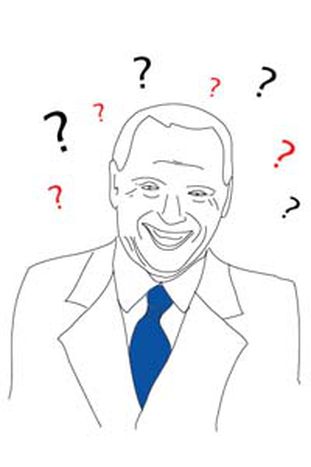 Berlusconi, still the man of the people

Prodi’s slender victory indicates the continuing popularity of Berlusconi. The real question is: why? Because Berlusconi is a man in whom the Italian people can recognise themselves

The Italian legislative elections on the 9 and 10 April have created a divided country. In the lower house, the gap between Prodi’s centre-left coalition and the Cassa della Libertà of Berlusconi is only 25,000 votes. If Prodi managed to pull off a victory – 341 seats against 277 – it was solely because changes to the electoral system meant whoever won the lower house would get a working majority, regardless of the size of their winning margin. In the Senate, Prodi’s coalition will not have more than 158 seats, against the 156 seats of Berlusconi.

But regardless of Prodi’s slender victory, the most interesting aspect of the elections was the revitalisation of Berlusconi, who was thought lost during the campaign.

A Godfather unable to govern?

In this context, these results overturn the certainty of those hopeful that Italy had turned a page after the black years of Berlusconi. They have been unable to regard the reality of Italy staring them in the face. In fact, Prodi has won little.

Why? How do we explain to the citizens of Europe the usage of the word kapo to describe Martin Schultz, the German MEP who had dared to contradict Berlusconi? More recently, how do we explain the use of the word ‘idiot’ to describe left-wing voters; for it is with such strategies that Berlusconi has managed to resuscitate his fortunes and convince half the Italian electorate to vote for him. The European press is not much help explaining why the Italians voted for Berlusconi again. The French weekly, Télérama, was content to depict Berlusconi as a dangerous Mafiosi who had just stepped out of The Godfather. The rest of Europe mirrors such judgements.

Berlusconi is not the biggest problem in the country

The reality? Half of Italy has shown that it has confidence in Berlusconi. This is not because the Italians are all mad, this is not because Italy is like the 66 year old cleaner who recently lost her memory, remembering nothing except the face of Berlusconi. Nor is it because you can see his face on every television screen. This explanation would be too simple.

There is an Italy who is disenchanted, who does not know political science, and who does not think the conflict of interest surrounding Berlusconi’s career is the biggest problem in the country; even if the electoral campaign was largely dominated by this theme. This is the Italy that has known since Machiavelli that all politicians defend their own interests. The scandal of the summer of 2005, where, using methods only dubiously legal, the left supported the acquisition of the Banca Nazionale del Lavoro by Unipol has been another demonstration of this.

The carnival in Italy

There is also the Italy of the carnival, which adores Berlusconi’s escapades and thinks that his touched-up photos should be thought of as creative: a quality unknown by the left, who are judged too serious and reserved. This is the Italy that thinks Berlusconi is likeable, and appreciates his jokes – which are always presented in the foreign press as ridiculous. It is also the Italy of the women who do not participate in political life, who appreciate that he lets his wife stay at home.

In the end, there is an undecided Italy, attentive to the real problems of the country – economic stagnation, infrastructural problems, immobility – and who do not believe in the alternative of Prodi’s centre-left. This is because it believes that the leader of the Christian-Democrats is constrained by the dictates of the extreme left. It cannot see any real will to turn the page in Prodi’s program.

This is the most serious fault of the left, who, in order to govern, will have to reckon with the reality of the country, half of which voted for Berlusconi.