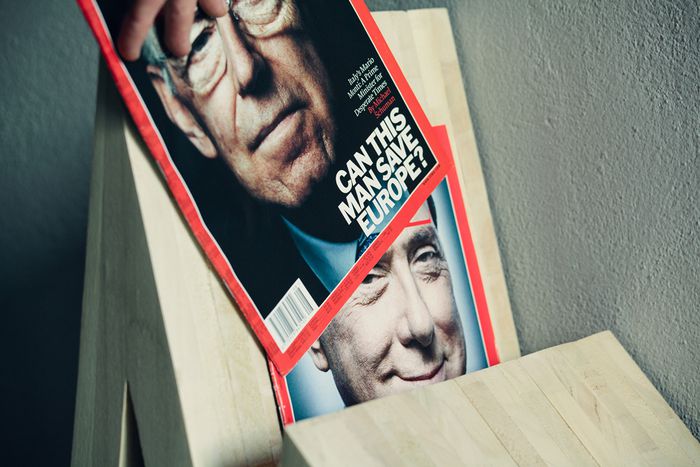 On 8 December Italy's prime minister Mario Monti announced his resignation after his government lost the backing of the party of his predecessor Silvio Berlusconi. Berlusconi for his part has declared that he will seek office again. Will Monti will also join the race, or could Silvio's return be good for the country in its current political paralysis?

It would be nothing short of a catastrophe for Italy if Silvio Berlusconi returned to the political scene, the German liberal daily writes, appalled at the prospect: ‘Only at the start of this week has the risk premium on Italian bonds sunk below 300 basis points for the first time since the start of the year. Not just the state, but also businesses are breathing a cautious sigh of relief. But Berlusconi's reappearance crushes not just this hope. The Italian government crisis must cause the eurozone to tremble in fear again, too. One can understand why Mario Monti is resigning: otherwise he would have become a foil for political manoeuvring on Berlusconi's part. With his surprisingly abrupt departure, Monti has stripped Berlusconi of the opportunity to take a populist stance and pose as Italy's saviour. The return of Berlusconi would be the worst-case scenario for the country. Because the 76-year-old makes no bones about what he wants this time: to take vengeance on the judiciary that's on his back. That is his political priority - even though the country has many other worries’ (Katharina Kort)

Italian media are speculating that Monti himself could decide to run against Berlusconi in the election campaign. The left-liberal Spanish daily hopes that this rumour turns out to be true: ‘Even though the Cavaliere's battered party is not doing well in the polls, he has chosen to drop the government. Berlusconi is hoping to capitalise on the citizens' dissatisfaction over the cuts and tax hikes that Monti introduced in 2011. Brussels is already warning that Italy should not reverse the current reforms. This warning is necessary because everything points to Berlusconi's party adopting an anti-European stance in the election campaign. There are rumours that Mario Monti himself may decide to join the election race as the leading candidate on a centrist list. This would be good news because he is esteemed as a respectable and serious politician, even if his name is undeniably tied up with the despised austerity measures foisted on the country’

‘Eternal actor who many were naive enough to believe’ – Libération, France

Berlusconi's return could bring Italy out of its fatal state of de-politicisation, the left-liberal French daily writes: ‘The antics of (conservative Nicolas Sarkozy's party) UMP had convinced us that France can pride itself on having the dumbest right wing in the world. But that was forgetting the incredible talent of this eternal actor who many were naive enough to believe when he said he was leaving politics for good. Paradoxically this latest comeback, without doubt the most risky he has ever attempted, could be the best thing for the Italian democracy that he has undermined for so many years. Berlusconi's decision and the mini-crisis it has triggered show that a government of national unity composed of presumed non-ideological experts can introduce technical reforms that no one had judged possible until then, but is unable to resolve the profound political crisis that has paralysed the country for far too long. Berlusconi's return could well prove to be good news’ (Sylvain Bourmeau)

With Berlusconi running for prime minister again Italy will see a re-run of a film that has been repeated in many variations over the last twenty years, the Italian liberal daily writes: ‘It will feature a centre-right boss who is concerned with his own business interests and a centre-left boss who is forced to do the same. Berlusconi together with 100 to 200 of his supporters will spend his time in parliament stopping his companies from going bankrupt and keeping himself out of prison. Pier Luigi Bersani with his roughly 300 to 400 more or less loyal followers will be forced to attend to the internal affairs of the centre-left around the clock: keeping the CGIL [trade union] in check, keeping Pier Ferdinando Casini [of the centre party] happy, preventing strife with Nichi Vendola [leader of the left party SEL and President of Apulia] and securing posts for all the groups of the centre-left. No matter who wins, they won't have any time or energy left for governing’ (Luca Ricolfi)