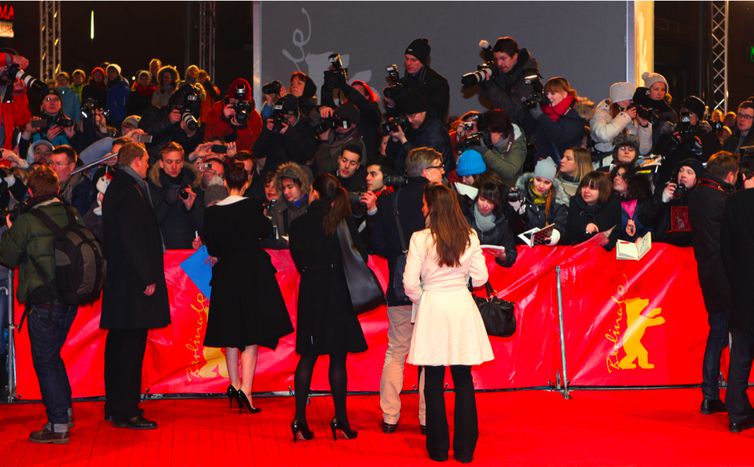 I think we can allow the English blog to choose its own Babelian moment, can we? After all, today we were a part of that rare feeling that history was taking place here and now, there and then. It was during the world premiere of The Pirate Bay - Away From Keyboard.

Even before the screening one could sense the excitement. Panorama's director Wieland Speck was present and visibly frenetic.

Surprisingly, he took over seating arrangements to try and fit more people in. And when the majority had found their places, the director Simon Klose went on stage, took out his smartphone and called to a friend to tell him to unblock the YouTube video of the film we were about to see. It was running in premiere around the globe. An upheaval or solidarity spirit expanded over the audience. And then, after the opening Berlinale logo and jingle, there came that copyright infringement notice, menacing with penalty on any recording of the viewed. Which this time wasn't correct. This film is a freeware!