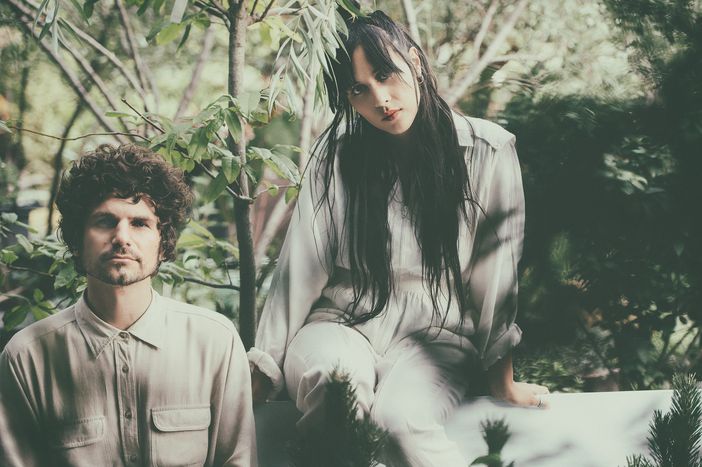 How to describe the sound of Young Magic? Think of flying rhythms, psychedelic cymbals and cloud-filled skies…or none of those things. What makes this young band from New York so special, is their multi-faceted, sophisticated sound. Curious? Tune in to the Berlin Jukebox.

Maybe New York City is a magical place after all. At least, it seems to give birth to some pretty beautiful bands. When Australian-born musician Isaac Emmanuel came to Brooklyn, he soon began following his creative impulses. In 2010, after he met Indonesian-Australian singer Melati Malay, his solo project transformed into what is now Young Magic: a self-described “sonic pairing”, wandering between countries, sounds and musical landscapes. In 2012, after a series of seven releases, they recorded their first album Melt for Carpark Records and went on to tour the United States, Europe, Japan and Australia. In February 2014, the band released their second album Breathing Statues which they recorded in New York, Morocco, France, Australia, Iceland and the Czech Republic. While Isaac and Melati are the stable nucleus of Young Magic, they have been playing and recording with a number of drummers. At the moment, the band are touring Europe with Bolivian percussionist Daniel Alejandro Siles Mendoza.

As true world citizens and musical globetrotters at heart, Young Magic are more than happy to spend time in Berlin, whenever their tour schedule allows for it. On Monday August 4th, they played a show at Badeschiff, complete with a bloodshot amber sun, setting behind the warehouses along the Spree. We spoke to Isaac Emmanuel to shed some light on the musical mystery.

Hopefully a name can take on a life of its own over time and shed it’s literal meaning. This one appeared in a dream years ago, and I couldn’t shake it.

Cafébabel: What is the detail or ingredient that makes a show a great show?

No one detail, but instead everything coming together in a moment — the setting, the audience, the quality of the sound together and your headspace. Often you might not even realise where you are until after the show has finished…this is usually a good sign.

Music. It’s the first language we use to speak to each other when making —  lyrics seem to closely follow.

A city in in the midst of a constant, expeditious, all-encompassing change. It feels good: a nice place to try and be still with (and create within). I also enjoy the absence of overbearing rules and the enlightening conversations with the people who live here.