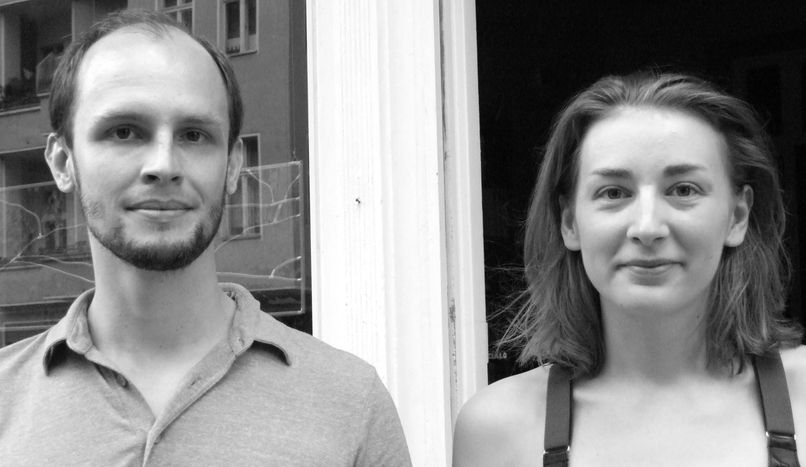 "Berlin is such a happy place, unlike warsaw"

The German-Polish book shop Buchbund is located in Neukölln, Berlin, next to eastern speciality shops and bric-a-brac shops.  Since February 2012, Joanna Kulas (b. 1986) and Mikolaj Gołubiewski (b. 1985) have been teaching Polish there, at the language school Polka Dot.

Cafébabel Berlin: You've founded your own language school in Polka Dot.  Has interest for Poland and its language grown in Germany?

Joanna: Since the 2004 EU enlargement, when Poland joined the EU, many Germans began to learn Polish - there was a real trend.  But I think since then it has decreased.

Mikolaj: During the enlargement, German newspapers wrote a lot about Poland: what's it like for Germans in Poland?  What is Polish culture like?  It was great and I think through that, Poland won quite a lot of popularity.  The three main reasons why Germans learn Polish are: for travelling, friendship, and having a Polish partner. 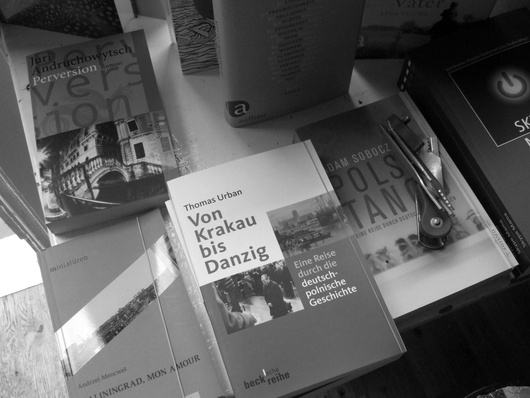 Joanna: We teach only in Polish.  It is of course difficult for students at first.  It is also important to us that we explain the origins of words; it deepens the students' knowledge of the language!

Mikolaj: German and Polish have the same language roots.  So we work a lot with international comparisons.  For example, we use the adjective 'klarowne' which in German is 'klar' ('clear').  In everyday language use we would use another word, but 'klarowne' comes from the German.

Cafébabel Berlin: What are the biggest difference between German and Polish?

Mikołaj: The languages are in fact very different.  On the other hand, there are a few Polish words in German, like 'Gurken' ('cucumber'), and in Polish there are a lot of German words, like 'Kneipe' ('bar') but also false friends, for example 'stół' is pronounced like the German 'Stuhl' ('chair') but actually means 'table'.

Joanna: Polish is one of the oldest Slavic languages.  Which is why it is so hard; many of the old language forms still exist.

Mikolaj: Russian and German are therefore more regular, as at some point laws were made and they were  standardised.  In Poland no such thing happened.

Cafébabel Berlin: What do you like most about the Polish language? 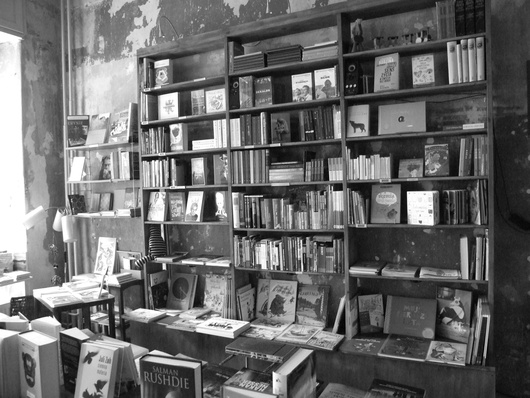 Joanna: That you can still read very old Polish texts because the language has, over the centuries, changed very little.  I like that it's such a rich language in terms of vocabulary.

Cafébabel Berlin: You say that Berlin is a happier place than Warsaw.  To what extent?

Mikolaj: Berlin is polycentric and you can easily organise your day around town.  Going into Warsaw is very hectic and choleric.  It's great, but you go to bed angry at night.  Moreover, here we get the feeling that our work as teachers is appreciated.  What we really don't like is the dentists (laughs).  Instead we go to to a dentist in Stettin.  German dentists take a look at your teeth and then suggest treatment - for a cool €2,000!

Cafébabel Berlin: What in you opinion is the biggest difference between Poland and Germany?

Joanna: We always say that the Poles offer, whereas the Germans ask.  For example: two friends are making the same journey from Warsaw to Danzig.  One has a car, the other doesn't.  In Poland, it's up to the car-owner to ask his friend if he wants a ride.  In Germany, it's up to the one without a car to ask to be taken. In Poland saying 'no' is perceived as impolite, in Germany it's not a problem.

Cafébabel Berlin: Do you miss anything about Poland?

Joanna: The living language.  Certainly, Mikolaj and I live together and use the language on a daily basis, but that's not a real exchange like being in Poland.  So I'd like to live in Warsaw again for a while.

Mikolaj: I miss the feeling of safety.  Since arriving we've of course made some German friends, a community.  But at the beginning it was very hard.

Cafébabel Berlin: Ideally, studying prepares you for a job - is that how it is for you both?

Joanna: I study Dance Science - unfortunately there aren't many jobs in the culture sector.  Plus, it's difficult in Germany as an immigrant because you need to speak perfect German.  But anyhow, we've studied Polish and work as Polish teachers.

Mikolaj: I'm writing my Phd in Amercian Studies, and would like to work in the USA.  But ultimately we would like to settle long-term in Berlin.  Here we are respected and can do so much more - it just takes a while longer.  We are of course more impatient because we are from Warsaw, where everything happens in a day.