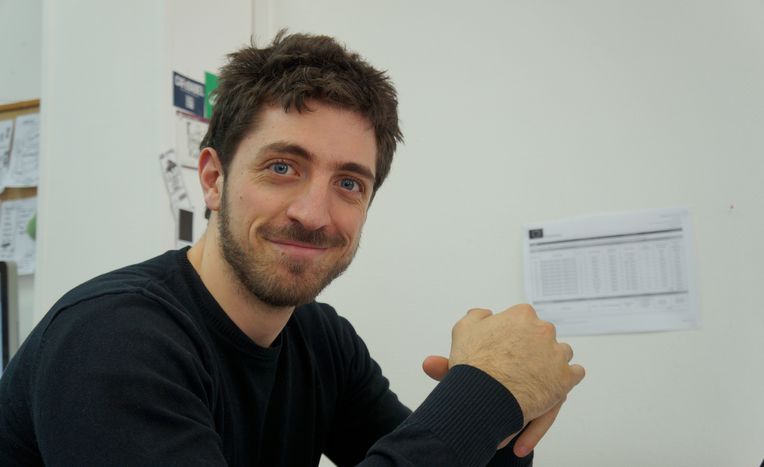 Benvenuto Stefano! The new Editor of the Italian version

When one journalist leaves, there’s always another arriving. It's all change at the cafébabel newsroom: Stefano has just joined us in Paris and will be responsible for the Italian version of the site for the next ten months.

cafébabel: What were you doing the week before you came to Paris?

Stefano: I was in Budapest. I tried to take as many mental pictures as possible of a city that kind of stole my heart and mind forever. At the same time, I was trying to leave a job that I wasn’t passionate about and that certainly hadn’t had that particular affect on me.

Stefano: I had been in Russia running after my passport, which had decided to leave without me towards Mourmansk in the pocket of a diligent train conductor. After finding it in the third class carriage of a night train, he’d had the bright idea to pick it up and take it with him instead of putting it in the lost and found. A story for the ages!

Stefano: First of all, it was curiosity that brought me here. After that, the desire to write and above all the possibility to do so with total freedom. It’s something that’s extremely difficult to do in Italy, at least without having luck, connections and experience…

Stefano: The creativity and the desire to make simple and readable that which people wouldn’t normally manage to discover, because it seems too complicated.

cafébabel: If you could choose a nationality other than Italian, what would it be?

Stefano: Actually I quite like me own! At the end of the day, it’s no so bad being Italian. There’s a bunch of stereotypes you can unravel to surprise those around you, and then yet more I'm proud to uphold!

cafébabel: Where would we find you on a typical Friday night?

Stefano: Good question! I love jazz, so maybe in a bar with someone playing the saxophone. But I also like the kind of evenings where you just drink a beer and chat with your friends.

cafébabel: Your favourite book? A film that you hate?

Stefano: Solo bagaglio a mano, by Gabriele Romagnoli. I haven’t finished it yet. It was a present from someone who it seems knows me better than I know myself! It’s well on the way to becoming one of the best books I’ve ever read. The worst film would be The Mask 2. It destroyed a memory I have of one of my favourite childhood movies.

cafébabel: One good thing about not being in Italy right now? One bad thing?

Stefano: I definitely won’t miss those people who don’t understand why you would go abroad to do something that you could supposedly do at home, and give you a sceptical look when you give them your answer. What I will miss, besides Italian coffee, is people’s spontaneity. Though it seems at the moment that Parisians do pretty well themselves in that particular domain!

Stefano: I like strange things so… Neptune. You know that the rings are rotated 90 degrees?

cafébabel: What’s your mission for the next ten months at cafébabel?

Stefano: I want to diffuse ideas, pique people's curiosity and give voice to those who are finding that writing and getting published is something that’s becoming more and more difficult. Everything else should come on its own!