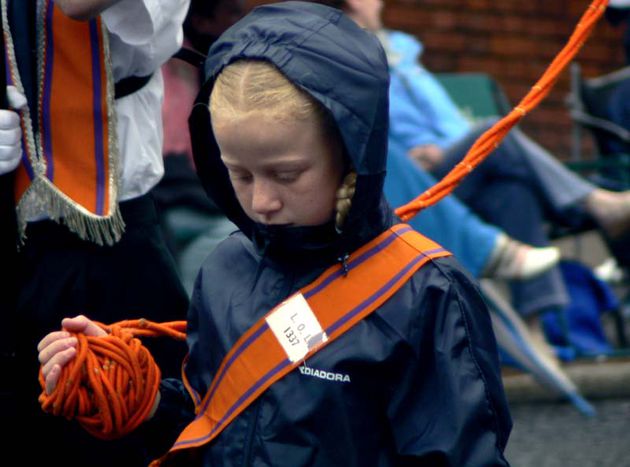 More bad news from the North? On the evening news in the Irish Republic, a report on the Belfast riots in catholic districts came third after a local car crash and economics reports. In the shadow of the 1998 peace process, the riots are the product of raging frustration in a shattered community

The distinct twang of Northern Irish accents was heard more than usual on the streets of Dublin in mid July. Every year, countless nationalists decamp across the border to the Republic for what has become known as Marching Season. Others will firmly stand their ground, as the Orange parade prepares to make a procession through some of Northern Ireland’s most densely populated catholic districts. For decades, the protestant Orange Order has inspired outrage and violence by marching through nationalist areas of Northern Ireland. During the so-called ‘Troubles’ (1963-1985), the nationalist community’s resistance to the marches was just one facet of a monumental struggle for civil rights in a deeply divided society. This year in Belfast, 80 police officers have been wounded.

What is the Orange Order? 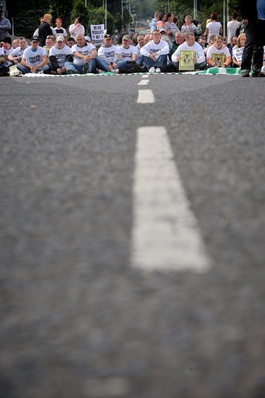 The Orange Order is an ultra-protestant religious fraternity devoted to celebrating a decisive 17th century British military victory over Ireland. Established over 200 years ago, it represents the protestant descendants of British colonial plantations in the province. The Order is not a paramilitary organisation. It is little more than a grown-up boys’ club, mawkishly exhausting the glory of an ancient military victory like one might relive a sentimental football match from a long-past youth. Nor are its members particularly intimidating to look at: the costume of a parading Orangeman consists of an ornamented sash, frilled with doily gold trimmings and topped off with a round, felt bowler hat. In fact, did the order not consist entirely of men, they might well be mistaken for an unsightly procession of girl guides. 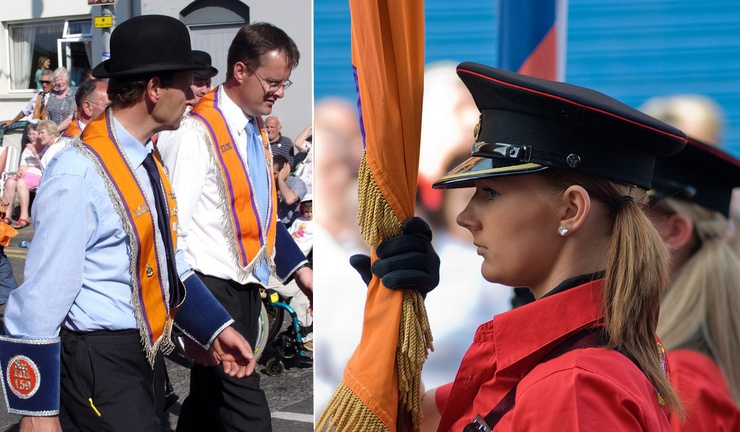 Yet, during The Troubles this private club became the focus of violent political demonstration. After Northern Ireland was partitioned from the Republic in 1921, the protestant community dominated all positions of power in the UK-controlled province. It lead to mass civil rights protests that were violently suppressed by the British army. It was a loyalist parade that instigated the Battle of the Bogside in 1969, beginning decades of rioting and insurrection on the streets of Belfast and Derry. To nationalists (mostly catholics who want Northern Ireland united with the Irish Republic), the Orange Order represented a crushing system of sectarian apartheid, their parades a loathsome display of cultural supremacy. To loyalists (mostly protestants, who wish the province to remain part of the UK), the tradition became the battle cry of a community under siege, loudly proclaiming protestant allegiance with Great Britain at any cost, in the face of an encroaching Irish Republic and tireless catholic agitation. As the Marching Season tensions escalated in the eighties and nineties, violence, hatred and cultural divide became the hallmarks of 12 July (the annual protestant celebration).

London or Dublin vs Belfast's army of 8-year-old hoodies

The sentiment of rioters in 2010 mark a dramatic departure from tradition. Protesters used to constitute immovable families, local politicians and politicised youth; this year the police were confronted with an army of hoodies, braying teenagers and hurtling golf sticks. Many were under eight years of age. In many ways the disaffected youth of Northern Ireland is no different than its counterparts in Dublin or London. Yet in place of petty knife crime and ‘happy slapping’, Ulster’s young people are armed with the tools of a recent war - petrol bombs, barricades and an intimate acquaintance with terrorism.

The 2010 riots manifested the aggression of thousands of young people who have grown up in a social climate of profound hatred, have played amongst bomb sites and burnt out streets, are maturing into a society that had lost its economic strength long before the global recession, and yet are daily watching their politicians grin across borders and declare that all their worries are over. In a province drowning in political rhetoric, the real people have been left out in the cold. As international media clamours for stories of war and peace, a dark past and a bright future, it is easy to overlook the deep discontent on the ground. BBC London’s coverage of the riots was little more than a brief summary of Northern Ireland’s political history for a largely disengaged UK audience. Whilst the weapons may finally be out of sight, the scars of Ulster run as deep as ever.