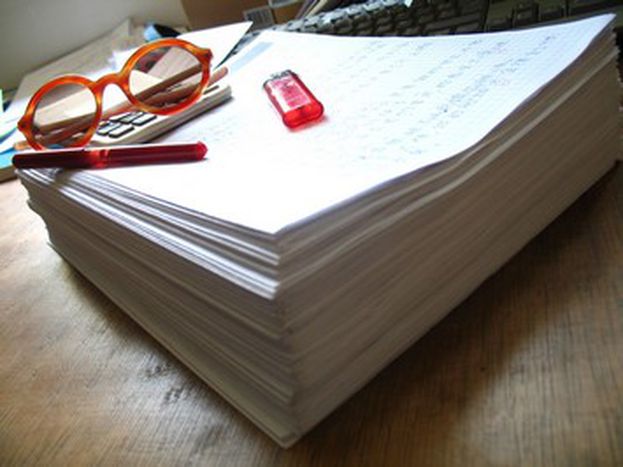 Being a teacher: from Ireland to Germany

Germans are renowned-and feared-for their efficiency and their bureaucratic machinery. Experience

The trouble for me began about a year ago. Having finished my English Literature degree and a masters in Anglo-Irish Literature and Drama in the country where the phrase ‘Sure, no worries, you'll be grand!’ sums up the standard attitude to come across at beer counter and county council alike, I left Ireland to return to Germany. After holding a number of unsatisfying jobs here, I discovered that teaching English to second level students was the real deal for me. I just love it. But this is also the point where it gets complicated.

You want to be a teacher in Germany?

You have to know that right at the beginning of your academic career. In Ireland for example, a one-year diploma in higher education follows your regular college degree and fully qualifies you as a teacher. But future teachers in Germany have to study educational sciences besides the two or sometimes three subjects you need to graduate in. There is also a didactic component on how to teach the subject properly to future students. A degree takes roughly four to five years, ending with the First State Exam. The practical teacher training programme, the Refrendariat, takes another two years, and concludes in the Second State Exam.

I left for Ireland in the late nineties, when German experts prophesised ‘no jobs for students of English in the future’. Ten years from then have shown that experts make bad oracles. Public schools in North-Rhine Westfalia, the federal state in which I live, do not have enough English teachers; but learning a second and third language is required for students. In some areas the case is so dramatic that these schools can employ substitute teachers like myself who are not qualified along the lines of the German system.

The problem with substituting is obvious

They need you now and dump you later. There are two ways to go about this. You either accept the fact and live from one school semester to the next, not knowing if you have the job next semester, or you get the necessary qualifications and become part of the offical game. I opted for the latter. This means working part-time as a teacher and going back to college in order to study a second subject plus the compulsory extra courses in educational sciences. Unfortunately, this is only the beginning as things now take a turn towards absurdity.

Right now and for the last five months, the NRW ministry of education has been looking at my Irish university degrees in order to decide whether or not I am qualified to get English recognised as one of the two subjects that make up the First State Exam here in NRW. From what it looks like now, this won't happen because I have not done the aforementioned didactic component for my Irish degrees. The fact that I have been out there for a year now, teaching English for the same ministry which says I am not fully qualified to do so does not come into the equation. The rules are the rules, right?

How European is the German educational system?

I can live with the fact that I will have to do a second subject. But after those years of going back to college and earning a living by teaching part-time, I will sure as hell also need to go through the set - and badly paid - teacher training programme. At that point, I will have been out there, on the ground, teaching students for the last four to five years. This policy raises all kinds of questions ranging from how European the German educational system is after all, and right down to the simple question of why life needs to be made so hard for people with a different third level educational background. In any case, one thing is clear: If this account has done your head in now, I am sure it has done so properly.