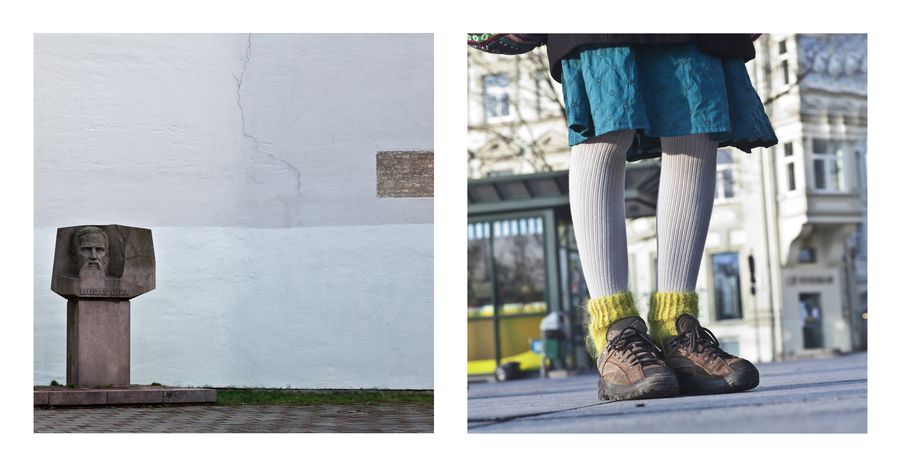 The succession of its towns, the hostility, the plagues, the drought, the devastation during the world war, the belated conversion to christianity, the political and social assimilation to Poland. The success of independence, nazi violence, deportations, the resistance, parliament and the television tower besieged under soviet duress, the birth of the Europa business centre skyscraper downtown... All of these fragments of Vilnius’ multicultural past remain tangible in the lines of its buildings, which cover just under a third of the surface area of the capital. Italian photographer Francesca Magistro picks apart those historical details with the citizens she meets in today’s Vilnius