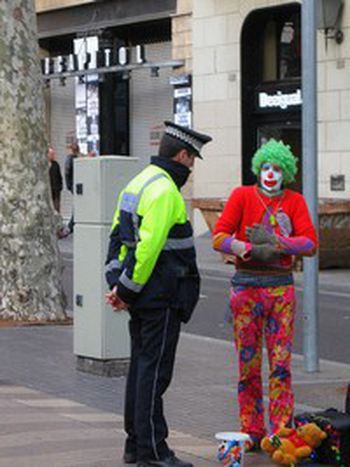 In Barcelona, unlicensed street performers, sleeping on park benches and drinking and urinating on its streets is illegal. How has the civic by-law affected society one year on?

Che Guevara sucks on his cigar and waves to a clown performing a bit further down the boulevard. On the famous Ramblas in Barcelona, street artists are a sight that foreign visitors are accustomed to. But it’s when Robi the Clown is interrupted by a policeman that the tourists scramble to get their cameras.

A new attraction? Not quite. Street performance is restricted under one of the many by-laws in force in the city since January 2006. Robi’s pleas that all he wants is to hacer un pequeño espectáculo (give a little show) are in vain. That is no longer in line with the city's efforts to promote 'peaceful coexistence.’

The ‘civism’ rules do not only prohibit clowning around. They outlaw almost all 'random acts of liberty', as critic Albert Padrós puts it. Drinking in the street, sleeping on park benches and peeing in public spaces is strictly forbidden for tourists and citizens alike. Fines range from 750 Euros for a minor infraction such as making too much noise, to a whopping 3, 000 Euros for spraying graffiti on public buildings. 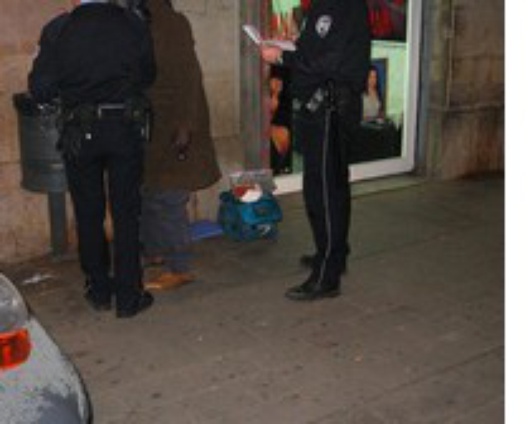 City councillor Ramon Nicolau i Nos understands these punishments are harsh, but sees them as being proportional to the urgency of the situation. 'Positive incentives alone are not enough,' explains the Socialist politician. Measures have become urgent: cheap airlines are flying in more and more of the kind of tourists who prefer beer over Gaudi and who often become a public nuisance. 'Barcelona’s inhabitants would like to see that kind of tourism wane,’ says the councillor. He denies that the ordenance is part of a strategy to attract classier, wealthier tourists to his city. 'Our only goal is to ensure peaceful coexistence. We are a very crowded city. There is a time to have fun, and a time for peace and quiet.’

Barcelona’s police seem happy to have more tools to tackle the streets. As he manoeuvres his patrol car through the narrow streets of the rundown Raval neighbourhood, officer Laurens is eyeballing drug dealers and prostitutes. He explains that most of his work has to do with enforcing civism. ‘Of 30 incidents we have on a normal patrol, only five are things like robberies and fights. The rest has to do with peaceful coexistence.' On this winter January night, the bitter cold seems to be the most effective peacekeeper. Laurens tells the few homeless people who are still out to spend the night at a shelter. He fines one 45 Euros for drinking in public. It’s much less than the by-law allows for, and perhaps much more than the homeless man can pay. Now, and as before the ordenance was in force, a lot rests on the discretion of the police. 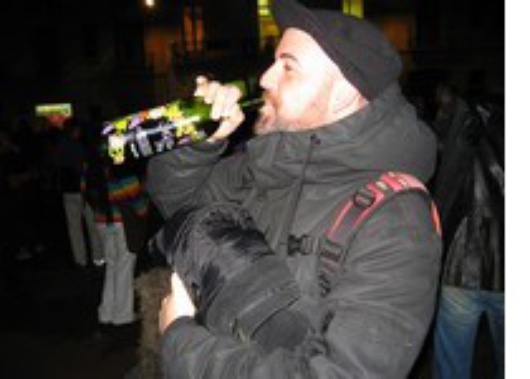 Before the adoption of the law, many protested what they saw as draconian, fun-spoiling measures. But warming their hands round big barbeque fires and warming their feet by dancing traditional Mallorcan jigs, the young crowd celebrating the festival of Sant Antoni (a village in Mallorca) in the trendy Gracia neighbourhood do not seem to be too bothered by the rules. Bottles of wine and cans of beer are stuffed away in bulging pockets and shared in the Barcelona spirit with friends and strangers alike. Most out on the streets tonight claim they recognise the need for rules to keep the city clean and at peace. But the consensus is that this by-law goes too far.

Miriam Rodriguez heads the communications section of Lluïsos de Gràcia, a sociocultural and sports association that has helped organise the evening’s open-air festival. ‘Civism by-laws are necessary,’ she says. ‘But they must be more realistic than the one we have, which controls some stupid things and forgets other more important ones.’ Her views are echoed by many others, who think the city should focus its attention on tackling drug abuse and violence instead of preventing drinking and skateboarding on public property. Student and journalist Albert Salarich is more critical. He finds the ordenance a ‘complete waste of time. You only have to go out every day and night and you’ll discover the real Barcelona: noisy, dirty, Mediterranean.’ 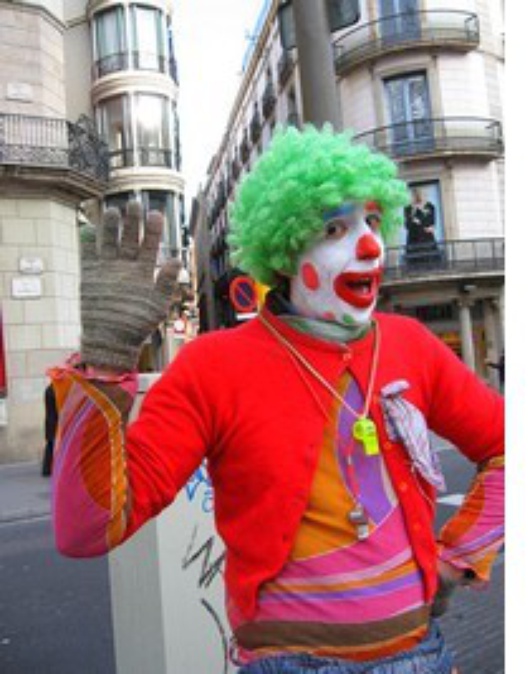 It’s been a year since the peaceful coexistence by-law came into force in Barcelona. It remains defended with zeal by the city council, implemented with discretion by the police and observed in the breach by the population. Granted, the Catalonian city has become cleaner, more peaceful and, controversially, a bit more fun; after all, there's no pleasure like forbidden pleasure.

Back out on the Ramblas, Robi continues to entertain the tourists who will keep flooding the city. Unwilling to arrest the defiant clown, the police officer has moved on to other parts of the city where peaceful coexistence is in danger. Uncivic behaviour may have been outlawed, but civil disobedience is too much a part of the make-up of the Barcelonians to disappear overnight.

Barcelonians protest against the civic ordenance