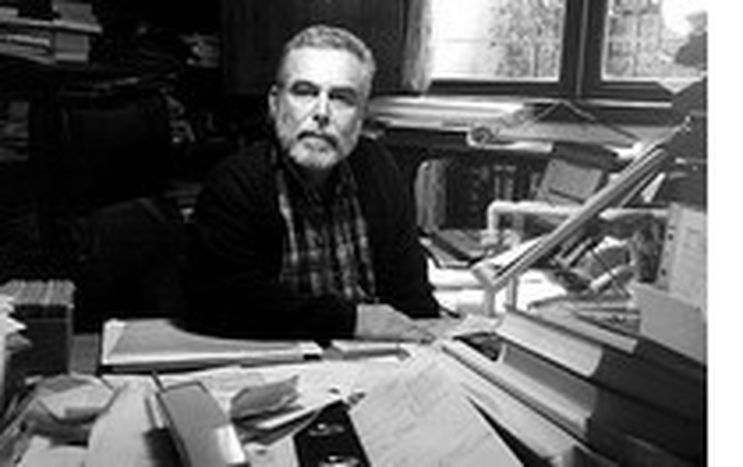 Baskin Oran: ‘It is down to secular Turkey to foot the bill for ‘Islamic terrorism''

‘Dialogue of the deaf’ between Ankara and Brussels - Turkish political scientist, Baskin Oran shares his criticisms

Baskin Oran is a Turkish political scientist and member of the Human Rights Committee in Ankara. In 2004, he published a work on the concept of citizenship and minorities in Turkey. Also a columnist for the weekly Turco-Armenian magazine ‘Agos’, he is currently on trial for ‘insulting Turkish justice’ and ‘incitement to hatred’. Whilst Ankara has made mistakes in the membership process, European leaders are themselves behaving irresponsibly, he says.

Why does Turkey refuse to open her ports and airports to Cypriot boats and planes?

Following the last enlargement in 2004, Turkey decided to widen the application of the 1963 Ankara Agreement [linking it to the EU], to nine of the new member states. The list did not mention the ‘Republic of Cyprus’. Protests from Brussels and Ankara’s obstinacy then led to a protocol, signed in July 2005, which also caused problems. On the Turkish side, ratifying the text implies recognition of the south of Cyprus (Greek), and the abandonment of the north, denying the existence of the Turkish Republic of Northern Cyprus (TRNC). On the European side, the diplomats are embarrassed because Turkey has always said that this protocol did not mean recognising Cyprus. By not mentioning the ‘Republic of Cyprus’ in its first decree, Turkey is today forced to ratify a protocol that it cannot ratify. As in December 2004, the EU is making Cyprus a ‘de facto’ membership condition, meaning that we are today facing deadlock in the process. It really is nothing more than a dialogue of the deaf.

Why has the situation become so unsolvable?

2007 is an electoral year in Turkey and boldness is not a value of any of the candidates. More fundamentally, the Cypriot question has always been a national issue. The Greek massacre of Turkish Cypriots in 1964 caused such heartfelt reactions that leaving Cyprus has become synonymous with treason. Moreover, in Turkey today, there is a sort of ‘paranoia of the Treaty of Sèvres’, after the destruction of the Ottoman Empire in 1920. Abandoning Cyprus is part of this phenomenon and also contributes to worsening it. The reaction is exacerbated by other factors, such as opposition to globalisation, as represented by the EU. Many Turks fear that joining the EU will affect their independence and culture. In addition, Turks are reacting against the EU’s mistakes.

What do you mean by ‘mistakes’?

I mean the irresponsible acts and speeches made by European politicians and statesmen - the fact that every new European document lists new conditions for membership. Today, it is Cyprus; tomorrow it will be genocide. The day after that, it will be something else again. Moreover, the concept of ‘absorption capacity’ is enough in itself. It creates a permanent impression of humiliation – it is the idea of Turks always being unable to eat the carrot, however much they are hit with the stick. There is no other way for it to be interpreted.

Why is the EU behaving in such a way?

In the past, only the elite would talk rationally about membership. Since September 11, it is the emotional feelings of the masses that hold sway. Politicians fear being caught on the wrong side of them. It seems that secular Turkey must foot the bill for Islamic terrorism. Then, we have the hasty integration of Eastern countries: the rules have been swept away and the money is not there. Now, they are trying to palliate the impact by using Turkey. In addition, the Cypriot President, Tassos Papadopoulos, is a man whose nationalism and carelessness are legendary. Brussels knows how to make use of him. However, once appeased, the EU will put Cyprus in its real place.

What will the consequences of these arguments be?

Let’s be fearless. Diplomacy will soon find a middle way. However, the problem remains that this nationalism throughout Europe is feeding Turkish nationalists who, in return, feed their European counterparts through their anti-democratic behaviour. The world is undergoing a fundamental change in its socio-economic structures, moving from national to international capitalism. This is reflected in culture, politics and the law. This enormous change is frightening everyone. However, let us not forget this – it is affecting Turkey much more than Europe, due to its relative weakness. Turkey is making a lot of mistakes but we must bear in mind its fragility.