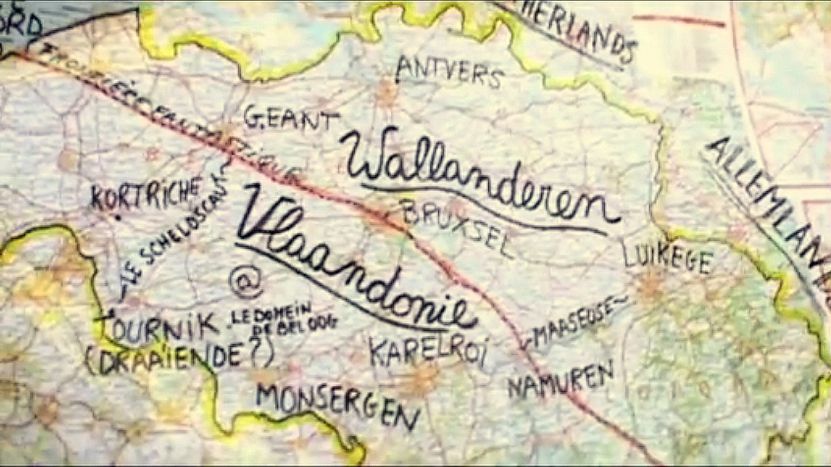 Vincent Laborderie, a researcher at the Catholic University of Leuven (UCL), bakes some humble pie for the alarmists with his portrait of post-crisis Belgium

Separatism, independentism, federalism... So many -isms are attributed to Bart de Wever. Did the victory of the newFlemish alliance (N-VA) leader in the 13 June elections sound the death knell for Belgian unity? Must we re-draw the map of the flat country - as proposed by Jan and Jean, the Belgian troublemaking duo who imagined new regions called Wallanderen and Vlaadonie? Far from it! Interview with Vincent Laborderie.

cafebabel.com: How did francophone Belgians react to Bart de Wever’s N-VA victory in the 13 June elections? 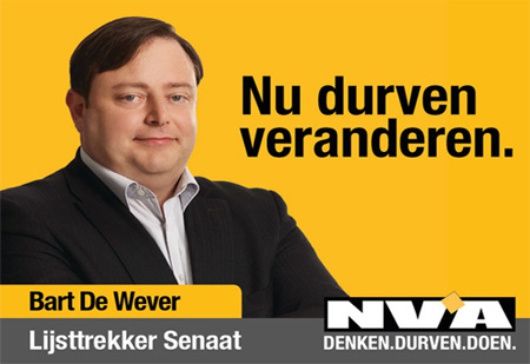 Vincent Laborderie: Bart de Wever's victory (with28.3%of the Flemish vote - ed) wasn’t a surprise for them. It had been expected. What was surprising was the extent of the victory. Thankfully though it was clear straight away that the majority of the new Flemish alliance (N-VA) voters didn’t want to put an end to Belgium: they voted for the party because they thought it was the best way to deblock the situation. The post-election reaction of the francophone parties actually seems to prove them right: while Bart de Wever was demonised by the francophones during the campaign (which explains part of his success), now he is considered as a pragmatic and constructive political figure - someone to make agreements with.

cafebabel.com: The winning parties of the elections in Flanders and Wallonia seem ready to find a common ground… What kind?

Vincent Laborderie:  A certain number of demands were laid down by both sides during the campaign which won’t be fulfilled: splitting social security, getting rid of the Brussels region (wanted by the N-VA), the enlargement of Brussels (proposed by the francophones)… These measures are unacceptable for the other side. On the other hand, a fairly large transfer of powers from the federal state towards the regions and communities seems to be conceivable, as well as a breaking-up of Bruxelles-Hal-Vilvorde (BHV) district, according to Flemish wishes.

In return, they are envisaging reinvestment in the financially-struggling Brussels region – one of the key goals of the francophone socialist party (PS). Note that the PS, the big winner of the francophone side, is not opposed to a regionalisation of competences. There is a regionalist tendency within its own ranks. As they hold a majority in the Walloon region, they probably won’t be worried by a transfer of responsibilities towards an administrative level that they themselves control and expect to control in the future. The paradox is that here the francophones would be conceding something to Bart de Wever which they previously refused to the more moderate Yves Leterme (outgoing prime minister and leader of the christian democrat and Flemish party or CD&V).

Two other themes could eventually (although it’s not yet sure) form part of the negotiations: the establishment of a federal district and a Brussels metropolitan region, which would aim to allow socio-economic cooperations (in transport, the labour market) between Brussels and its surrounding area.

cafebabel.com: Would it really be desirable to appoint Elio Di Rupo as a francophone prime minister? 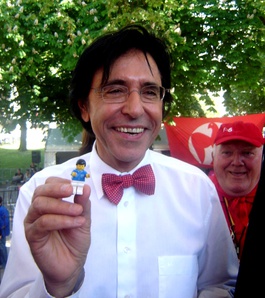 Vincent Laborderie: Bart de Wever's willingness to nominate Elio Di Rupo for prime minister seems like a trap to me. Even if Elio Di Rupo's image (the socialist party candidate won 36.5% of the francophone vote - ed) has improved in Flanders, for the last decade Flemish public opinion has regarded the president of the francophone socialist party as an incarnation of all of the caricatures associated with Wallonia: unemployment, impoverishment, patronage and corruption. His party is also the most left-leaning government party in Europe (whereas Flanders votes far right). Elio Di Rupo does not speak Dutch well enough to be prime minister, but it’s the scandals of the Walloon PS which are most talked about. So it will be easy for the Flemish press to remind people that Elio Di Rupo was president of the PS at the time of these events and that he didn’t know how, or didn’t want to prevent them.

Bart de Wever is well aware of all this. He figures that with Elio Di Rupo as prime minister, the Flemish will increasingly see Belgium as a foreign country linked to doubtful practises, and will emotionally detach themselves from it. For the moment, they still feel attached to Belgium, and this is the principal obstacle to independence for Flanders, which is still the final objective of the N-VA.

cafebabel.com: What do young people on both sides - who, unlike in other European countries, are obliged to vote – think?

Vincent Laborderie: Young people are like the rest of the population: incredulous, unable to understand (by their own admission) much about what is being played for, and fairly disgusted with politics in general. On the Flemish side, they are less concerned than their elders about the quarrels between the communities. Paradoxically, many of them voted for De Wever because they’ve had enough of hearing about them. Like Alexander de Croo (leader of the Flemish liberals), Bart de Wever appears as a breath of fresh air: a man who does what he says and says what he does and who speaks clearly, as opposed to most Belgian politicians, whether they be Flemish or francophone.

In Belgium, voting is compulsory but rates of abstention and blank voting has never been so high. Across the kingdom, we have reached a total of 16% non-expressed votes, with a peak of 21% in Brussels. This is around the same abstention rate as in France during the 2007 presidential election. This even though voting is compulsory in Belgium and this election was presented as crucial for the future of the country. But, above all on the francophone side, the campaign was rather dreary and uninteresting. The dislike that the Belgians have of politics is obvious and worrying. It’s this gulf between the population and the politicians which should be dealt with first, rather than a reform of the state.