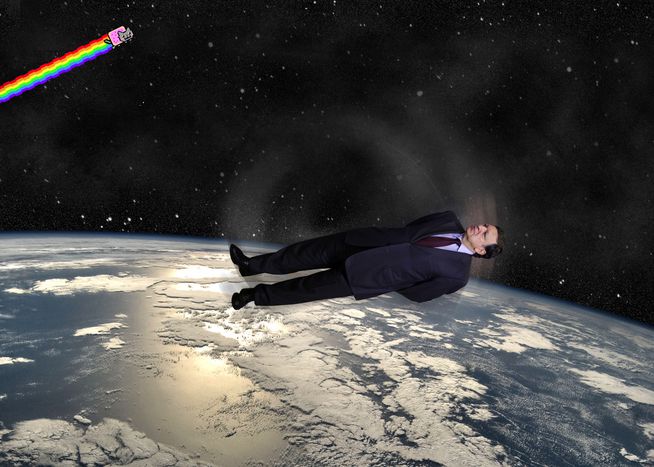 On 12th September, after his State of the Union address, José Manuel Barroso, president of the European commission, participated in a Euronews Google hangout interview, fielding questions from Europeans on a number of social issues. Was Europe convinced? Here are our editors' insights

José Manuel Barroso excels above all other things in one area: finding others who are responsible for whatever issues or problems arise - instead of himself or the European commission. He uses this defence to ward off questions ranging from the economic crisis to youth unemployment to the situation for the LGBT community in Europe. While the legal authority of the European institutions might in fact be limited, there is always some wiggle room for a skilled negotiator. Even more could be achieved by a charismatic leader who presses forward determinedly the most torrid issues of the European citizens. Unfortunately, Barroso is not such a man.

Barroso’s responses in yesterday’s interview were peppered with tired soundbites, forced smiles and politician doublespeak. Questions on a range of subjects were vaguely addressed, with promises to speak to his colleagues – to check with mummy, perhaps. His repeated insistences that his responses were ‘frank, open and honest,’ gave quite the opposite impression. Methinks the president doth protest too much. Oh, and the constant name-dropping? Give it a rest José.

Barroso, thank you very much for caring so much about Europe's problems. Thank you for knowing what keeps us from sleeping every night, thanks for your insight into what factors make our countries closer than ever, thanks for working together in this crisis, united on issues of austerity, unemployment, poverty and emigration. Thank you, wholeheartedly, for fighting so hard to get the people of Europe to agree, for the first time, on something. It was clear last night that the distance between the institution that you represent and the real Europe is a chasm that that may be insurmountable for you and those who applaud you.

Tough luck - nothing new has been revealed during yesterday’s debate with José Manuel Barroso. Although the participatory format of the debate deserves praise, his answers left much to be desired. Dear Barroso, we can smell bullshit from a mile away, so please, don’t try to sell us platitudes along the lines of ‘it is going to be better’ and ‘there are no jobs, but if young people are patient, they will see the change’. Bollocks. Tell us what you are planning to do tomorrow, after getting up from a warm bed, to make us sleep soundly. Give us something concrete!

There was no glance of hope shining through in Barroso's words. The whole interview may be summed up as 'We’re doing the best we can, given the limited power we have compared to national governments, trust us'. The problem is that it seems unlikely that people are going to be willing to delegate more power to someone who doesn’t really seem to be politically convincing. The EU should work a lot on its communicative strategy. In other words: more empathy, less reason. Saying that, it was great to see the main commissioner being challenged by public opinion. We need a lot more of these public debates, as soon as possible, even on national televisions.

Manuel Barroso is, firstly, a man with responsibility issues. ‘To be honest’ - his catchphrase throughout the interview - the president of the European commission seems to be very relaxed about the commission’s past failures to solve the crisis. Youth unemployment? - National government's fault. No jobs? – blame the Ministry of Education. Rising nationalism? - Greek issue. Crisis? - It comes from the US. His poor French – tell the translator to do something. And what about my will to vote for the 2014 European elections? Not his problem, presumably.

What a sad event it was, this global conversation with president Barroso, despite the clever embedding of questions and opinions from social networks. During 20 minutes a soberly dressed duo threw one another spoon-fed questions and flowery answers in a stark white studio. Maybe Barroso should watch more Game of Thrones or Braveheart oratory as his speeches on Europe lack enthusiasm and courage. Instead he cheerlessly pointed a finger at the national states in nearly every answer. Unemployment seems at least to have reached a plateau in Europe these days, he states. First headline this morning: ‘New unemployment record in Greece’.