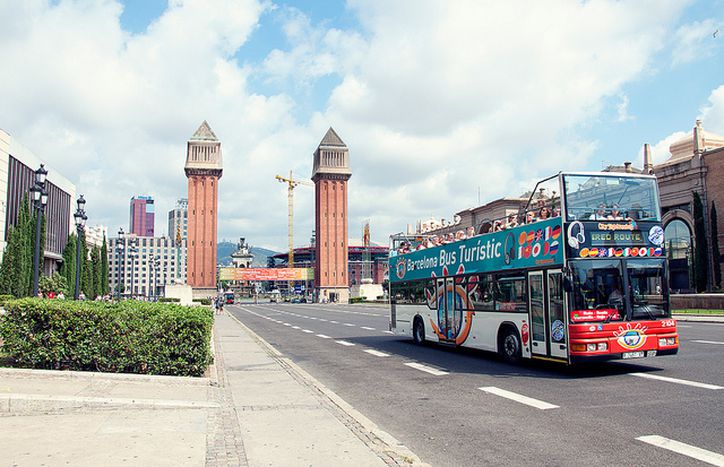 More than 7.5 million tourists visited Barcelona in 2013. Tourism's impact on the city is considerable, but often we forget one detail: what do Barcelona's natives think about this?

In 2013, more than 7.5 million tourists visited Barcelona. Explaining the city's main attractions would be pulling from the most famous Barcelonian topics: the jewels of modernism towering over the Paseo de Gracia, the haunting Barrio Gótico, its enviable climate and proximity to the sea, good food, a nightlife that caters to all tastes, the lasting imprint from el Barça...

These tourists spend in the city condal a total of 25 million euros per day (yes, per day!), in accommodation, transportation, leisure, shopping and food. Furthermore, they have created more than 120,000 jobs directly connected to tourism, on top of the thousands of businesses who benefit daily from tourism. This is the face of a phenomenon that began during the Summer Olympics in 1992 and hasn't stopped expanding in the past two decades. This is the tenth most visited city in the world, and the third most photographed, according to Sightsmap.

However, there are two sides to every coin. Often, we forget the other actors who are just as important in this obra: the residents in the city. The overcrowing tourism in the Catalan capital has done nothing morr than get on the nerves of many Barcelonans, whose relationship with the tourists is becoming more complicated day by day. 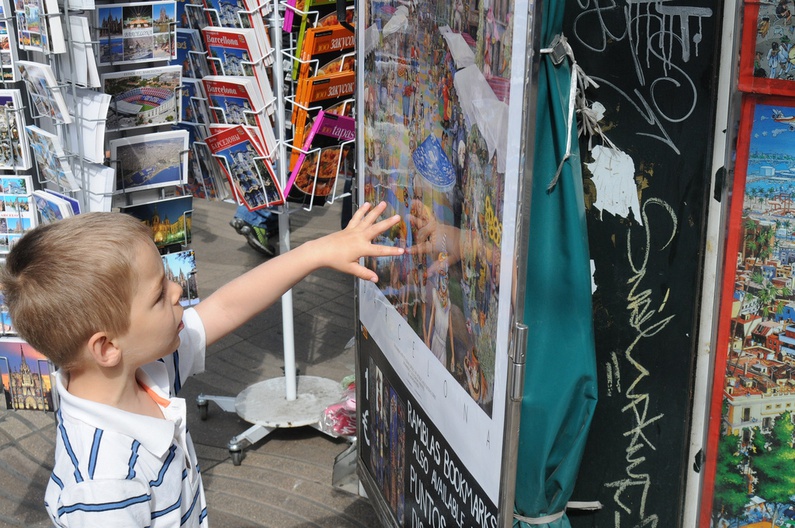 Las Ramblas, one of the most emblematic spots in the city, is the great paradigm of this transformation. The clothing shops, small businesses and bakeries have been replaced by restaurants whose "plato estrella" is paella (always accompanied with a carafe of sangría), exchange money casas de cambio de moneda and souvenir shops. Some shops, certainly, atestadas of figurines of flamenco dancers, bulls and to much surprise...Mexican sombreros! A word of advice: if you stroll along Las Ramblas from one end to the other and go con prisas, prepare to feel like a true ninja dodging groups of tourists.

For most of the locals, Barcelona has been turned into a theme park, comparable to cities like Venice. “Here this is what they want," complains José Antonio, a local from the La Barceloneta neighbourhood. It is precisely in this maritime neighbourhood, one of the most lively in the city, where locals and tourists most cross paths. Noise, calles sucias, people drinking alcohol on the street.

The touristic apartments are one of the targets of the protests. More and more flats rented to tourists for just a few days. "You never know who you are going to meet in the staircase," says Carmen, a resident in the same neighbourhood. “We hear noise, music, shouting every few minutes; they don't understand that there are locals living here, people who work the next day.” Apartments available for rent for tourists number in the thousands, much of them unlicensed. The Ayuntamiento de Barcelona only begam to intervene a few months ago, and on December 16th, it installed a telephone hotline to handle the complaints of neighbours bothered by the los pisos turísticos. 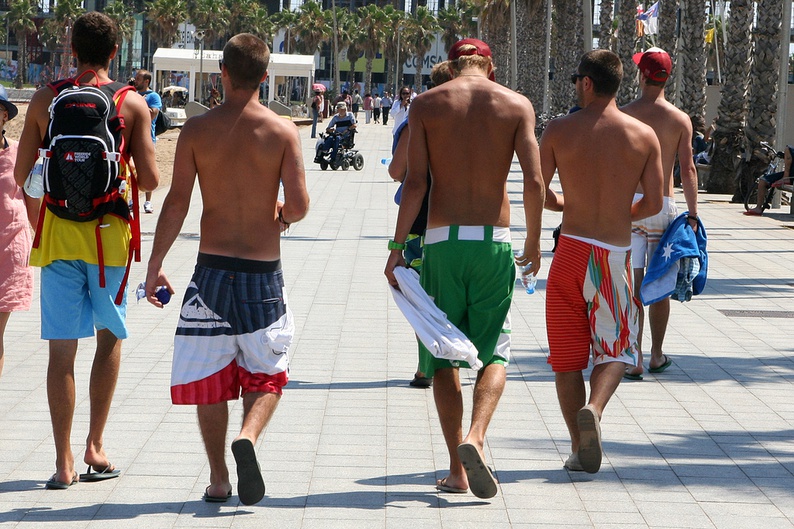 The Barcelona tourism model has been the talk of many in recent months. The documentary Bye Bye Barcelona, premiered last April, started screaming about the negative impacts of mass tourism on the city. Directed by Eduardo Chibás, this documentary makes extensive tour of the constant tension between citizens of Barcelona and the tourists. Along the same lines, next March will premier at the city's Antic Teatre the theatre piece Guiris Go Home, que arremete con humor against the tourist invasion of Barcelona.

In Barcelona, they don't like tourists? It isn't 'tourismphobia', but "a clear social perception of deterioration", is how the director of Guiris Go Home, Marc Caellas, explains in the newspaper La Vanguardia. The Barcelona City Council is now facing a crossroads: even proposing to increase the annual influx of tourists to over 10 million, they will have to find a solution to the tourist model, described as "uncontrolled" and "irresponsible" by many Barcelonans.