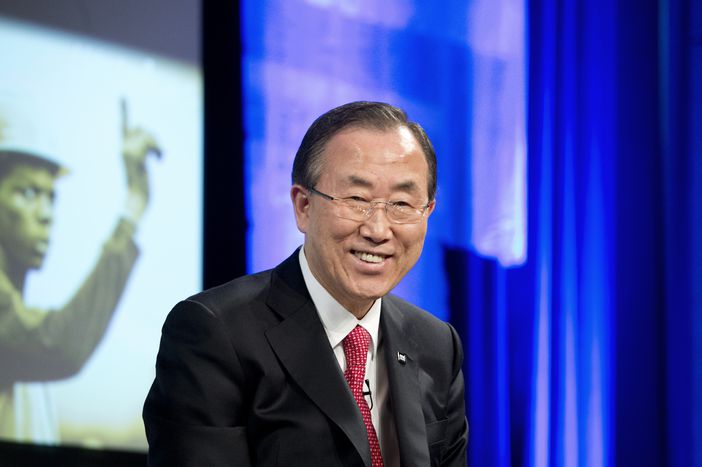 Last week, Ban Ki-moon attended the "Our world, our dignity, our future" Conference at Bozar, Brussels. Between youth, development, climate change and selfie, discover this event 'from the inside'.

Did you know that Ban Ki-moon didn’t have actual toilets until he went to college? That’s one of the many things we have learnt during the "Our world, our dignity, our future" event at Bozar Brussels on the 27th of May where the UN Secretary General Mr Ban Ki-moon addressed over 2000 youths from 125 different countries representing students, civil society, NGO, youths movements where several topics related to Youth including political participation and the environment were discussed.

After a short introduction by the Bozar Director, who accidentally introduced Ban Ki-moon as the US Secretary General (sic), it was time for the moderator Mr Beppe Severgnini well known journalist at the Corriere della Serra to arrive on stage and to start spreading the extravaganza 'à l’italienne'.

He introduced the 16 young people from 14 to 25 year-old who had been selected to be the "young leaders" of tomorrow and to ask questions to the Secretary General. From a Kenyan activist to a young Macedonian concerned about the employment in Eastern Europe to a Brazilian who spoke in Spanish about the right to life, these brilliant young minds each talked about their favorite topic related to youth. What came out of it? Inspiration, passion, and the firm belief that this generation will have a considerable impact on the current society.

Then, it was time for a musical interlude by the Quintet of the National Orchestra and a once again short introduction by the Commissioner in charge of International Cooperation and Development, Neven Mimica, who spoke about the role of young people in the development agenda and the unfulfilled potential of so many because of the inequalities between nations. During the Commissioner’s speech, the attention was drawn to the arrival of Mr Ban Ki-moon as well as of the Secretary General who discretely took one of the available seats on stage and found himself seating right next to the speechless young leaders. 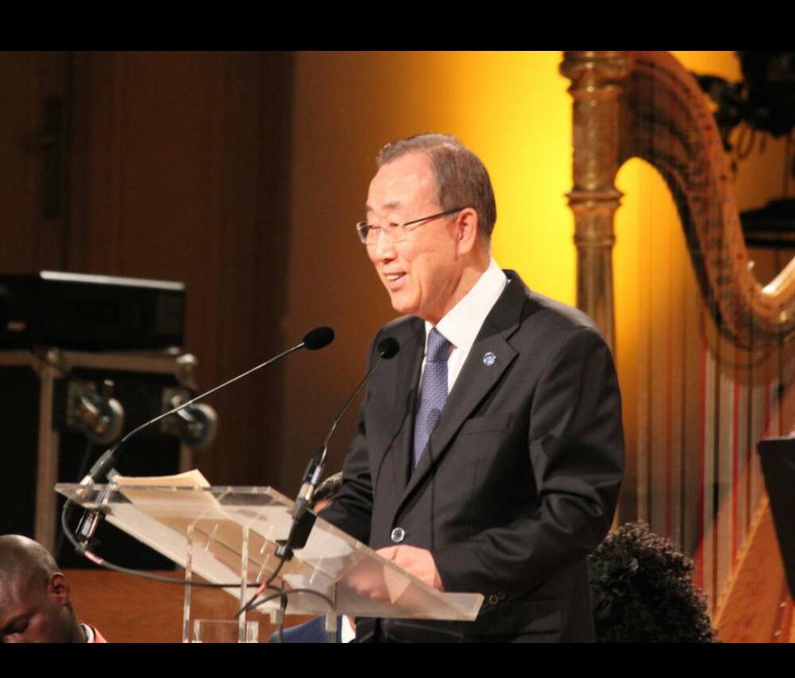 After having been acclaimed like a rock star by the entire room,  Mr Ban Ki-moon delivered an inspiring, yet very politically correct speech, in which he addressed the main issues of today, aka inequalities, migration, the state of the earth, and of course, the role of young people in addressing these problems. "There are no plan B because there is not planet B" and "You are the first generation to end poverty and the last to end climate change" were a few of his catchphrases which were tweeted a fairly impressive number of times with the hashtag #AskBanKiMoon.

When the time for questions from the young leaders on the stage arrived, the event suddenly became very UNized. Not only were the questions pre-prepared but the answers seemed very dull compared to the importance of the subjects. "Trust that we are doing our best at the UN" seemed to be the guideline of the Secretary General answers and no mention was made of concrete actions except the HeForShe campaign launched in 2014. When asked about the issues of sanitations in slums in Africa, Ban Ki-moon told us about how he never had access to proper toilets until college and when the issue of inequality was mentioned, he answered by saying that to be an LGBT was a human right.

Despite this formal structure, the event was not short of laughter and improvisation as a selfie was taken by Ban Ki-moon himself with the participants and as Beppe Severgnini never missed a chance to inject a little fun into the discussions, even teasing the Secretary General for  'stealing' his seat. But more importantly, all the youths present left the Bozar inspired and ready to "claim our rights" knowing that somehow one of the  great leader of this world is supporting us.

Link to see the recorded debate.