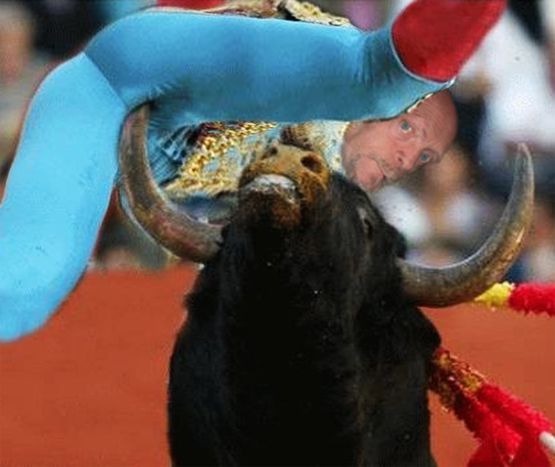 It’s a briskly warm spring afternoon in Barcelona and blood is shed for the first time this year in the grand Monumental arena to the cheers of willing fans. Brilliantly shimmering sequins sparkle on the skin-tight suit of a proud Torero as he marks the beginning of yet another season of bloodshed

As crowds of enthusiasts swell outside the stadium, reporters gather to take in the atmosphere. Questions inevitably lead down the avenue of blood and cruelty as the tension is stirred between the fans and the protesters stationed across the street under police scrutiny. José Gomez Ortega, an operations manager from Barcelona, is tired of the same questions. 'I only comment that the sensitivity of individuals are different. I’m sensitive to things that others do not feel and vice-versa.' Like the question on the subject, the blood is not something that interests the fans. 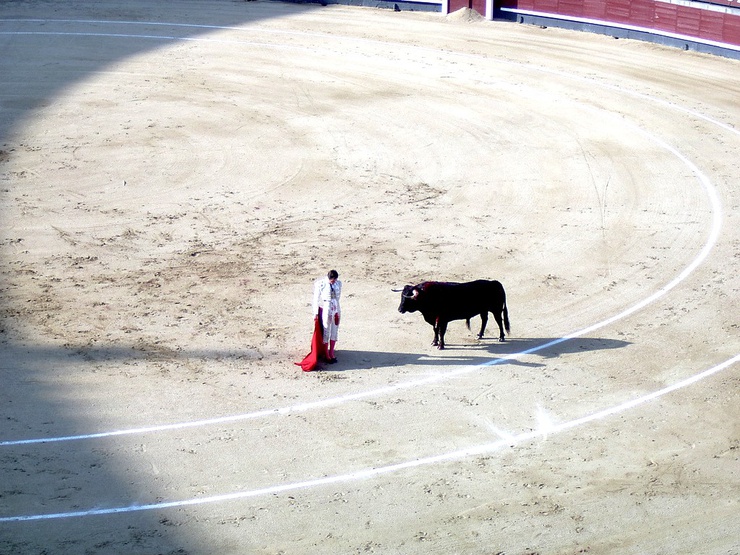 Besides the 'music, peculiar architecture of the arenas and the air that you breathe', bullfighting's central focus and distinctive draw comes from the fact that 'it’s the only show in the world where a man plays directly for his life.' This afternoon’s show is no greater demonstration of this as Manuel Diaz ‘El Cordobes’ narrowly escapes lethal punishment by his opposite number. A blow to the head leaves him concussed with transient blindness as he exits the stadium in an ambulance. 'This is bullfighting,' he notes the following day, propping himself up in his hospital bed as he nurses a fractured nose. 'Moments of glory and satisfaction do inevitably alternate with pain.' A strong response from a man at the centre stage of a proud sport. 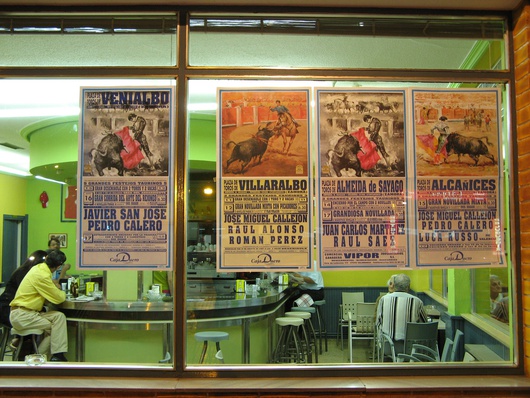 But like every sport there’s much more to it than what goes on the pitch. Away from the central spectacle you have a beautiful culmination of music, art and culture contributing to an event which many consider a symbol of national heritage. The array of visual treats on offer from the grand architecture to the spectacularly tailored suites is enough to draw large crowds of locals and, of course, visiting tourists. 'I’m here for the atmosphere. I expect I’ll probably turn away at the first sight of blood,' explains Amy Wray, a Welsh national living in Barcelona. However, this won’t be her first experience of this nature. While travelling in Colombia last year she chanced on a cockfight in the small village of Sant Agustín. 'I didn’t want to go at first but my boyfriend dragged me along. It turned out to be one of the most interesting parts of the trip.' The fighting and cruelty is something Amy says she will never agree with, but she values the 'cultural experience' as priceless. 'The comradery and bonding between the locals' is something that has stayed with her until today. 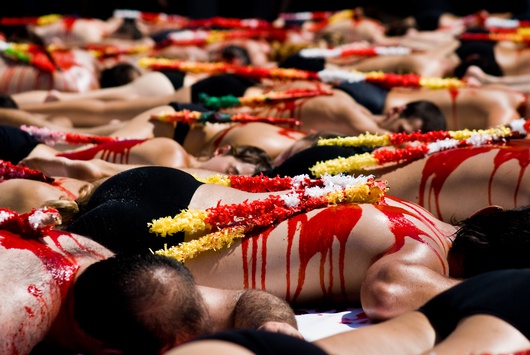 The very same attractions are clearly mirrored in the Spanish obsession with bullfighting, from the emotion of the event to the buzz of the social interaction. Each corrida is a festival of colour, tradition and beauty and a passionate expression of culture. It’s an event with a long history, slowly developed and repeated season after season until the present day. 'Everything is the product of a process of culture and tradition in bullfighting,' explains Hilda Tenorio, one of Mexico’s finest female bullfighters. 'It’s a very traditional fiesta which is full of art.' A fiesta where time is carefully preserved in every part of the gradually evolved liturgy, from the age old suits of gold and silver which are a 'product of the tradition', to the order of the delicately orchestrated show, where 'there are no half measures.' Ultimately, it’s a show unrivalled in its ability to connect people and attract such enthusiasm over an act so entrenched and enriched with history.

Nevertheless a ban on the sport in the province of Catalonia has been pending in the local parliament since January 2010, awaiting a date for a full vote. Carried to the parliament by way of over 150, 000 odd signatures in an 'Iniciativa Legislativa Popular' (ILP, 'popular legislative initiative'), it is evident that public sentiment lies behind the move but whether or not it will become law is difficult to foresee. 200 people protested its abolishment in Mallorca on 11 April. Whatever the result, the parliament is likely to face an internal battle as parties split on the issue. What’s more, the elected representatives face a personal battle over 'heart and mind', as one Barcelona lawyer put it to me, as they contemplate an end to a fervent blend of culture and tradition in the region.