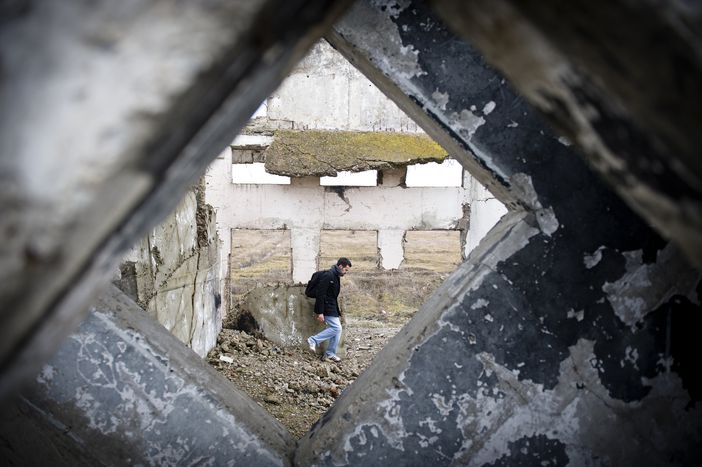 Balkans and Beyond: who is hiding behind the project?

Our project Balkans & Beyond is currently in progress. Our multicultural team of journalists and photographers are currently on the ground to realise their feature reports. Before reading their articles, we suggest you to discover more about their history and experience.

Fisnik Dobreci was born in 1985 in Prishtina, Kosovo. He began his photography career in 2005 at the daily newspaper “Express” where he worked for almost five years. He worked at the Serbian minority weekly newspaper “Glasnik” from 2006 to 2007 and also became a Kosovan contributor for the London newspaper “The Guardian”. He participated in collective photography exhibitions in Kosovo, Montenegro, Albania, Slovakia, Croatia and America. In 2009, he was awarded with “Gjon Mili” award, international photography competition, organized in Prishtina. He is currently a freelance photographer, based in Ulcinj, Montenegro.

Natasa Kramberger is a freelance author from Slovenia, based in Berlin. Born in 1983, she was a member of the “last Tito-Pioneers generation” in Slovenia. Natasa writes narrative reportages, essays and novels, is the author of three books, one of them the collection of reportages. Her first novel (2007) received the EU Prize for Literature, it’s been translated into 10 languages. In 2009, she established an eco-artistic NGO Zelena centrala in Slovenia, where she explores questions of social ecology; in 2014, she published a collection of reportages about Berlin, Havana and other places, Wall Less — A newspaper tale on Berlin and other places, and founded another NGO in Berlin called Periskop. 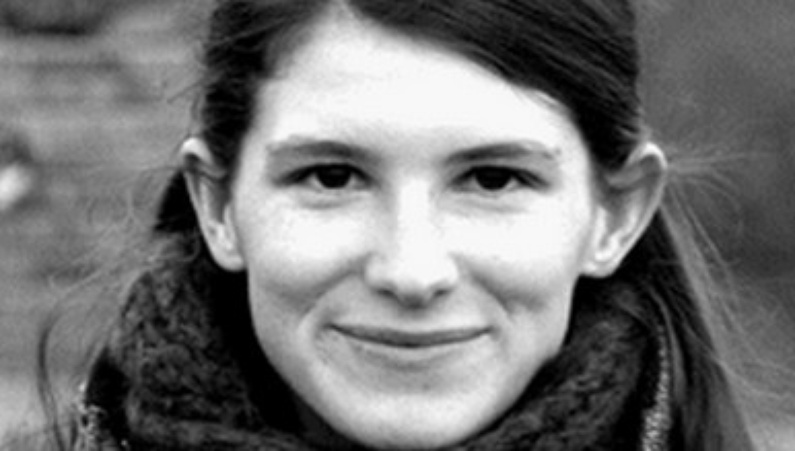 Mirza Ajnadžić started his career in 2009 on EFM student radio in Sarajevo. In 2010, he finished a course at the Institute for War and Peace Reporting (IWPR) in Sarajevo and was involved in a project “Tales from the Transition”. His story about “the Others, as an minority in BiH” was awarded by the New York’s Ground Reporting. He also collaborates as a screenwriter and documentary report author with the Foundation for Creative Development from Sarajevo. In 2012, he co-founded an NGO, “Center for Cultural and Media Decontamination”, focusing on educating youth in citizen journalism. In 2013, he directed his first documentary movie “May 31st”. 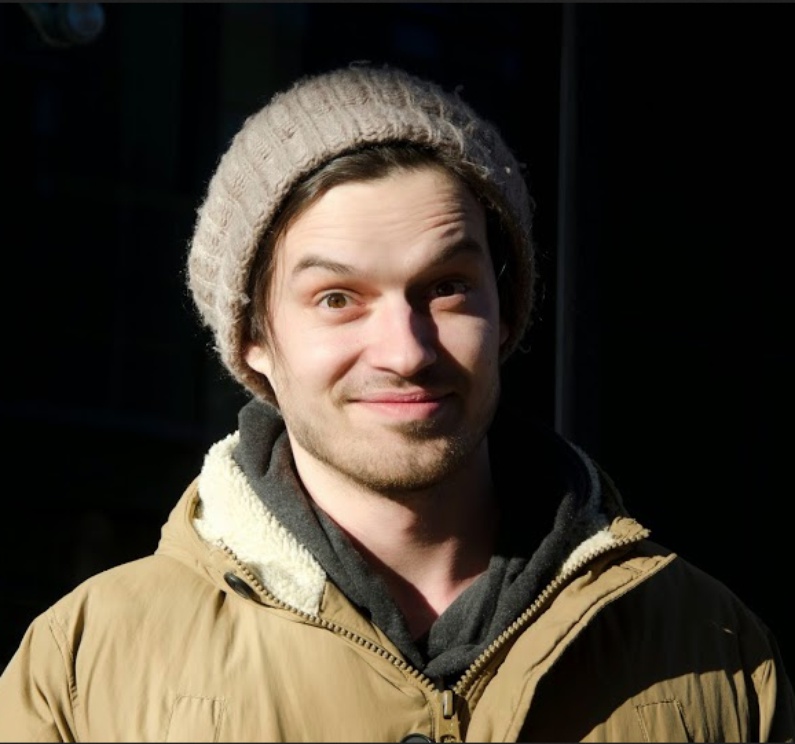 Jelena Prtorić is a Croatian freelance journalist reporting (mostly) from South-East Europe. She holds a Master’s degree in Journalism from Sciences Po journalism school in Paris, and has worked for various print, web and radio outlets in French, English and Croatian. When she is not writing, reading long-form journalism or translating graphic novels, she gets geeky with data and enjoys taking photos. 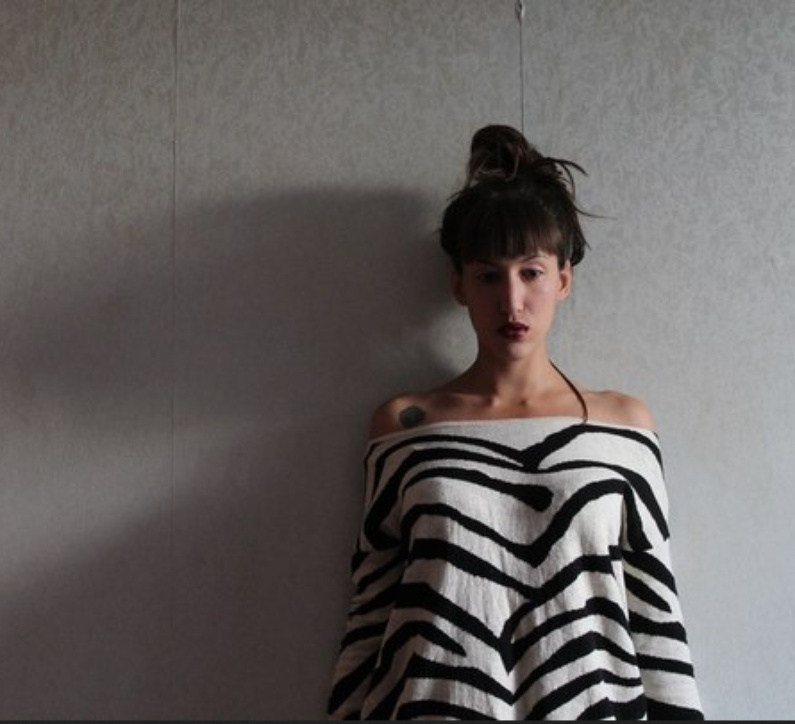 Zaklina Hadzi-Zafirova lives in Skopje and has more than 15 years of experience in journalistic fields. She started her career at the “Dnevnik” newspaper before writing investigations, comments and analysis for the daily “Utrinski vesnik”. In 2006, she moved to London, as a fellow of the London Institute for War and Peace Reporting (IWPR). She is the co-founder and director of the Centre for investigative journalism SCOOP-Macedonia, a network sponsored by the Danish association of investigative journalism. In 2015, she received a prize for a story that looked at the impact of pollution on local cases of cancer and the authorities’ lenient attitude toward such polluters.

Since 1999, Kosovar journalist, Muhamet Hajrullahu has worked for a number of Kosovo media outlets, including Kohavision, the national TV station, where he was a journalist and editor. He is now one of the two main presenters of the most popular and cutting-edge TV current affairs show in Kosovo, Jeta në Kosovë (Life in Kosovo). President of the Assembly of the Balkan Investigative Reporting Network (BIRN), he used to produce TV documentaries and was news editor for Kokhavision (KTV), the national TV station in Prishtina.

Marina Lalovic is a Serbian journalist. She worked as a correspondent for a Serbian daily “Politika” and also for the Serbian radiotelevision B92. She is currently working at Rai (Italian national broadcasting Company), where she hosts Radio3Mondo, a radio show focusing on a news from around the world, international press review, stories, interviews and on-the-spot reporting including highlights. Marina also writes stories for a Serbian magazine “Vreme” and was one of the reporters of BABEL TV, a first Italian TV station completely dedicated to immigration issue in Italy. 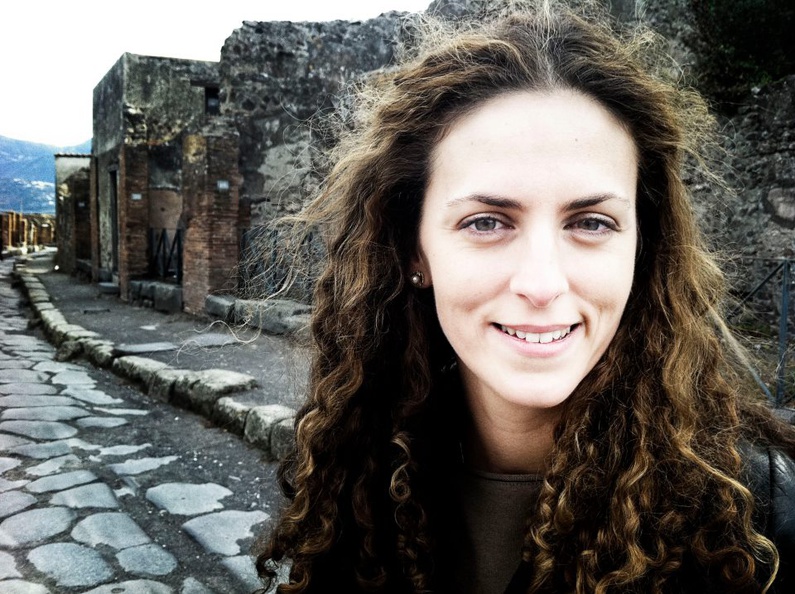 Jasmin Brutus is 34 years old documentary photographer who lives in Sarajevo, Bosnia-Herzegovina. He has worked as a photographer for a number of major domestic newspapers and magazines. His works appeared in Los Angeles Times, The Guardian, Le Monde Diplomatique, Het Parool, Le Temps, Le Pelerin, Monocle just to name a few. He has received several grants including Ex-changes, sponsored by the German government and SEE New Perspectives supported by World Press Photo and Robert Bosch Stiftung. In 2014, he was chosen to take a part in a pilot project Young Filmmakers for Peace, for the goEast Film Festival Wiesbaden (Germany) and Robert Bosch Stiftung. 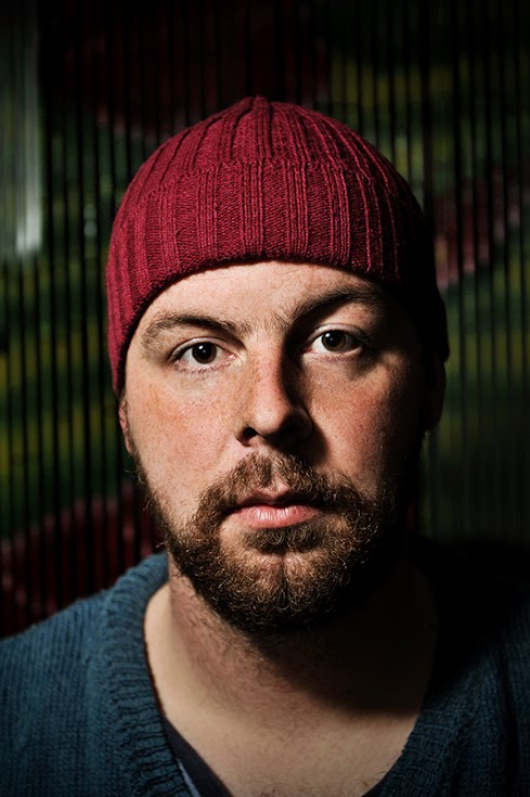 Lana Pasic is currently based in Sarajevo and works as a development consultant and freelance writer. She is editor for Balkanalysis for her native Bosnia & Herzegovina and also a regular contributor to the Al Jazeera English Opinion section. Lana has worked in research and development, with Oxfam GB, Save the Children UK, Institute for Minority Rights at the European Academy (EURAC) in Bolzano, Italy and the Community Development Foundation Mozaik in Sarajevo. Lana has research experience in Bosnia and Herzegovina, Italy, UK and Tanzania. Her areas of research expertise include international development, education, youth participation, peace and conflict studies, and international relations in the Western Balkans and sub-Saharan Africa. 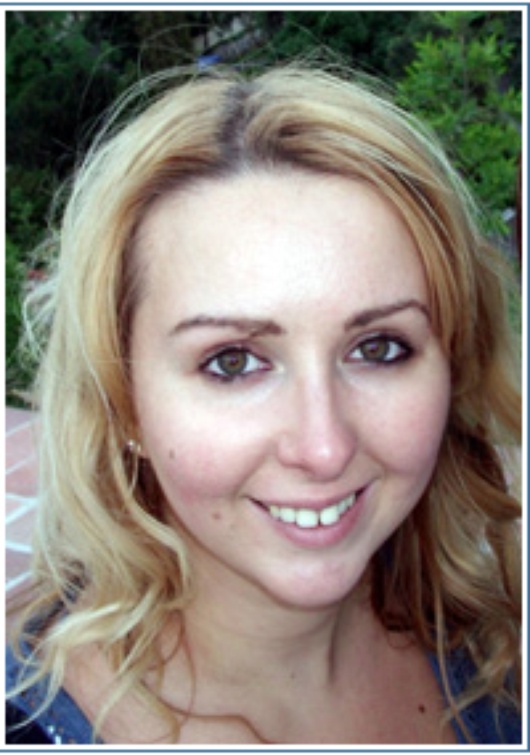 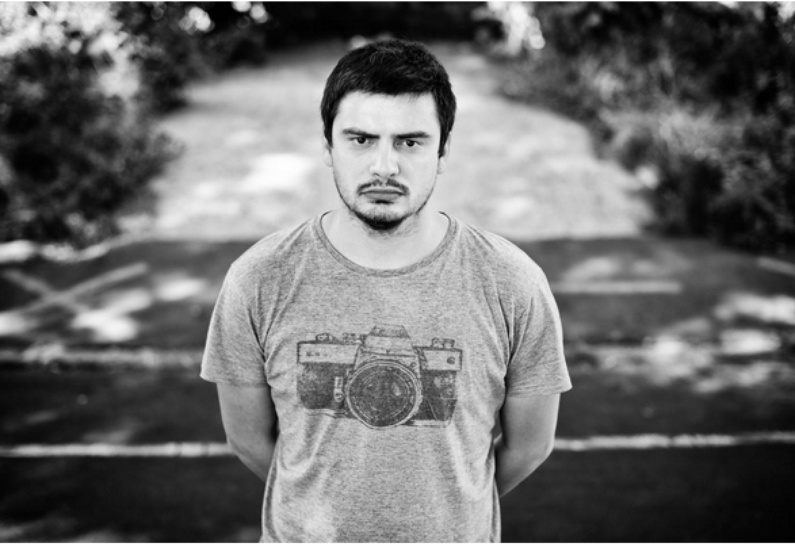 Jelena Kulidžan was born in Mostar, Bosnia and Herzegovina and has lived in Podgorica since 1992. After her graduation in Political Science, she chose to be a TV journalist, reporting both in the country and abroad. First, she was reporter for prime time news for TV IN, a private local TV channel where she covered social, economic and political topics. Since 2009, she works as a reporter, an editor and the anchor of morning news for Vijesti TV, one of the most respected media in the country. She is also now co-editor and presenter of prime time news. In 2010, she received a Balkan Fellowship for Journalistic Excellence and was a scholar of the Balkan Investigative Reporting Network (BIRN). 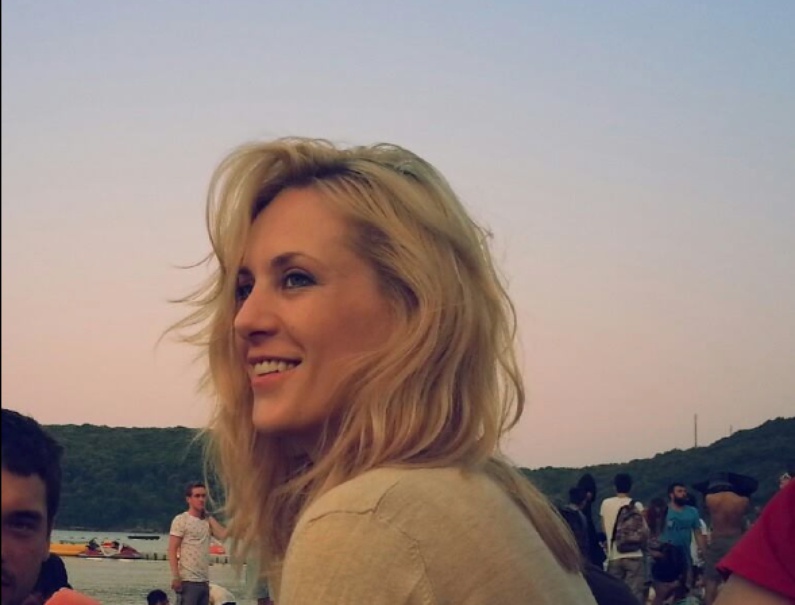 Tomislav Georgiev was born in Skopje, Republic of Macedonia. In 1998, he started working professionally as a photo journalist in several student newspapers and continued working as a photo journalist and photo editor for “Fokus” weekly magazine. His work has been published in many prestigious newspapers: Le monde, Sunday Times, Financial Times “ etc. He has collaborated with the most famous world press agencies and he was UNICEF photographer for Macedonia in 2010. Being one of the most creative photographers in Macedonia his work has been commended many times, for example: SOROZ Foundation photo contest –Second place. Grand Prize in photography for 2004 in Macedonia. Grant Award from Stability Pact for Macedonia. United Nations Award for photography in 2006. United Nations First Prize for 2008. United Nations First Prize for 2009.

Based in Zagreb, Barbara Matejčić is an awarded freelance Croatian journalist, editor and researcher focused on social affairs and human rights. She writes regularly for Croatian and international print and online media and produces radio features and documentaries. She has been collaborated with the Balkan Investigative Reporting Network and Danish network for investigative journalism SCOOP. She was awarded as a best print journalist in 2013 in Croatia. Barbara was selected for several European fellowships and she currently works on her first non-fictional book about marginalised groups, soon to be published. 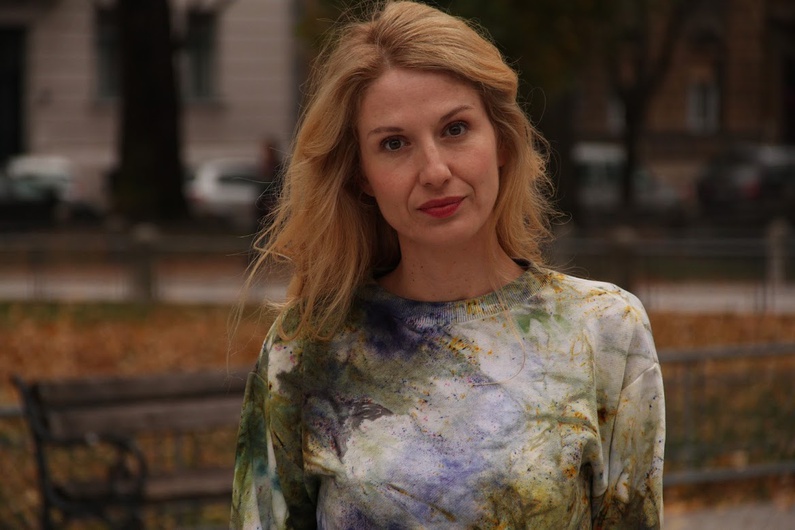 Matic Zorman is a slovenian photojournalist, born in 1986. In 2008 he was invited to contribute news images to a variety of slovenian newspapers and magazines on a daily basis, which marked the beginning of his career. Since documenting aftermath of Palestinian-Israeli conflict in Gaza for the first time in 2010, he has focused on unveiling and highlighting the humanitarian issues that remain hidden in one of the most reported conflicts. Matic is passionate about documentary projects and reporting of conflicts through a personal stories of those affected by it. In 2013 he was invited in roster of emerging talents by Reportage by Getty Images, in 2015 he at- tended noor-nikon Masterclass in belgrade. His work was published in The Washington Post, The Independent, National Geographic Slovenia and numerous other publications. 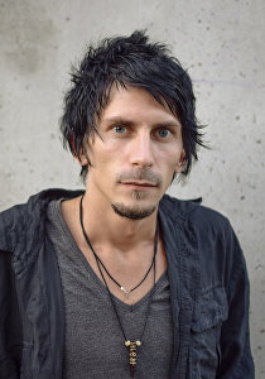 The project Balkans & Beyond is financed by Allianz Kulturstiftung and Babel Deutschland with moral support from the Babel International network.