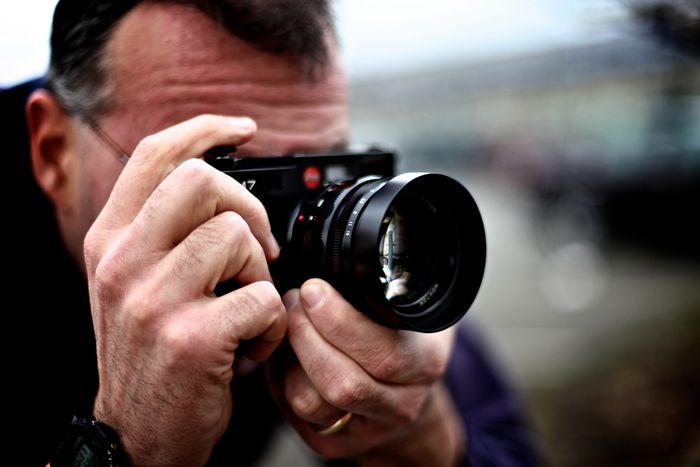 Balkans and Beyond photographer for World Press Photo prize

Slovenian photographer, Matic Zorman likes "strong cigarettes, strong coffee, strong character". For a striking image of a child covered with a raincoat while waiting behind bars at a refugee camp in Serbia, he just received a World Press Photo Award, in the Portrait category. Part of the team of Balkans&Beyond; he talks about war, corruption and the "science of swearing".

Did you experience any of the 90’s Balkans war?

As a 5-year-old child, I experienced the Balkans war mostly in our basement, where we occasionally went to take shelter during the fly-overs of the fighter jets.

What do you remember from this time?

I will never forget two memories from wartime in Slovenia. As I live in the vicinity of the main Slovenian airport, I constantly heard the fighter jets flying by towards the antennas  on Krvavec hill, which were their targets. As they flew so low, I was really excited to hear the windows of our apartment shaking.

The other memory is a scene from a TV report. In it, an old refugee mother, who visibly resembled my great-grandmother, was crying and shaking so hard I was overwhelmed with feelings and started to cry as well. I believe this planted the seeds of my present day work.

Do friends and family in your environment still talk about Tito and Yougoslavia time? Is there a certain Tito-stalgia?

Yes, a lot! As the economic and political health of Slovenia is drastically spiralling downwards, Tito-stalgia is quite present. Though, normally, a lot of people don’t necessarily agree with everything Tito has done. But the majority of people still prefer fair employment, social care and honest people, which were some of the values of Yugoslavia, instead of today's corruption, exploitation of capitalism and cold instant coffee.

3 words to sum up the Balkans today?

The main problems of the region according to you?

There are two kinds of corruption in my opinion. Once, there was fair corruption in politics. Now it’s dirty, and full of opportunistic money grabbing, exploitation by large companies, confusion and insensitivity towards the poorer class.

Do you have any person/VIP from the region you admire?

A custom/habit/particularity of the Balkans you especially like? Dislike?

Strong cigarettes, strong coffee, strong characters. The science of swearing, humour, and home made coffee. Old people with virtues and values they still hold on to. I dislike the modernisation that is stripping away the Balkaness from the Balkans.

Why did you take part in the Balkans&beyond project?

I wanted to present a brief view of "my" region through my photos.

What story did you work on?

Encounters on the borders: about a former Bosnian refugee, who is now volunteering during the current refugee crisis in the Balkans.

What did you learn? What surprised you?

I learned I really don’t know as much about the Balkans as I thought I did: the history, the locations... It was surprising and motivational work, to explore more.

How was the transnational aspect of "working together"?

With interesting tales, good food, even better coffee and cigarettes, and fun, I couldn’t go wrong. I just wish I had more time to work in the field and consequently have better access and more intimacy in the story.

This article was originally published here.